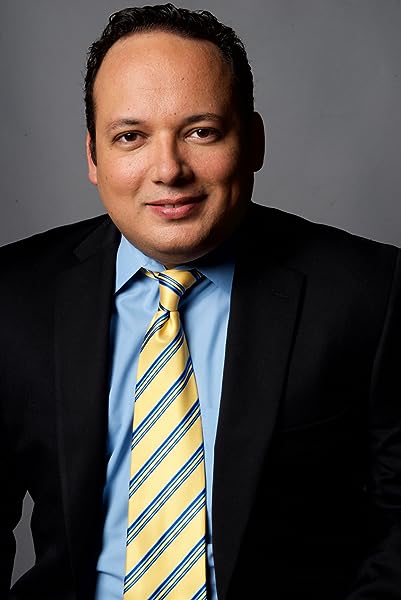 by David Sola (Author), Sebastian York (Reader)
4.7 out of 5 stars 1,031 ratings
See all formats and editions
Sorry, there was a problem loading this page. Try again.

Alice in Chains was the first of grunge's big four - ahead of Nirvana, Pearl Jam, and Soundgarden - to get a gold record and achieve national recognition. With the charismatic Layne Staley behind the microphone, they became one of the most influential and successful bands to come out of the Seattle music scene. But as the band got bigger, so did its problems. Acclaimed journalist David de Sola follows the members from their inauspicious beginnings at a warehouse under the Ballard Bridge through the history of the band, charting:

The local hair metal scene in Seattle during the 1980s.

How drugs nearly destroyed the band and claimed the lives of Staley and founding bassist Mike Starr.

Jerry Cantrell's solo career and Mike Starr's life after being fired from the band.

The band's resurrection with William DuVall, the Atlanta singer/guitarist who stepped into Layne Staley's shoes.

Based on a wealth of interviews with people with direct knowledge of the band and its history, many of whom are speaking on the record for the first time, Alice in Chains will stand as the definitive Alice in Chains biography for years to come.

4.7 out of 5 stars
4.7 out of 5
1,031 global ratings
How are ratings calculated?
To calculate the overall star rating and percentage breakdown by star, we don’t use a simple average. Instead, our system considers things like how recent a review is and if the reviewer bought the item on Amazon. It also analyses reviews to verify trustworthiness.

Mistress Jessica. B.
5.0 out of 5 stars This is a book i am still to read.
Reviewed in Australia on 23 July 2019
Verified Purchase
Delivery was fine.
Have yet to start reading this...
But thats me.. and not others that have. See there reviews.
Read more
Helpful
Report abuse

gommine
4.0 out of 5 stars The best we've got until the other band members talk
Reviewed in the United Kingdom on 25 August 2015
Verified Purchase
If you’re a fan of Alice in Chains, you have probably scoured Amazon at regular intervals to find a biography of the band or of the late Layne Staley. The only biography of Staley that had been published so far was notoriously unreliable and poorly written, and the best account of the band’s history was to be found in Mark Arm’s oral history of grunge, ‘Everybody Loves Our Town’. Therefore, David de Sola’s book was a much needed, long overdue account of the rise and fall - and rise again - of this incredible band.

Like most biographies, ‘Alice in Chains: The Untold Story’ is a little chaotic, with jumps in the timeline which fans of the band will occasionally question. I find that a common trait in biographies when so many ‘characters’ are involved. And that’s the other problem: there are a lot of ‘characters’ in this book, and I would have liked to be able to refer to an Appendix at the end to remind myself of who was who. Unfortunately, no such ‘cast list’ is included.

The remaining members of the original Alice in Chains line up are notoriously private, and as a result, they declined to be involved with De Sola’s research. Similarly, Layne Staley’s mother did not respond to the author’s interview requests. Therefore, the book relies on the account of ‘secondary’ sources - friends, staff members and assorted hangers-on. But all considering, De Sola does a very good job of stitching together a coherent account of the events from the sources available, and the ‘story’ flows as well as it can do, albeit with a heavy Layne bias. Modern day Alice in Chains are barely touched on, but I have to admit that I have little interest in their current incarnation. As Susan Silver is quoted to say at one point in the book, ‘Layne *is* Alice in Chains’.

Maybe one day Cantrell, Kinney and Inez will ‘talk’ and allow their version of the events to surface in a new biography; but for the time being, David De Sola’s book is all we have. It’s certainly a great read which all fans of the bands will no doubt devour.
Read more
14 people found this helpful
Report abuse

Mikkel Fregerslev Larsen
4.0 out of 5 stars A good account of the history of Alice In Chains
Reviewed in the United Kingdom on 17 November 2020
Verified Purchase
This a pretty thoroughly researched book about Alice in Chains, no doubt. As a fan through 27 years it did reveal a lot of interesting details.

That said there is some things to point out. The book does not include first hand interviews with the bandmembers Jerry Cantrell, Sean Kinney and Mike Inez. Though several other people and family members have been interviewed and that these accounts altogether makes for a decent historical overview, you are left feeling a little alianated from the direct sources.

Secondly, the book puts a lot of attention on the late Layne Staley, which kind of scews the picture of the band, which were four even parts in a band of brothers.

I also need to warn fragile souls: The accounts of Layne Staleys later life are by all means not pleasant reading. It is truly horrifying to read how Layne Staley got caught in a long downwords spiral caused by drug abuse and it is as sad at it is scary.

That said, it is a good book that also highlights the beauty of the people involved and the extreme power of their music, which is what stands back and what should be remembered.
Read more
Report abuse

JDM
3.0 out of 5 stars Disappointing
Reviewed in the United Kingdom on 1 September 2015
Verified Purchase
Although the foreword makes it clear that its impossible to tell the Alice in Chains story without addressing Layne Staley's drug issues, in reality this dominates the book. Its essentially the Lane Staley story, which although vital, it is disappointing that more isn't dedicated to the band as a whole. William DuVall subsequently joining the band and his contribution is confined to a handful of pages, and there's hardly a mention of the remaining band members solo works. It could have been a lot better.
Read more
6 people found this helpful
Report abuse

FridayIsCute 🙂
5.0 out of 5 stars Perfect gift
Reviewed in the United Kingdom on 4 August 2018
Verified Purchase
A gift for the girlfriend, she loves this band. She says it's a good book so far!
Read more
Report abuse