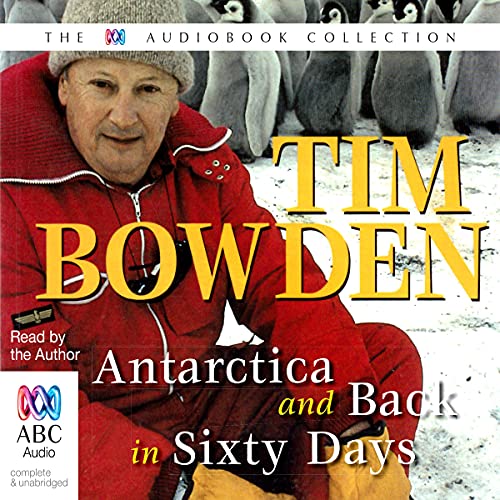 Antarctica & Back in 60 Days

Antarctica and Back in Sixty Days is characterised by Bowden's well-honed sense of the absurd and his story is told in the effortless way which has assured his success as both writer and broadcaster. It contains descriptions of exciting and dangerous episodes, crazy practical jokes, overwhelming beauty, and the hilarious incidents which punctuated his journey.

Read more
©1999 Tim: Bowden (P)2013 Australian Broadcasting Corporation
Previous page
Next page
Learn more about membership
By completing your purchase, you agree to Audible’s Conditions Of Use and Privacy Notice.
Sold and delivered by Audible, an Amazon company