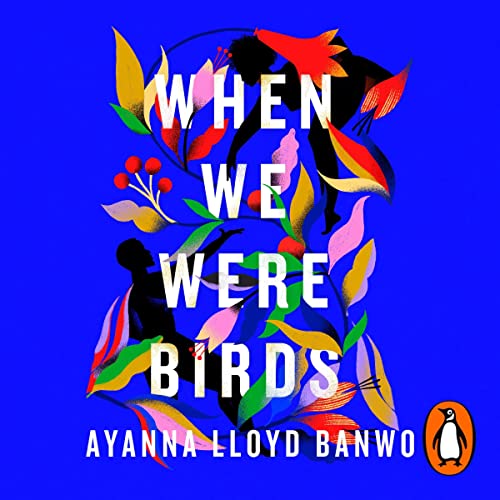 When We Were Birds

Mesmerising, mythic and timeless - the most unmissable debut novel of 2022 - for fans of Arundhati Roy, Toni Morrison and Monique Roffey.

Darwin is a down-on-his-luck gravedigger, newly arrived in the Trinidadian city of Port Angeles to seek his fortune, young and beautiful and lost. Estranged from his mother and the Rastafari faith she taught him, he is convinced that the father he never met may be waiting for him somewhere amid these bustling streets.

Meanwhile in an old house on a hill, where the city meets the rainforest, Yejide's mother is dying. And she is leaving behind a legacy that now passes to Yejide: the power to talk to the dead. The women of Yejide's family are human but also not - descended from corbeau, the black birds that fly east at sunset, taking with them the souls of the dead.

Darwin and Yejide both have something that the other needs. Their destinies are intertwined, and they will find one another in the sprawling, ancient cemetery at the heart of the island, where trouble is brewing....

Rich with magic and wisdom, When We Were Birds is an exuberant, incantatory masterpiece that conjures and mesmerises on every line. Ayanna Lloyd Banwo weaves an unforgettable story of loss and renewal, darkness and light; a triumphant reckoning with a grief that runs back generations and a defiant, joyful affirmation of hope.

4.4 out of 5 stars
4.4 out of 5
240 global ratings
How are ratings calculated?
To calculate the overall star rating and percentage breakdown by star, we don’t use a simple average. Instead, our system considers things like how recent a review is and if the reviewer bought the item on Amazon. It also analyses reviews to verify trustworthiness.

Catmandu
5.0 out of 5 stars A must-read
Reviewed in the United Kingdom on 11 February 2022
Verified Purchase
This compelling novel from Trinidadian writer Ayanna Lloyd Banwo makes a welcome change from the recent trend for sprawling doorstoppers. When We Were Birds provides all the pleasures of a much bigger magical-realist novel within its beautifully-crafted 280 pages. Set in a fictionalised Port Angeles, its two central characters are recently-bereaved Yejide and reluctant gravedigger Darwin. They share heartbreak and hardship, but also humour: the dialogue is sharp and funny. Gradually their stories come together, weaving myth and magic within a framework of detailed realism. Lyrical and affecting, this is a remarkable debut and a must-read.
Read more
4 people found this helpful
Report abuse

Bukola Akinyemi
4.0 out of 5 stars Mixed genre well done
Reviewed in the United Kingdom on 24 July 2022
Verified Purchase
Set In Trinidad, this novel follows two people wrestling with their destinies.

Darwin, born and raised a Rastafarian wakes up one day and cuts off his locks. He later goes on to work as a grave digger because this was the only job he could get. Anything to do with the dead is forbidden by his religion and his mother.

Yejide (coincidentally a Yoruba name meaning the mother has come again) belongs to a family which has strong connections to their dead ancestors.

Both Yejide and Darwin come together when Yejide goes to Fidelis to bury her mother, they are drawn together by a force neither can explain. They are both healed by the power of love.

It’s not that straightforward though. A lot happens along the way. There is crime and suspense. Loss, pain, denial, heartbreak and pain.

I would say this is a mixed genre novel, it’s contemporary with a bit of myth and magic.

Sasha
5.0 out of 5 stars A book you can’t put down
Reviewed in the United Kingdom on 22 February 2022
Verified Purchase
Astonishing, beautifully written. A book that draws you into all of the wonderful details and takes you deep into your own imagination. I haven’t wanted to put it down.
Read more

5.0 out of 5 stars A book you can’t put down
Reviewed in the United Kingdom on 22 February 2022
Astonishing, beautifully written. A book that draws you into all of the wonderful details and takes you deep into your own imagination. I haven’t wanted to put it down.
Images in this review

Kindle Customer
4.0 out of 5 stars Excellent read.
Reviewed in the United Kingdom on 21 March 2022
Verified Purchase
This is a very well written novel, that I enjoyed reading very much.. I would recommend it to anyone who, love ghost stories and romance. It is able to transport you to the West Indies in no time at all.
Read more
One person found this helpful
Report abuse

JY
5.0 out of 5 stars Warm, imaginative, lovely read
Reviewed in the United Kingdom on 5 July 2022
Verified Purchase
When we were birds was beautifully woven around its characters and it was easy to fall into picturing the people, places, happenings.. I really enjoyed it
Read more
Report abuse
See all reviews