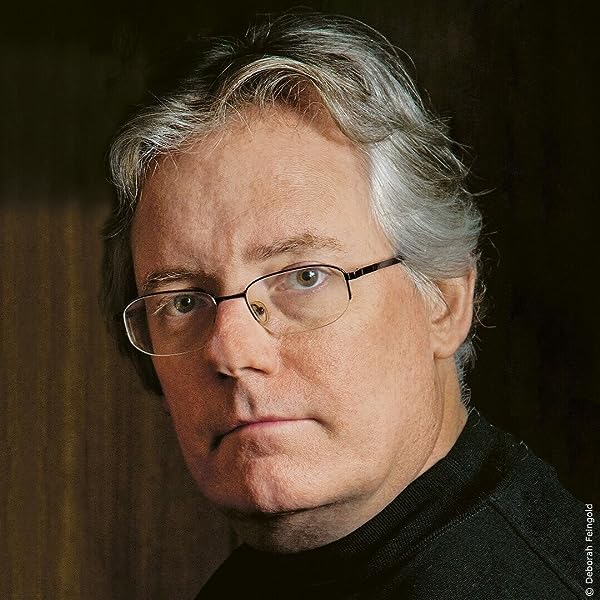 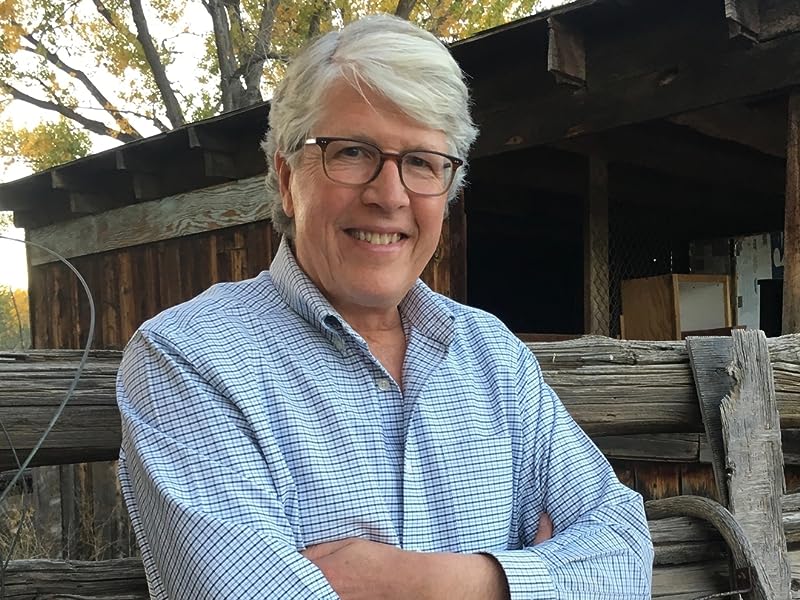 by Douglas Preston (Author)
4.4 out of 5 stars 1,701 ratings
Book 4 of 5: Gideon Crew
See all formats and editions
Sorry, there was a problem loading this page. Try again.

Gideon Crew races to destroy an extraterrestrial organism that has embedded itself in the sea bed and threatens the very existence of humankind.

60° SOUTH:
NOTHING BUT SEA, ICE AND UNFETTERED STORMS.
BUT TWO MILES DOWN, SOMETHING IS STIRRING.

Five years ago, Eli Glinn led a mission to recover a 25,000-ton meteorite – the largest ever discovered – from a remote island off the coast of South America. It ended in disaster when their ship foundered and broke apart in a vicious storm.

But now, two miles down in dark Antarctic waters, something is growing. A vast, grotesque structure is simultaneously reaching up towards the waves and burrowing deep into the sea floor. Eli Glinn's worst fear has been realised. He has no choice but to return to the Southern Ocean and attempt to annihilate an entity that threatens the existence of the planet.

But, as he will discover, the entity has no intention of going quietly.

'For those who like their thrillers flavoured with outlandish science, possible alien threat and potential global extinction, the name, or rather names, to watch is that of writing duo Preston & Child. In fact you might say that Douglas Preston and Lincoln Child have cornered this rather exclusive market and their latest, Beyond the Ice Limit, contains all the crowd-pleasing ingredients one has come to expect' ― Shots Magazine

Douglas Preston & Lincoln Child are the authors of internationally bestselling thrillers, including the Agent Pendergast adventures. Douglas lives in New Mexico, Lincoln in New Jersey.
Start reading Beyond the Ice Limit (Gideon Crew Book 4) on your Kindle in under a minute.

4.4 out of 5 stars
4.4 out of 5
1,701 global ratings
How are ratings calculated?
To calculate the overall star rating and percentage breakdown by star, we don’t use a simple average. Instead, our system considers things like how recent a review is and if the reviewer bought the item on Amazon. It also analyses reviews to verify trustworthiness.

keith falconer
4.0 out of 5 stars INTERESTING
Reviewed in Australia on 9 October 2016
Verified Purchase
Wasn't one of my favorites , all the same, anything written by these, guys is worth a look. In this genre Preston and Child rock.
Read more
One person found this helpful
Helpful
Report abuse

Kindle Customer
4.0 out of 5 stars Good read
Reviewed in Australia on 21 November 2016
Verified Purchase
Enjoyed this book nearly as much as the Ice Limit. A new character was added and this was a good change. Always good stories from these authors
Read more
Helpful
Report abuse

Bec
3.0 out of 5 stars Ok
Reviewed in Australia on 27 December 2017
Verified Purchase
Was a bit unbelievable, but I had to get to the end! I have been In those waters and they are rarely as calm as described!
Read more
Helpful
Report abuse
See all reviews

harpoon guns to 'safe', please
2.0 out of 5 stars Yawwwnnnnn
Reviewed in the United Kingdom on 18 November 2017
Verified Purchase
I really enjoyed “The Ice Limit” ten odd years ago or more; it was a fantastic example of the snappy, short-chapter airport novel genre, out Dan Brown-ing Dan Brown.

However, the formula is no longer novel and we want content.

This tries, it really does, but for some reason, the dreadful lack of technical understanding on display here ruins the aspects that were so enjoyable in TIL, and the new, science-fictiony stuff, well, let’s say that few people who don’t routinely write science fiction write it well when they try.

The first of the novels involving Gideon Crew that I’ve read, I think it will be the last. To be honest, the last from these authors, I think. “Riptide” was bad enough, but this has ruined a book in TIL that I did enjoy.

Since it fulfils the “light and easy, no effort” criterion, I don’t think it deserves just one star, but it doesn’t merit more than two.
Read more
One person found this helpful
Report abuse

Andy Hill
4.0 out of 5 stars A timely conclusion to the Gideon series
Reviewed in the United Kingdom on 20 June 2016
Verified Purchase
A more than competent follow-up to The Ice Limit. I had been looking forward to the conclusion of the series and enjoyed the pace and story development. The links to the previous books were well made but I was left wanting a little more, I cannot put my finger on it exactly but there was just something not quite right to warrant a full five stars. If, like me, you enjoy Preston and Child then you are sure to enjoy this book. I hope that one or two of the characters appear in future books.
Read more
3 people found this helpful
Report abuse

Kindle Customer
5.0 out of 5 stars Really really good stuff as always
Reviewed in the United Kingdom on 20 October 2016
Verified Purchase
This book managed to get me doing something I've not done in a long time.... read in bed at night and fight off sleep for as long as possible.... I usually get half a page in, feel the eyes getting heavy and I'm gone but with beyond the ice limit I didn't give in to sleep... and once the paranoia element got thrown into the mix after the isolation.... sold! There's a lot of rubbish out there, I'd just finished something I personally would shelve in that category, thankfully though there's quite a bit of Preston and Child out there too, brilliant read
Read more
Report abuse

waycat
4.0 out of 5 stars Fun and gruesome!
Reviewed in the United Kingdom on 6 April 2017
Verified Purchase
Brilliant follow up to The Ice Limit, and also fits in very nicely as the fourth book in the Gideon Crew series.

Good fun, brilliantly gruesome in places it had me feeling quite queasy at times!

Recommended to all Preston/Child fans and for those who want something pacy, clever and gripping all in equal measure.
Read more
Report abuse

Philip Spick
5.0 out of 5 stars Amazing Story.
Reviewed in the United Kingdom on 1 January 2018
Verified Purchase
Thoroughly enjoyed this grand finale to Ice Limit. Gripping from start to finish and really struggled to put it down. I can only highly recommend both Ice Limit and this story to adventure readers. Well placed and believable.
Read more
Report abuse
See all reviews