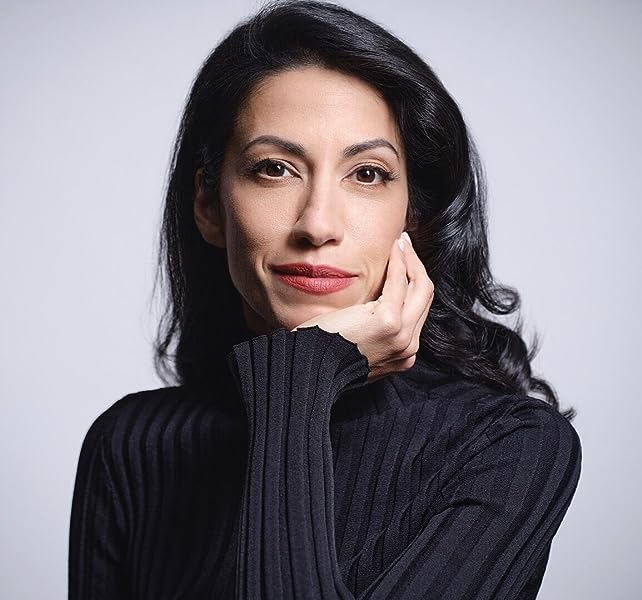 Both/And: A Life in Many Worlds Audio CD – Unabridged, 2 November 2021

by Huma Abedin (Author)
4.6 out of 5 stars 1,038 ratings
See all formats and editions
Sorry, there was a problem loading this page. Try again.

[*Read by the author]

In this beautifully written and propulsive memoir, Huma Abedin -- Hillary Clinton’s famously private top aide and longtime adviser -- emerges from the wings of American political history to take command of her own story.

The daughter of Indian and Pakistani intellectuals and advocates who split their time between Saudi Arabia, the UK, and the United States, Abedin grew up in many worlds. Both/And grapples with family, legacy, identity, faith, marriage, and motherhood with wisdom and sophistication.

Abedin launched full steam into a college internship in the office of the first lady in 1996, never imagining that her work at the White House would blossom into a career in public service, nor that the career would become an all-consuming way of life. Still in her twenties and thirties, she thrived in rooms with diplomats and sovereigns, entrepreneurs and artists, philanthropists and activists, and witnessed many crucial moments in 21st-century American history -- Camp David for urgent efforts at Middle East peace in the waning months of the Clinton administration, Ground Zero in the days after the 9/11 attacks, the inauguration of the first African American president of the United States, the convention floor when America nominated its first female presidential candidate.

Abedin’s relationship with Clinton has seen both women through extraordinary personal and professional highs, as well as unimaginable lows. Here, for the first time, is a deeply personal account of Hillary Clinton as mentor, confidante, and role model. Abedin cuts through caricature, rumor, and misinformation to reveal a crystal-clear portrait of Clinton as a brilliant and caring leader a steadfast friend, generous, funny, hardworking, and dedicated. Both/And is a candid and heartbreaking chronicle of Abedin’s marriage to Anthony Weiner, what drew her to him, how much she wanted to believe in him, the devastation wrought by his betrayals -- and their shared love for their son.

Both/And is incisive, inclusive, engaging, beautifully written. You will love every moment you spend in the company of this extraordinary woman, who is Hillary Clinton's right hand and so much more.

The writing is just gorgeous. I was gobsmacked.

HUMA ABEDIN has spent her entire career in public service and national politics, beginning as an intern in First Lady Hillary Clinton's office in 1996. After four years in the White House, she worked in the US Senate as Senior Advisor to Senator Clinton and was traveling Chief of Staff for Clinton's 2008 presidential campaign. In 2009, she was appointed Deputy Chief of Staff at the US Department of State. Huma served as Vice Chair of Hillary for America in 2016, resulting in the first woman elected nominee of a major political party. She currently serves as Hillary Clinton's Chief of Staff. Born in the United States and raised in Saudi Arabia, Huma moved back to the US in 1993. She lives in New York City with her son, Jordan. 'Both/And' is her first book.
Start reading Both/And: A Life in Many Worlds on your Kindle in under a minute.

4.6 out of 5 stars
4.6 out of 5
1,038 global ratings
How are ratings calculated?
To calculate the overall star rating and percentage breakdown by star, we don’t use a simple average. Instead, our system considers things like how recent a review is and if the reviewer bought the item on Amazon. It also analyses reviews to verify trustworthiness.

There are 0 reviews and 36 ratings from Australia

Sharon Broski
5.0 out of 5 stars Things are Not What They Seem
Reviewed in Canada on 6 December 2021
Verified Purchase
I thoroughly enjoyed reading this book as it gave the reader a feel for what it is like to work
behind the scenes for a high profile person and how loyal Huma was working many long hours
for a boss who was also her friend. It also gave an insight that no one really knows a person
even when married to someone as there is often a dark side that the spouse is not aware of
and when this dark side was revealed it effected her marriage and extended family in a crucial
way. A real good read and a page turner.
Read more
Report abuse

Judy treischl
5.0 out of 5 stars A serious and well written book
Reviewed in Canada on 4 January 2022
Verified Purchase
I expected it to be a “dense” book that would take time to read and digest. In part it was but it was easy to read and follow. I admire how she handled the issues with her ex husband and with President Clinton. She was able to present both as more that the salacious headlines, real people with real gravitas.
I don’t pretend to understand her husband’s illness but she handled with great humanity.
She describes an America I fear is gone but it was nice to be reminded of what used to be important.
Read more
Report abuse

Wendy.
5.0 out of 5 stars A beautifully written book
Reviewed in Canada on 13 December 2021
Verified Purchase
I highly recommend this book, I couldn’t put it down. I’m so grateful she choose to share her story, she’s a remarkable woman and I admire her deeply.
Read more
One person found this helpful
Report abuse