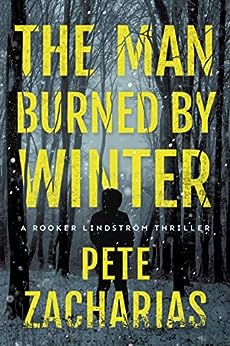 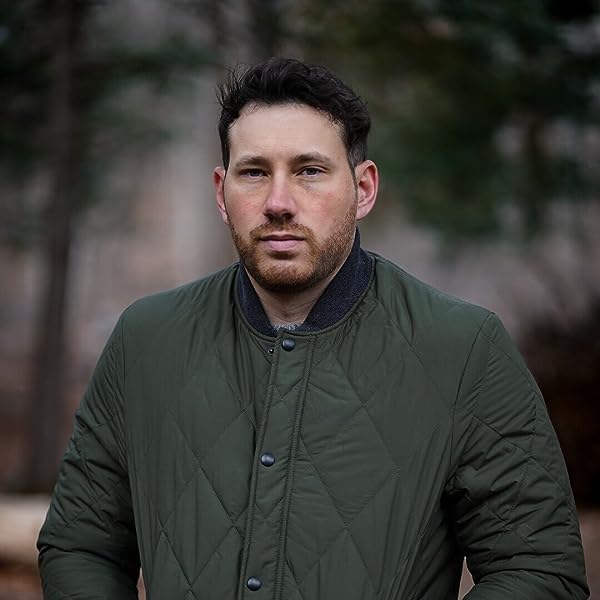 An investigative journalist on the edge. A serial killer testing his limits. What they have in common can freeze the blood.

Still reeling from a personal tragedy, investigative journalist Rooker Lindström finds a grim hideaway from the world. It’s the dilapidated cabin on Minnesota’s Deer Lake bequeathed to him by his late father—one of the most notorious serial killers in the state. If the walls of this murder house could talk, they’d scream.

Detective Tess Harlow needs something from Rooker only he can provide: a window into the mind of a murderer. A copycat is on the prowl, following in the footsteps of Rooker’s father. After reluctantly agreeing to take on the role of consultant, Rooker makes a chilling discovery. Every victim—five and counting—is a depraved taunt meant only for him. Rooker is not just tracking a killer playing sick games. In this brutal Minnesota winter, Rooker is confronting his past.

Maybe working with Tess is Rooker’s last chance at redemption. But to outrun his father’s legacy, he must follow a darker path still to come.

Set in a frozen and isolated lake town in Minnesota, Pete Zacharias’s The Man Burned by Winter has all the trappings of Scandinavian thrillers like The Girl with the Dragon Tattoo or The Killing—complicated decisions, twisting plots, and treacherous secrets.

Former journalist Rooker Lindström seems an unlikely partner for Detective Tess Harlowe—particularly since he just moved into his serial killer father’s abandoned cabin to drink himself to death. But Tess knows that Rooker might hold the answers to a recent spate of homicides, not only because of his father’s crimes but also because Rooker, through his investigative journalistic efforts, helped capture his own son’s murderer.

It’s a pit-of-your-stomach story that will have you reading through the cracks between your fingers and wishing your blanket was just a little bit bigger so you could hide from the cold on the pages. An evocative, immersive novel—I hope you enjoy it as much as I did.

Pete Zacharias received a BA in English with a concentration in creative writing. He is a lover of Nordic noir, dark thrillers, and anything spy, and credits Michael Connelly’s The Poet as the novel that inspired him to become a writer. The Man Burned by Winter is Pete’s first novel.

"An author to watch." --Kirkus Reviews

--This text refers to the audioCD edition.
Read more

Pete Zacharias received a BA in English with a concentration in creative writing. He is a lover of Nordic noir, dark thrillers, and anything spy, and credits Michael Connelly’s The Poet as the novel that inspired him to become a writer. The Man Burned by Winter is Pete’s first novel.

4.2 out of 5 stars
4.2 out of 5
9,747 global ratings
How are ratings calculated?
To calculate the overall star rating and percentage breakdown by star, we don’t use a simple average. Instead, our system considers things like how recent a review is and if the reviewer bought the item on Amazon. It also analyses reviews to verify trustworthiness.

Robert W Dixon
5.0 out of 5 stars A Very great read
Reviewed in Australia on 24 May 2022
Verified Purchase
I thoroughly enjoyed this book, I got to the stage where I couldn’t put it down. It was a great story, scary at times, but riveting. I can’t wait for the next installment.
Read more
Helpful
Report abuse
See all reviews

Ian
2.0 out of 5 stars Muddled
Reviewed in the United Kingdom on 9 May 2022
Verified Purchase
I struggled to follow this right from the beginning to the point I nearly abandoned it at 15%. References to dead children and white scars with no explanations until (very unclear ones) much later was very confusing. It seemed also like the author had completed a creative writing course where he had been told to use an abundance of descriptions. Many of these were strange …”frostbite eyes” for example. I guess he meant blue but frostbite turns limbs black before they drop off! Not one but at least two serial killers and there might have been more but I got confused at the end so lost the plot. I gave it 2 stars as I did finish it…just!
Read more
4 people found this helpful
Report abuse

Amazon Customer
1.0 out of 5 stars Dreadful
Reviewed in the United Kingdom on 2 May 2022
Verified Purchase
Others will no doubt have a different opinion but I found the writing style ruined any enjoyment the story offered.
Read more
8 people found this helpful
Report abuse

Lagoon
2.0 out of 5 stars Lacking any sort of edge.
Reviewed in the United Kingdom on 2 May 2022
Verified Purchase
There was just no excitement to this novel. None of the characters held my attention and the story was nowhere near strong enough.
Read more
6 people found this helpful
Report abuse

Angie T.D.
2.0 out of 5 stars Look Elsewhere
Reviewed in the United Kingdom on 4 May 2022
Verified Purchase
I am so glad that this book was free, because I would have been very annoyed with myself if I had actually paid for it .I don't think I chose very well this month and would advise other readers who are still undecided to look elsewhere unless you are having difficulty sleeping, in which case this could be the book to help you to do it.
Read more
4 people found this helpful
Report abuse

Christopher Hood
4.0 out of 5 stars Dark, but largely enjoyable
Reviewed in the United Kingdom on 6 June 2022
Verified Purchase
I got this book as part of Amazon Firsts, where you get a free book a month or so before the main release. This is the first of a new series involving the protagonist and it may be one series that I continue to read.

The first thing to say about this book is that it dark and there were times where I struggled with the content – perhaps not as much as I did with “Doctor Glass” by Louise Worthington, but still a challenge at times, despite the situation and experiences of the protagonist being very different to my own (thank heavens). Perhaps if I’d been in a different mood over the past couple of weeks, I would have felt differently. Or perhaps reading the book also impacted how I was feeling – I doubt it, but I cannot ignore the possibility.

As usual with my reviews, I won’t say much about the plot itself – after all, you can get sufficient information about that from the book cover or the site from where you buy books. Rather, I will pick out a few lines that stood out for me – though perhaps not saying much about why.

Not that there were many things he needed to be awake for. Each morning, he woke up with a dull flame in his heart, resenting death for not having taken him in the middle of the night.

This quote should give you a good insight into how dark the protagonist can be. As you can also see with the following quote,

“Are you going to tell me what’s wrong?”

“I don’t know if I can.” His heart jackhammered. His voice nearly broke. There was a runaway freight train throbbing between his temples.

I also liked the following description of ‘hope’

He heard hope in her voice laced with a bit of excitement. He knew hope was a drug. Once it’s taken away, it’s damn near impossible to feel that high again.

The following line – using a quote from another book – also helped show how the protagonist’s character is grounded in more universal emotions, despite the unique (I hope) situation that has experienced,

‘We are each our own devil, and we make this world our hell.’ Don’t know many quotes, but that one—Oscar Wilde—stuck with me

Reading this made me think about how I like to include quotes from books in my reviews and also many quotes make it into my academic writing, but I cannot think there are many lines that I would be able to include in everyday conversation. This Oscar Wilde one may stick with me, but it’s more likely that I would still use a line from Jaws.

Perhaps the line that resonated with me most however was

his mind was a mouse trapped in a maze; he didn’t know what to think or where to go.

I had been writing something similar to this in the notes for my next novel, so I found the words particularly powerful.

“I think there’s crazy in all of us. It’s just a matter of if we suppress it or if we embrace it.”

This is the sort of thing I could imagine being said in a movie. Indeed, as the book went on, the storyline became more movie-like, reminding me of some of the ones I saw during the early 90’s. This is not necessarily a bad thing, and by that stage I was not concerned if the believability had begun to be stretched. The only other thing that I would say about the book is that it had quite a lot of names in it and, as I have discussed before, I struggle to remember names. Often this is not a problem, but in this case it may have ruined a particular aspect of the storyline for me in a way that many other readers may experience a different reaction (and the one that the author was looking for). I wonder whether there’s a way that books can be written to help people like me.