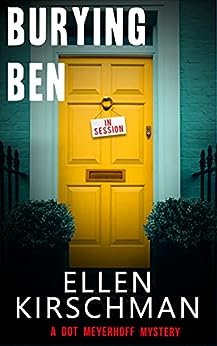 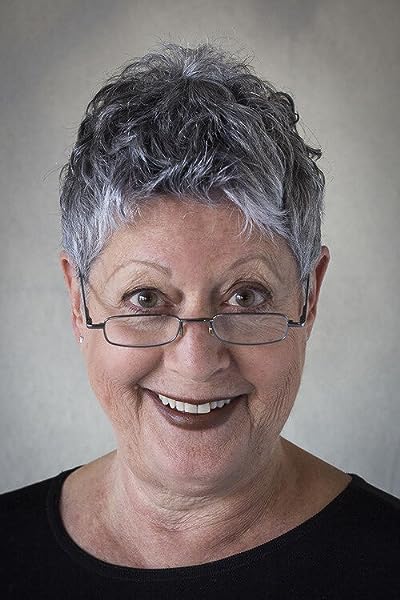 by Ellen Kirschman (Author) Format: Kindle Edition
See all formats and editions
Sorry, there was a problem loading this page. Try again.
A COP’S DEAD; SHE WAS HIS SHRINK.
GUESS WHO EVERYONE’S BLAMING?

A floundering, sensitive young rookie cop steps into her office. She tries to help him, but after a few sessions he commits suicide.

Not a good look for a psychologist with a new job.

But she didn’t expect to fail quite this badly.

Freshly divorced and in need of cash, she took the job even though she wasn’t quite prepared for it — especially for the irascible police chief, and the lack of respect throughout the department. Now she’s in danger of losing both the job and her license.

Because when a client commits suicide, people tend to blame the therapist. Including Dot herself. She’s beating herself up because she didn’t prevent it. But could she have?

She’s desperate to find out, and her quest takes her all over the small California town in which she finds herself. Luckily for the reader, sordid secrets spill out of closets in every neighborhood she visits.

For readers, Dot’s unconventional investigation strikes a balance between the intrigue of a page turner and the empathy of a satisfying talk with a beloved friend.

Best selling author Shane Gericke said, "…. a heroine you'd want as a friend, and a tale so gripping it will keep you up at night.… cop fiction with soul."

Fans of Jonathan Kellerman will empathize with Dot’s plight, as well as devotees of Stephen White, Val McDermid, and Abigail Padgett— in fact, anyone who enjoys looking inside the minds of psychologists, as well as those who are looking for a good old-fashioned traditional mystery will love this low-key, thoughtful series.

With confident, compelling prose, and a fast-paced story, Kirschman manages to make the life of a police psychologist seem as exciting as that of a SWAT team. Burying Ben explores themes of power, manipulation, and ethics that go beyond the usual thriller. The vulnerable Dr. Dot is the most interesting heroine to come along in a long time. --Camille Minichino, author of the Periodic Table Mysteries, the Miniature Mysteries and the Professor Sophie Knowles Mysteries

So real you ll swear it's nonfiction! With a heroine you'd want as a friend, and a tale so gripping it will keep you up at night, Ellen Kirschman turns her incredible insight as a police psychologist into cop fiction with soul. Do yourself a favor and grab Burying Ben right away. --Shane Gericke, author of the #1 Kindle bestseller, Torn Apart

Burying Ben is a compelling novel with a brisk, fast-moving plot, and engaging characters. Ellen Kirschman draws from her years of experience as a police psychologist to imbue her book with realism, drama, and great insight into the world of law enforcement. This crime novel is a skillful debut. --Miles Corwin, bestselling author of Kind of Blue and Midnight Alley --This text refers to an alternate kindle_edition edition.

Ellen Kirschman is an award-winning public safety psychologist. She is the author of the best-selling I Love a Cop: What Police Families Need to Know, I Love a Fire Fighter: What the Family Needs to Know, and co- author of the forthcoming book, Counseling Cops: What Clinicians Need to Know. A pioneer in the field of police psychology, her workshops and seminars have taken her to twenty-two states and four countries. She is a lead clinician at the West Coast Post Trauma Retreat for first responders with post traumatic stress injuries and a member of the Police Psychology Sub-section of the International Association of Police Chiefs, the Society for Police and Criminal Psychology, and the International Association of Women in Policing. Burying Ben, her first novel, is drawn from her years of experience working side by side with officers on the street and listening to their secrets in the confines of her consulting room. While Ellen loves cops, she is married to a remodeling contractor. She and her husband live in the San Francisco Bay Area. --This text refers to an alternate kindle_edition edition.

Dr. Dot Meyerhoff, my protagonist, is a police psychologist, as am I. She's been hired to counsel cops, but she cannot resist getting involved in the crimes they investigate. Too dedicated for her own good, she never gives up and will risk everything, even her life, to see justice done for her clients. My 30 year career as a police psychologist is less dramatic. I have never done some of things Dot has done: breaking and entering, impersonating a public official and assault with a deadly weapon. I would have lost my license.

I started out writing non-fiction. At some point I got tired of reality and thought it would be easier to make things up. It isn't. It's harder, but more fun. Creating characters inspired by real people gives me the opportunity for payback. I get to throw jabs at cops who treated me badly, psychology colleagues who did more harm than good, and two of my ex-husbands.

I still write non-fiction, updating editions of I Love a Cop: What Police Families Need to Know, I Love a Fire Fighter: What the Family Needs to Know, and (with co-authors Mark Kamena and Joel Fay) promoting Counseling Cops: What Clinicians Need to Know. I'm grateful to have been given awards by the American Psychological Association and the California Psychological Association for my contributions to police and public safety psychology. I also blog with Psychology Today and write an occasional newsletter.

Please stay in touch. Sign up for my newsletter at www.ellenkirschman.com. You'll get a free copy of my mini-memoir describing my brief career as a dance hall hostess as well as reading suggestions, cooking ideas, and modest mentions of my life as a writer. Follow me on Facebook, I post a lot of interesting articles from the world of psychology. As always, if you like my books and are so inclined, please tell your friends, your local library, your local bookstores and/or (this really helps writers) post a review on Amazon or Goodreads.

4.3 out of 5 stars
4.3 out of 5
124 global ratings
How are ratings calculated?
To calculate the overall star rating and percentage breakdown by star, we don’t use a simple average. Instead, our system considers things like how recent a review is and if the reviewer bought the item on Amazon. It also analyses reviews to verify trustworthiness.

Yv
5.0 out of 5 stars Riveting reading
Reviewed in Australia on 27 November 2021
I could not put it down. Occasionally words were used that confused me as to whom was speaking but it was still a good read
Read more
Helpful
Report abuse
See all reviews

suzi
4.0 out of 5 stars Enjoyable
Reviewed in the United Kingdom on 19 December 2021
Verified Purchase
Quite different to my normal thriller which usually involves serial killers but enjoyable all the same. I must admit though I can't wait to get back to my serial killers.
Read more
Report abuse

A. Hill
3.0 out of 5 stars Potentially an excellent book
Reviewed in Canada on 2 January 2022
Verified Purchase
Liked the premise of the story and the story was well developed. I found the writing style staccato, not smooth, time jumped with no fill in as to what may have happened, or left you thinking it was the next day, but then it was written that 3 weeks had elapsed. Jerky.
Read more
Report abuse

Deidre
5.0 out of 5 stars Wonderful
Reviewed in Canada on 9 January 2022
Verified Purchase
This is the first novel I've read by Ellen Kirschman and i will definitely be looking forward to many more. A gripping book that deals with police suicide and throws a lot of twists and turns along the way!
Read more
Report abuse

pierre montpetit
4.0 out of 5 stars Pretty good.
Reviewed in Canada on 26 November 2021
Verified Purchase
An interesting read, lots of well done twists and turns that whet our curiosity for where this is heading making it hard to put down.
Read more
Report abuse

Antigone Walsh
2.0 out of 5 stars Too Talky
Reviewed in the United States on 27 October 2021
Verified Purchase
This book is about police suicide. A probationary officer is directed to the new police psychologist to deal with his struggles in training. Recently the groom in a shotgun marriage he is awaiting the birth ofa child with his bratty wife. His FTO is an unsympathetic alcoholic. When he kills himself the shrink is on the hot seat. With the assistance of a sympathetic rookie she investigates the young officer's tragic death.

This book was too long and talky. It seemed rather obvious that the troubled recruit was not suited for the job. The psychologist is so filled with angst over her dissolved marriage she can barely see straight. An important topic but a slow and boring read.
Read more
15 people found this helpful
Report abuse
See all reviews
Back to top
Get to Know Us
Make Money with Us
Let Us Help You
And don't forget:
© 1996-2022, Amazon.com, Inc. or its affiliates