Flip to back Flip to front
Listen Playing... Paused   You're listening to a sample of the Audible audio edition.
Learn more
See all 17 images 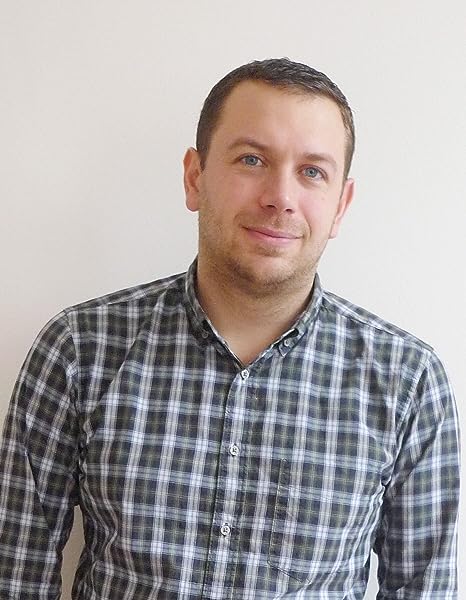 by Andrew Brooks (Author), Dorling Kindersley (Author)
4.8 out of 5 stars 564 ratings
#1 Best Seller in Atlases for Children
See all formats and editions
Sorry, there was a problem loading this page. Try again.

Set off on a thrilling journey around the world


You've got the whole world in your hands with the most amazing atlas around.

This incredible and inspiring visual guide to the continents and countries takes you on a wonderful whistle-stop tour of planet Earth. ??

From Australia to Zimbabwe, each and every place is brought to life with stunning photography and eye-catching illustrations to encapsulate the geography, landscape, culture, history, and special features. More than 50 breathtaking maps are packed with fun and fresh images accompanied by information about climate, population, star sites, mountains, rivers, and wildlife. Accompanying keys focus on the main produce, exports, industries, and activities. As well as learning a wealth of information about our world today, the Children's Illustrated Atlas shows young adventurers how to read a map and use a key, compass, and scale.??

There is room in every children's library for this absolutely essential addition. What in the world are you waiting for?
Read more
Previous page
Next page

Set off on a thrilling journey around the world

Dr Andrew Brooks has been a Lecturer in Development Geography at King's College London since 2011. His undergraduate teaching involves Human Geography and International Development. Andrew is an active researcher and has written books, chapter and articles on the geographies of economic and social change in Africa as well as environmental issues. His research has taken him all around the world.
Start reading Children's Illustrated Atlas (Dk Childrens Atlas) on your Kindle in under a minute.

ANDREW BROOKS is a Senior Lecturer in Development & Environment in the Department of Geography, King's College London.

Drawing on extensive fieldwork in southern Africa his early publications examined connections between production, consumption, and waste, as well as the geographies of combined and uneven development. Recently his research has become more theoretically informed and focused on questions of global comparisons as well as the relationships between urban change and the environment. While retaining a deep interest in Africa, his work is increasingly focused on the UK and Portugal.

He is Chair of the Postgraduate Board of Examinations and was an Editor of the Journal of Southern African Studies (2015-19). A first book ‘Clothing Poverty: The Hidden World of Fast Fashion and Second-hand Clothes’ was published by Zed Books in 2015, with a second edition in 2019 and reprints in Spanish and Japanese. His next book was ‘The End of Development: A Global History of Poverty and Prosperity’ was also with Zed Books (2017). Andrew is completing a new book provocatively titled ‘Bullshit Comparisons’.

4.8 out of 5 stars
4.8 out of 5
564 global ratings
How are ratings calculated?
To calculate the overall star rating and percentage breakdown by star, we don’t use a simple average. Instead, our system considers things like how recent a review is and if the reviewer bought the item on Amazon. It also analyses reviews to verify trustworthiness.

Raheel
2.0 out of 5 stars Not good for young children
Reviewed in the United Kingdom on 6 June 2020
Verified Purchase
Terribly written up for a atlas that is meant for kids. Basic example is that not one page of any country states what is the capital city of the country. Wouldn't reccomend this for children under 10.
Read more
7 people found this helpful
Report abuse

N Payne
5.0 out of 5 stars Wonderful atlas
Reviewed in the United Kingdom on 24 April 2020
Verified Purchase
This is an absolutely wonderful atlas. The illustrations are gorgeous and so appealing. Every page is full of interesting detail. Even as an adult I'm learning a lot! It really brings home to you the diversity and beauty of our world. My five year old loves this book and spends time looking at it every day - it's one of his favourite books. There's also an attractive pull out map on the back cover. Really excellent value and definitely recommended.
Read more
3 people found this helpful
Report abuse

Mi Ja
1.0 out of 5 stars Ignores the existence of Palestine
Reviewed in the United Kingdom on 28 April 2022
Verified Purchase
The atlas completely ignores the existence of Palestinian state. Palestine is recognised by vast majority of other states, and is considered a partially recognised started like which is no different to Israel. Completely erasing it from the map normalises Israeli occupation.
Read more

Mi Ja
1.0 out of 5 stars Ignores the existence of Palestine
Reviewed in the United Kingdom on 28 April 2022
The atlas completely ignores the existence of Palestinian state. Palestine is recognised by vast majority of other states, and is considered a partially recognised started like which is no different to Israel. Completely erasing it from the map normalises Israeli occupation.
Images in this review

Rob
5.0 out of 5 stars Great atlas
Reviewed in the United Kingdom on 10 October 2020
Verified Purchase
I bought this for my daughters 8th birthday as her school is focusing on geography projects this year.

The book is logically laid out by continent with further detail on the counties after that. There are interesting facts and figures about the counties with good detail.

As with all DK books we were not disappointed, strongly recommended for primary school age kids

John M.
5.0 out of 5 stars A great learning tool.
Reviewed in the United Kingdom on 6 September 2021
Verified Purchase
Purchased a couple of these as I couldn't make up my mind. Very educational and work well with the globe I purchased. You can dip in and out of it . It's got interesting facts about every continent and country, some I've never heard of. Do it's a great learning tool for all ages young and old alike.
Read more
Report abuse
See all reviews