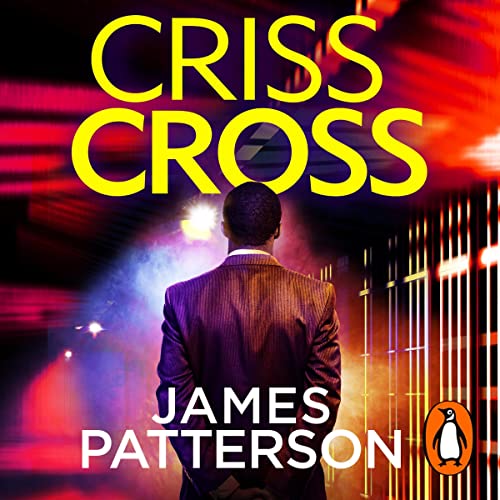 The 27th novel in the best-selling Alex Cross series.

Hours after witnessing the execution of a killer he helped put behind bars, Detective Alex Cross is called to the scene of a copycat murder and a note is found on the corpse:

The executed convict's family launches a vicious campaign against Alex and his abilities as a detective are called into question. Did he condemn an innocent man?

A series of homicides lures Alex out of Washington DC, where he finds distressingly familiar details from Alex's old cases and his family secrets.

It becomes clear that the prize the killer is after could damage more than Alex's reputation.

Switch between reading the Kindle book & listening to the Audible narration with Whispersync for Voice.
Get the Audible audiobook for the reduced price of $11.49 after you buy the Kindle book.
Final days - Don't miss out!
Learn more about membership
By completing your purchase, you agree to Audible’s Conditions Of Use and Privacy Notice.
Sold and delivered by Audible, an Amazon company

4.7 out of 5 stars
4.7 out of 5
8,905 global ratings
How are ratings calculated?
To calculate the overall star rating and percentage breakdown by star, we don’t use a simple average. Instead, our system considers things like how recent a review is and if the reviewer bought the item on Amazon. It also analyses reviews to verify trustworthiness.

Alan
2.0 out of 5 stars Didn't both finishing the book.
Reviewed in Australia on 13 February 2020
Verified Purchase
Got halfway through and didn't bother finishing it. Too many obvious blunders by a guy supposed to be an expert. Daughter going for a run on the usual route. Too many to mention and got sick of it. Deleted it from my device.
Read more
Helpful
Report abuse

Amazon Customer
5.0 out of 5 stars Fantastic
Reviewed in Australia on 18 June 2020
Verified Purchase
No matter how many of Patterson's books you read, they just keep getting better and better. Another excellent book from Patterson
Read more
Helpful
Report abuse

Anne
5.0 out of 5 stars Nail Biting
Reviewed in Australia on 16 July 2020
Verified Purchase
Very Alex Cross but still a great read as you would expect from James Patterson.
Read more
Helpful
Report abuse

Leisa0611
5.0 out of 5 stars Alex Cross of old.
Reviewed in Australia on 20 November 2019
Verified Purchase
The book held my interest, others in the series of late have been a tad boring. This is more along the lines of Alex Cross in the beginning.
Read more
Helpful
Report abuse

Amazon Customer
3.0 out of 5 stars Flummoxed!
Reviewed in the United Kingdom on 27 September 2020
Verified Purchase
Well I gave it a 3 star as I found the regressions just lost My concentration.It made Me think was I reading the present or past...sometimes it was confusing.

How it ended felt quite abrupt.
I was expecting to have the killers identity reveled; but I guess THIS killer gives the Author, who I think is quite brilliant, another book so that he can resurface again.
Flummoxed because there's no reason given to his actions. anyway it was okay....
I prefer books to have a definitive end but I just found this one to be full of Alex Cross's previous actions etc.
Reccomend it but be prepared for an abrupt halt where the killer is concerned! hmmm.

How many tears will this nemesis of Alex's go on... incredibly annoying.
just my opinion.
Read more
Report abuse

Amazon Customer
4.0 out of 5 stars It’s Alex Cross. What else can I say!!!
Reviewed in the United Kingdom on 14 January 2020
Verified Purchase
This as normal, I found to be a great read as. Just one thing. All too often, the bad guy comes after Alex family. This makes for a ‘didn’t this happen before’ thinking. This is not taking away from the fact that it’s a great book to read and that I found it hard to put down. But the taking of Ali reminds me of the time the bad guy kidnapped all of Alex family. Give the guy a break!!!
Read more
One person found this helpful
Report abuse

geoff church
5.0 out of 5 stars Outcrossed
Reviewed in the United Kingdom on 26 November 2019
Verified Purchase
I've said before that Paterson should stick to his main series characters and not waste his time keeping his publishers happy with second rate writing. End of rant because this is one of his best for some time, pacy, twisty and very readable. Ending o.k. But obviously set up for a follow on at some time.
Read more
2 people found this helpful
Report abuse

Tara
3.0 out of 5 stars fast paced but rushed, incomplete ending
Reviewed in the United Kingdom on 13 April 2020
Verified Purchase
Well written, fast paced, surely a page turner. A twisted plot with detective Cross chasing the elusive M who is a down right killing machine, *spoiler * even escapes after a dramatic injury from the hospital.
It was these far fetched stunts and the slightly rushed ending with no explanation of why M was after Cross for that many years , who he really was or his agenda.
Read more
One person found this helpful
Report abuse

G Barry Higgs
5.0 out of 5 stars Sole author-Hurrah!"
Reviewed in the United Kingdom on 24 March 2021
Verified Purchase
This is one of characters who drew me into Patterson's fold many years ago and it's one of the few where he is still the single author, and it shows. I'm sure he doesn't need the income from the many inferior titles that now bear his name but are essentially written by AN Other so let's hope he gives them up and concentrates on his true vocation
Read more
Report abuse
See all reviews