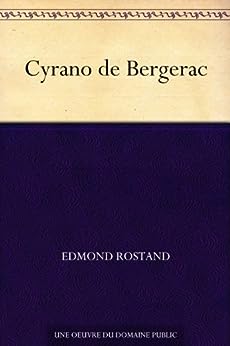 Glyn Maxwell has long been regarded as one of Britain's major poets. He has been awarded the Geoffrey Faber Memorial Prize, the Somerset Maugham Prize, and the E.M. Forster Prize from the American Academy of Arts and Letters, as well as being shortlisted three times for both the T.S. Eliot and Forward Prizes. Three of his books were "New York Times" Notable Books of the Year. His "One Thousand Nights and Counting: Selected Poems" was published
last year. Many of his plays have been staged in London and New York. They include "The Lifeblood," which was British Theatre Guide's Best Play on the Fringe at Edinburgh in 2004, Broken Journey and "The Only Girl in the World" (both Time Out Critics' Choices). Oberon Books publishes his "Plays One"("The Lifeblood, The Only Girl in the World" and "Wolfpit"), "Plays Two" ("Broken Journey, Best Man Speech" and "The Last Valentine"), "The Forever Waltz," "Liberty," "After Troy," "Merlin and the Woods of Time," "The Lion's Face" and "Seven Angels."
--This text refers to an alternate kindle_edition edition.

4.6 out of 5 stars
4.6 out of 5
2,491 global ratings
How are ratings calculated?
To calculate the overall star rating and percentage breakdown by star, we don’t use a simple average. Instead, our system considers things like how recent a review is and if the reviewer bought the item on Amazon. It also analyses reviews to verify trustworthiness.

Andrew Lawston
5.0 out of 5 stars My panache...
Reviewed in the United Kingdom on 15 August 2014
Verified Purchase
Cyrano de Bergerac is a cracking play. Though it's Moliere that's more often used as a French answer to Shakespeare, Edmond Rostand's Cyrano has to be about the only riposte to Hamlet available in human literature. Philosopher, poet, swordsman, soldier and wit, there is an underlying fatalism to Cyrano. He knows in his heart he is doomed, and his determination to stick to his principles, even in his final moments, elevates his character above just about any you can think of, with the possible exception of the Dane.

There are excellent translations of Cyrano by Anthony Burgess and Brian Hooker, but I'm afraid you do really need to read it in the original French, much as I generally loathe people who say that sort of thing.
Read more
4 people found this helpful
Report abuse

Amazon Customer
5.0 out of 5 stars Perfect for French learners
Reviewed in the United Kingdom on 6 September 2021
Verified Purchase
Difficult words are included in notes. Comprehension questions at the end of each series of chapters.
Read more
Report abuse

Tempus Fugit
5.0 out of 5 stars Great play.
Reviewed in the United Kingdom on 16 September 2014
Verified Purchase
Have this in the Kindle version. The play itself is superbly entertaining, the Kindle Paperwhite is superb - easy to read and - important for a limited French speaker - really easy to look up words, simply touch an unknown word and the dictionary appears.
Read more
Report abuse