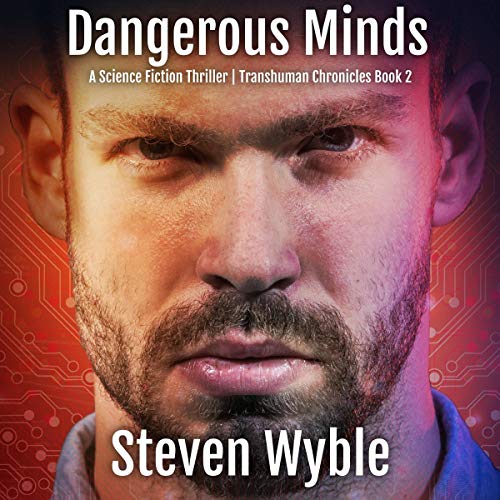 Steven Wyble (Author, Publisher), Michael McIntyre (Narrator)
4.0 out of 5 stars 1 rating
See all formats and editions
Sorry, there was a problem loading this page. Try again.

Rajeev Sundaram and his son, Dev, have escaped from Next Level Technologies, the robotics firm taken over by Gregory Maltek, the founder of competing bio-engineering firm Fresh Meat. By taking out his competition, Maltek is free to pursue world domination by building an army of superhumans and forcing every human being on Earth to purchase and occupy one of his replacement bodies - bodies over which he has complete control. Having already infiltrated the US military, Maltek appears unstoppable. But he won't take over without resistance.

The only ones standing in Maltek's way are Rajeev, Dev, and their ragtag group of android dissidents. They're woefully outnumbered, have no training, and barely know each other. But with superior technology and no shortage of determination, they represent humanity's best last hope. They are the only thing standing between freedom and a new era of human slavery. Although Maltek is a formidable enemy, they believe they can stop him. And besides, Dev has a few tricks up his sleeve Maltek won't see coming.

Dangerous Minds is a fast-paced science fiction thriller exploring the intersection of AI, robotics, and genetic engineering. You won't want to miss this thrilling continuation of the Transhuman Chronicles!

Read more
©2019 Steven Wyble (P)2020 Steven Wyble
Previous page
Next page
Learn more about membership
By completing your purchase, you agree to Audible’s Conditions Of Use and Privacy Notice.
Sold and delivered by Audible, an Amazon company

4.0 out of 5 stars
4 out of 5
1 global rating
How are ratings calculated?
To calculate the overall star rating and percentage breakdown by star, we don’t use a simple average. Instead, our system considers things like how recent a review is and if the reviewer bought the item on Amazon. It also analyses reviews to verify trustworthiness.