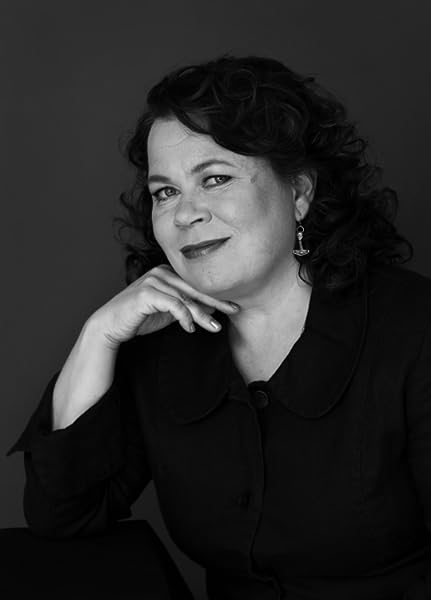 After surviving a terrifying assault during her last investigation, Maria Kallio traded in her badge for a comfortable desk job. But when the head of social affairs for the Finnish Athletics Federation is murdered—the victim of an apparent poisoning—Maria is drawn back into a race against more than murder. A series of crimes has unfolded, and to Maria’s trained eyes, they look like the makings of a conspiracy.

As Maria follows the track to a doping scandal, a money-laundering scheme, domestic abuse, and explosive death threats leveled against a sports reporter, she collects the pieces of a baffling puzzle. Now, to run down the killer and save the next victim, all she has to do is make them fit.

So far only one thing is for certain: Maria Kallio is rediscovering the thrill of the chase.

Leena Lehtolainen was born in Vesanto, Finland, to parents who taught language and literature. At the age of ten, she began her first book—a young adult novel—and published it two years later, followed by a second book at the age of seventeen. The author of the long-running bestselling Maria Kallio Mystery series, Leena has received numerous awards, including the 1997 Vuoden Johtolanka (Clue) Award for the best Finnish crime novel and the Great Finnish Book Club prize in 2000. Her work has been published in twenty-nine languages. Besides writing, Leena enjoys classical singing, her beloved cats, and—her greatest passion—figure skating. Her nonfiction book about the sport, The Enchantment of Figure Skating, was chosen as the Sport Book of the Year 2011 in Finland. Leena lives in Finland with her husband and two sons.

Leena Lehtolainen is Finland's bestselling female crime author - all of Lehtolainen's crime novels have reached the top ten of the Finnish bestseller list. Lehtolainen first reached international acclaim for her hit detective series starring Maria Kallio, which she began with My First Murder in 1993. Her distinctively down-to-earth heroine brought a woman's perspective to the male-dominated detective genre. The twelfth book in the series, Rautakolmio (Iron Triangle), was published in Finland in August 2013. In 2009 Lehtolainen started a trilogy of tongue-in-cheek international thrillers starring Hilja Ilveskero, a female bodyguard.

In a mere twenty years, Lehtolainen has become a classic of Nordic crime literature. She's been called "Finland's answer to Henning Mankel" (Brigitte), while her Maria Kallio series has been ascribed "cult status" (Bunte). Lehtolainen has twice won the Finnish Whodunit Society's annual prize for the best Finnish crime novel (1997, 1998) and has been nominated for the prestigious Glass Key award for the best Nordic crime novel (2003). Readers as well as critics around the world have discovered Lehtolainen's detective novels--to date, her titles have sold over 2 million copies in 29 languages including German, French, Italian, Russian, Czech, Dutch, Hebrew, and Chinese, and the Kallio series has been adapted for television.

In addition to her career as a crime writer, Lehtolainen has worked as a literary researcher, columnist, and critic. In her free time, she enjoys all kinds of music from 1970s punk to Bach--just like Maria Kallio. Lehtolainen currently lives in Finland with her husband and two sons. Besides writing, she is fond of classical singing, her beloved cats, and--her greatest passion---figure skating.

4.2 out of 5 stars
4.2 out of 5
81 global ratings
How are ratings calculated?
To calculate the overall star rating and percentage breakdown by star, we don’t use a simple average. Instead, our system considers things like how recent a review is and if the reviewer bought the item on Amazon. It also analyses reviews to verify trustworthiness.

Amazon Customer
1.0 out of 5 stars Hard work and not worth it
Reviewed in the United Kingdom on 23 August 2018
Verified Purchase
I have read previous books in this series, and enjoyed them (which is why I bought this one); but this one is eminently forgettable. It is a boring read. The storyline is far-fetched, and the denouement makes deus ex machina look intricate. Don't waste money on this one.
Read more
Report abuse

rbg
5.0 out of 5 stars Enthralling.
Reviewed in the United Kingdom on 13 December 2018
Verified Purchase
Enthralling. Always enjoy her books, sadly nothing else gets done until they're finished.
Read more
Report abuse

Kindle Customer
5.0 out of 5 stars Excellent
Reviewed in the United Kingdom on 14 August 2018
Verified Purchase
Tour de force possibly best of the series different plot line made for doubts as to the vilain until the final pages
Read more
Report abuse

David, Orkney
4.0 out of 5 stars Well written, overlong
Reviewed in the United Kingdom on 25 August 2018
Verified Purchase
Well written as always but overlong by about 20% and very repetitive. Perhaps went a bit too far in conveying the tedium of an investigation?
Read more
Report abuse

cheryl forrest
4.0 out of 5 stars Easy reading
Reviewed in the United Kingdom on 10 July 2019
Verified Purchase
Have enjoyed the whole e series. Took a we hold to remember names of characters but these at ed he red at bedtime reading - love them
Read more
Report abuse
See all reviews
Back to top
Get to Know Us
Make Money with Us
Let Us Help You
And don't forget:
© 1996-2022, Amazon.com, Inc. or its affiliates