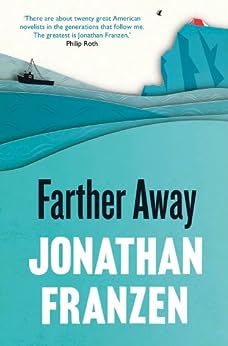 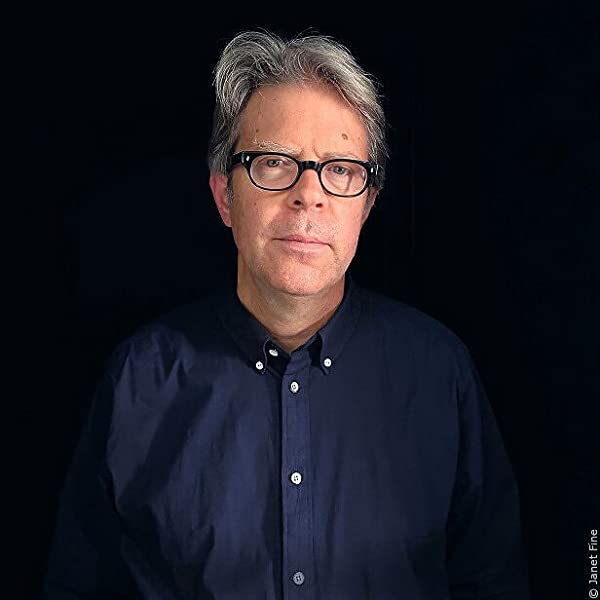 by Jonathan Franzen (Author) Format: Kindle Edition
See all formats and editions
Sorry, there was a problem loading this page. Try again.

The new book of articles and opinion from Jonathan Franzen, author of ‘Freedom’ and ‘The Corrections’.

Jonathan Franzen’s ‘Freedom’ was the runaway most-discussed novel of 2010, an ambitious and searching engagement with life in America in the 21st century. Now, a new collection of Franzen’s non-fiction brings fresh demonstrations of his vivid, moral intelligence, confirming his status not only as a great American novelist but also as a master noticer, social critic, and self-investigator.

In Farther Away, which gathers together essays and speeches written mostly in the past five years, the writer returns with renewed vigor to the themes, both human and literary, that have long preoccupied him. Whether recounting his violent encounter with bird poachers in Cyprus, examining his mixed feelings about the suicide of his friend and rival David Foster Wallace, or offering a moving and witty take on the ways that technology has changed how people express their love, these pieces deliver on Franzen’s implicit promise to conceal nothing from the reader. Taken together, these essays trace the progress of unique and mature mind wrestling with itself, with literature, and with some of the most important issues of our day. ‘Farther Away’ is remarkable, provocative, and necessary.

‘Deeper, funnier, sadder and truer than a work of fiction has any right to be’ Independent on Sunday

'Head and shoulders above any other book this year: moving, funny and unexpectedly beautiful. I missed it when it was over' Sam Mendes, Observer, Books of the Year

'A cat's cradle of family life, and if the measure of a good book is its afterburn, ‘Freedom’ is a great book' Kirsty Wark Observer, Books of the Year

'I loved ‘Freedom’. His acute observations of emotional faultlines, his dialogue and above all his wry humour are delightful' Antony Beevor, Sunday Telegraph, Books of the Year

'Franzen pulls off the extraordinary feat of making the lives of his characters more real to you than your own' David Hare, Guardian, Books of the Year

'No question about it: ‘Freedom’ swept everything before it in intricately observed, humane, unprejudiced armfuls. There was no novel to touch it in 2010' Philip Hensher, Daily Telegraph, Books of the Year

'By the end of ‘Freedom’ you may feel you understand its protagonists better than you know anyone in the world around you' Nicholas Hytner, Evening Standard, Books of the Year

'The novel of the year. Its portrait of a marriage, luminously and wittily drawn against a backdrop of modern America, is as good as literature gets' Sarah Sands, New Statesman, Books of the Year

Jonathan Franzen was born in 1959 and graduated from Swarthmore College. He has lived in Boston, Spain, New York, Colorado Springs and Philadelphia. His previous novels are The Twenty-Seventh City (1988) and Strong Motion (1992). --This text refers to the hardcover edition.

4.2 out of 5 stars
4.2 out of 5
52 global ratings
How are ratings calculated?
To calculate the overall star rating and percentage breakdown by star, we don’t use a simple average. Instead, our system considers things like how recent a review is and if the reviewer bought the item on Amazon. It also analyses reviews to verify trustworthiness.

Sergiu Pobereznic (author)
5.0 out of 5 stars A thoroughly good read.
Reviewed in Australia on 14 September 2015
This collection of essays are a very intimate set of personal reflections. They may seem to lack structure to some, but their most personal nature makes it captivating. A lot of people state that he is being "grouchy". Personally, I believe that he is merely being honest about the issues he is discussing such as: literature, technology today, birds, the environment, the suicide of his friend and more. Mr. Franzen thinks or philosophizes and expresses himself accordingly.
His writing is excellent, outspoken, humorous, educated and skilled in every sense.
He may not be offering answers to many of the questions he posses, but this is how answers are found. By asking the right questions, which I think he is doing.
He also offers many interesting insights worthy of being read.
A thoroughly good read.
Sergiu Pobereznic (author)

Edge 54
4.0 out of 5 stars Typical Franzen
Reviewed in the United Kingdom on 24 December 2012
Verified Purchase
A mixed bag of short articles some brilliant, some ho hum but generally amusing and intellectually challenging. Some of the subjects a little esoteric. I enjoyed it.
Read more
One person found this helpful
Report abuse

Andrew
5.0 out of 5 stars Excellent
Reviewed in the United Kingdom on 13 March 2017
Verified Purchase
An erudite, engaging, energetic series of essays and other writing. A must read for any Franzen fan.
Read more
Report abuse

Peter Lee
3.0 out of 5 stars Brilliant writing, but slightly underwhelming content
Reviewed in the United Kingdom on 8 July 2013
Verified Purchase
I love Franzen's novels and have recently read all three of his volumes of essays. In some respects they can be approached like short stories, each a self-contained piece, the lengths varying, but this collection does see some recurring themes. As is often the case with Franzen's work, birds crop up again and again (he's a keen ornithologist) and although his enthusiasm comes across it isn't always shared by the reader, but this time the loss of his friend, the writer David Foster Wallace, is a regular subject. Franzen was clearly devastated by Wallace's suicide, and the sections where he talks of his friend are extremely moving.

From time to time however the essays do lose their steam a little, and there are a few reviews included, plus some of the content does feel a little rant-like, where he voices his opinions on technology and the like. For me his "How To Be Alone" collection was better than this, and his novels are light years ahead.
Read more
3 people found this helpful
Report abuse
See all reviews
Report an issue
Does this item contain inappropriate content?
Report
Do you believe that this item violates a copyright?
Report
Does this item contain quality or formatting issues?
Report