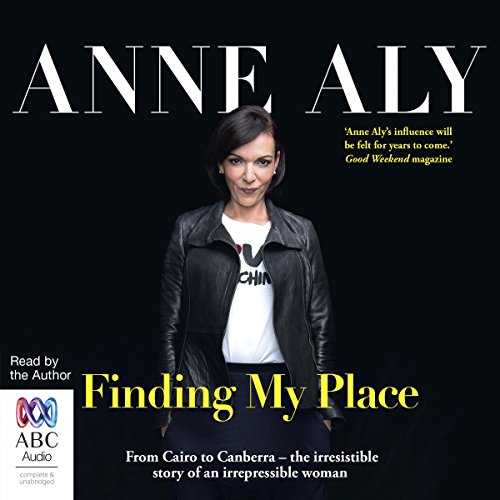 The warm, funny and insightful story of growing up a brown Muslim girl in suburban Australia by the nation's best-dressed counterterrorism expert and MP.

Anne Aly was the first Australian Muslim woman, the first Egyptian-born woman and the first counterterrorism expert to be elected to Federal Parliament. She was also most probably the first parliamentarian to have seen Zoolander 23 times.

'What am I doing here?' she asked herself as she was sworn in with her hand on her father's copy of the Quran. It's a question the former professor has raised more than once since she arrived in Australia aged two bearing the name Azza Mahmoud Fawzy El Housseini Ali Al Serougi.

The answer is a fascinating and moving story of a Muslim girl growing up in suburban Australia in the '70s, when The Brady Bunch appeared to epitomise Western family life and girls like Anne danced the divide between the expectations and values of their parents' culture and that of their adopted land.

Told with warmth, humour and insight, Anne's book is an irresistible story by an irrepressible Australian woman who has already made her mark internationally and in public life.

Read more
©2018 Anne Aly (P)2018 Bolinda Publishing Pty Ltd
Previous page
Next page
Learn more about membership
By completing your purchase, you agree to Audible’s Conditions Of Use and Privacy Notice.
Sold and delivered by Audible, an Amazon company

4.8 out of 5 stars
4.8 out of 5
15 global ratings
How are ratings calculated?
To calculate the overall star rating and percentage breakdown by star, we don’t use a simple average. Instead, our system considers things like how recent a review is and if the reviewer bought the item on Amazon. It also analyses reviews to verify trustworthiness.

Jenell
5.0 out of 5 stars We need more people like you
Reviewed in Australia on 16 May 2018
Verified Purchase
From a white woman to a brown woman : go girl! Inspiring. Proud to be Australian . I learnt a lot about what creates terrorism. We need to know what we are fighting before we can stop it.
Read more
One person found this helpful
Helpful
Report abuse

Linda
5.0 out of 5 stars Anne my friend
Reviewed in Australia on 12 July 2021
Verified Purchase
I met Anne a year ago and reading her book brought me into her world. She is crazy and loveable.
Read more
Helpful
Report abuse

Dianne W
TOP 500 REVIEWER
5.0 out of 5 stars Fascinating memoir of a woman who seizes every opportunity that life gives her with both hands - excellent
Reviewed in Australia on 19 July 2018
Anne Aly has had a remarkable life and this book tells the story so far. I stayed up really late reading it because I couldn't bear to put it down - I just had to finish it.

I breathed a sigh of relief when her family got to Australia but then her family worried that she had become too Western and wanted her to go back to Egypt and my heart was in my mouth. I didn't want her to go because stupidly, for just a moment, I was scared that she'd be stuck there forever. Which is crazy because I've seen her on TV and I know she's currently in the Australian parliament but I was so caught up in her story that I was afraid. And that's really the story of the book. At any moment anything could happen and Anne's life could take any kind of twist and turn and that was scary. She really is a resilient and amazing woman and this is a great read.

If you ever read this, Ms Aly, thank you for sharing your incredible story.
Read more
Helpful
Report abuse
See all reviews