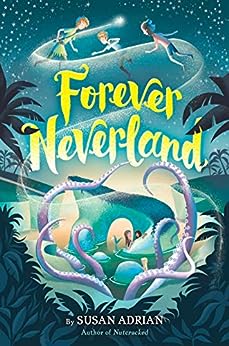 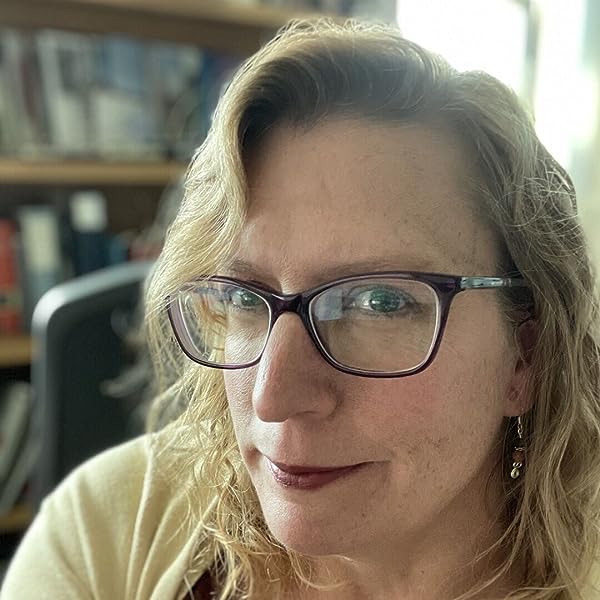 by Susan Adrian (Author) Format: Kindle Edition
See all formats and editions
Sorry, there was a problem loading this page. Try again.
What if Peter Pan wanted to take you to Neverland? Would you go?

A contemporary sequel to J. M. Barrie's timeless classic Peter Pan, perfect for kids who loved THE LAND OF STORIES and dream of going to Neverland.

Clover and Fergus are the great-great-grandchildren of Wendy Darling (yes, that Wendy). And now Peter Pan wants to take them to Neverland for the adventure of their lives! But Clover is a little nervous--she's supposed to look after her brother. Fergus is autistic, and not everyone makes him feel welcome. What will happen to him in this magical world?

Fergus isn't nervous at all. To him, Neverland seems like a dream come true! He's tired of Clover's constant mothering and wants some independence, like Peter and the Lost Boys have. He wonders, Why can't the real world be more like Neverland?

Neverland is fun and free, but it's also dangerous and even scary at times. Unfamiliar creatures lurk in the shadows, and strange sounds come from the waters. And then the mermaids start to go missing. . . .

In an imaginative and thoughtful continuation of the story of Peter Pan, Susan Adrian explores Neverland with a fresh perspective and indelible warmth, offering a new adventure based on a beloved classic!
Read more
Previous page
Next page

One of the best representations of autism in middle grade literature. A must purchase for all children who love magic and adventure, especially those who have longed to see someone like Fergus on the page. --Lizzie Huxley-Jones, editor of Stim

A magical ode to childhood that updates the classic while keeping its flavor.--Kirkus Reviews

What if Peter Pan wanted to take you to Neverland? Would you go? A contemporary sequel to J. M. Barrie's timeless classic Peter Pan, perfect for kids who loved THE LAND OF STORIES and dream of going to Neverland. --This text refers to an out of print or unavailable edition of this title.

Susan Adrian is a fourth-generation Californian who somehow stumbled into living in Montana. By day she is a scientific editor, and by night she dreams up wild adventures that sometimes turn into books. She is the author of the holiday fantasy Nutcracked and two thrilling books for teens. When she's not with her family, Susan keeps busy researching unusual facts, traveling, and writing more books. Follow her on Twitter @susanadrian and visit her on the web at susanadrian.net. --This text refers to an out of print or unavailable edition of this title.
Read more

Susan Adrian is a fourth-generation Californian who now lives in the beautiful Big Sky country of Montana. She got a degree in English from the University of California, Davis, and spent a year abroad at the University of Sussex in England—which started a lifelong fascination with all things British, particularly British stories for kids. She is the author of the holiday fantasy NUTCRACKED and two thrilling books for teens. These days she splits her time as a writer, scientific editor, and mom. She's been to London many times, but hasn't yet been invited to Neverland.

4.6 out of 5 stars
4.6 out of 5
82 global ratings
How are ratings calculated?
To calculate the overall star rating and percentage breakdown by star, we don’t use a simple average. Instead, our system considers things like how recent a review is and if the reviewer bought the item on Amazon. It also analyses reviews to verify trustworthiness.

Karen A. Gagnon
5.0 out of 5 stars Soar Back To Neverland With Peter Pan For The Adventure Of A Lifetime
Reviewed in the United States on 31 August 2019
Verified Purchase
Forever Neverland, in my opinion, is a book that J.M. Barrie would approve of and fall in love with completely.

In this imaginative, caring continuation of Peter Pan’s story, the author Susan Adrian, brings readers a brand new adventure in Neverland with a fresh viewpoint & an unforgettable warmth.

It was such a joy to go soaring back to Neverland with Peter Pan and to have a brand new adventure on the magical island: filled with new characters & new dangers.

Neverland, is a place of freedom, fun & adventure for children (without grownups). Yet, it is also a place that can be dangerous and terrifying; especially at night.

All of my life, a part of me never grew up (completely) thanks to Peter Pan and the wondrous Neverland.

I wonder what today’s modern children would answer if Peter Pan came into their bedroom, at night, and asked if they wanted to go on an adventure to Neverland.

Would they go or be afraid to leave all their modern technology. For in Neverland, one has to use their imagination and be quick on their feet. My answer to Peter Pan’s question would be a loud, “Yes”!

This amazing book is one way for modern children to detach from their many electronics & fly away to a magical world where anything is possible.

As the story opens, we meet Clover & Fergus; the great – great – grandchildren of Wendy Darling (you know who I am talking about).

Clover and Fergus have lived & grown up in San Diego, California with their Mom. Their grandparents still live in London, England; in the same house where the Darling children lived.

One fateful summer, Clover & Fergus’s Mom decides to send them to visit their grandparents (who they barely know) in London, England. Their Mom made this decision, because she needed to finish studying to become a lawyer.

This is a challenge for the children, especially Fergus, who has autism & pretty nerve-wracking for his big sister Clover (who always hovers over him). At times, Clover appears to be smothering her little brother with all her constant worrying.

Once the children arrive in London, England they make the discovery that they are the great – great – grandchildren of Wendy Darling and they are going to sleep in the same nursey where the Darling children slept (the room in which the original adventure started).

Within days, Peter Pan shows up & wants to take them to Neverland for the adventure of a lifetime; just like he has done with all the descendants of Wendy Darling (except for their Mom).

Clover is a little nervous about going, but she is supposed to look after her little brother Fergus. She is hesitant about going to Neverland because Fergus has autism and sometimes people don’t make him feel welcome. What will happen to him if they go to Neverland?

On the flipside, young Fergus isn’t nervous at all. To him, Neverland seems like a dream come true. He is tired of how Clover is constantly hovering over him & wants some independence from her; just like Peter & the Lost Boys have.

Once the children reach Neverland, they discover that new unfamiliar creatures are lurking in the shadows, with strange sounds coming from the ocean. Then the mermaids start disappearing…..

What follows is the kind of adventure you could except to find in Neverland with Peter Pan & the Lost Boys (even some Lost Girls now).

The narration of this adventure, switches back and forth between Clover and Fergus; so the reader can really get to know what each child is feeling inside of themselves.

For me as a reader, it was extremely intriguing to get inside the heads of both Clover & Fergus. I loved how throughout the adventure, Clover struggled with her worries and tried to become more care free & I loved how Fergus finally felt some freedom, in Neverland, because no one made fun of him or the things he sometimes did.

The curve ball in the adventure was the appearance of some famous characters from Greek mythology. The blending of Greek mythology into the Neverland of my childhood was done seamlessly & it felt like these characters were always in Neverland.

It was amazing to find a new villain in Scylla (who at first appears to be just as wicked as Hook was). The children found out it was Scylla who was stealing the mermaids.

When Peter Pan & the Lost Boys/Girls came up with a plan to get the mermaids back Clover was also taken by Scylla.

Many questions float in the reader’s mind as they continue on the adventure with Peter Pan & the other kids as they try to beat Scylla. Why did Scylla take Clover and the mermaids? Where does Scylla live? How do they beat Scylla & get everyone back?

In the end, it is Fergus with his immense knowledge of Greek mythology that saves the day and helps bring the adventure to a close.

To find out the end of the adventure & what happened to Clover and Fergus, rush right out & pick up a copy of Forever Neverland today.

You won’t be disappointed in the amazing adventure to be had in this new thrilling Neverland, created by Susan Adrian.

Anya prosser
5.0 out of 5 stars An absolutely delightful adventure
Reviewed in the United States on 24 July 2019
Verified Purchase
I loved this book. It was such a fun adventure with characters I truly loved and the kind of magic that brought back memories of my childhood obsession with mythology. I want to buy copies of this book for all my friends from age 7 on up (and have already given one to my 8 year old niece)
Read more
Report abuse
See all reviews
Report an issue
Does this item contain inappropriate content?
Report
Do you believe that this item violates a copyright?
Report
Does this item contain quality or formatting issues?
Report