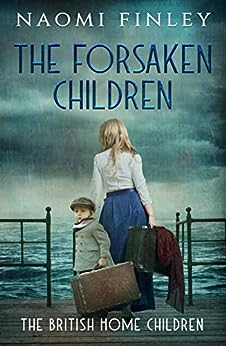 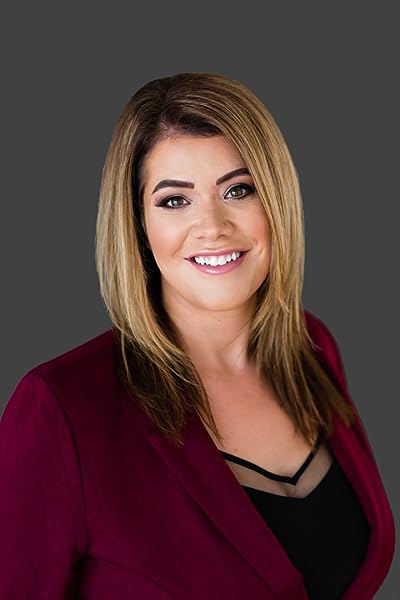 by Naomi Finley (Author) Format: Kindle Edition
See all formats and editions
Sorry, there was a problem loading this page. Try again.

A riveting tale of endurance and resilience, illustrating the spirit of a child and the bond between siblings.

It’s 1921. Fifteen-year-old Hazel Winters and her six-year-old brother, William, are placed on a ship by an organization that relocates British orphans and children of poverty to new homes in Canada. Arrivals in the new land are exported to distributing houses, where devastation and heartache greet the youngsters as headmistresses govern their fate.

The assurance of a better life across the ocean is far from what Hazel experiences. Through hardships and loneliness, she is determined to survive. Finding refuge in memories of the past, she clings to the dream of returning to her homeland while preserving a reunion in her heart.

In 1890, orphaned Charlotte Appleton and her sister Ellie were scooped up from London’s streets and sent to new homes across the ocean. Although mere miles kept them apart, Charlotte never knew her sister’s whereabouts until a chance interaction reunites them. Together the siblings vow to make a difference for the families and home children of an institution in Toronto, Ontario.

Can an unexpected guardian give Hazel renewed strength and resolve for a future of promise?

Based on the child emigration movement that occurred from 1869 through the late 1930s, this poignant tale follows the lives of siblings who were burdensome byproducts of Britain's poverty.

Naomi is an award-winning author living in beautiful British Columbia. She loves to travel and her suitcase is always on standby awaiting her next adventure. Naomi's affinity for the Deep South and its history was cultivated during her childhood living in a Tennessee plantation house with six sisters. Her fascination with history and the resiliency of the human spirit to overcome obstacles are major inspirations for her writing and she is passionately devoted to creativity. In addition to writing fiction, her interests include interior design, cooking new recipes, and hosting dinner parties. Naomi is married to her high school sweetheart and she has two teenage children and two dogs named Egypt and Persia.

4.6 out of 5 stars
4.6 out of 5
69 global ratings
How are ratings calculated?
To calculate the overall star rating and percentage breakdown by star, we don’t use a simple average. Instead, our system considers things like how recent a review is and if the reviewer bought the item on Amazon. It also analyses reviews to verify trustworthiness.

There are 0 reviews and 10 ratings from Australia

eb84
5.0 out of 5 stars Loved this book
Reviewed in the United Kingdom on 19 June 2021
Verified Purchase
Thoroughly enjoyed this book From the poverty on the streets of Liverpool to Canada and a brutal life the home children Hazel’s story is a fictional but this did happen The book is well written. and worth reading
Read more
Report abuse

Kindle Customer
5.0 out of 5 stars Interesting
Reviewed in the United Kingdom on 5 December 2021
Verified Purchase
I really enjoy this book. My heart went out to these children . I wish I could follow Hazel's life little bit into future.
Read more
Report abuse

Rachael M.
5.0 out of 5 stars Hooked from the start
Reviewed in the United Kingdom on 28 March 2021
Verified Purchase
Wow what a harrowing gripping story! The author knows how to keep your attention rooted in anticipation. The characters are beautifully empathetic, resilient and being a work of historical fiction not so far from truth. I highly recommend reading this and her other books of the Livingston legacy.
Read more

5.0 out of 5 stars Hooked from the start
Reviewed in the United Kingdom on 28 March 2021
Wow what a harrowing gripping story! The author knows how to keep your attention rooted in anticipation. The characters are beautifully empathetic, resilient and being a work of historical fiction not so far from truth. I highly recommend reading this and her other books of the Livingston legacy.
Images in this review

Norma Cook
4.0 out of 5 stars True-to-life depiction of British Home Children.
Reviewed in Canada on 11 July 2021
Verified Purchase
This book was not what I expected when compared with others written on this topic, but the story was well-researched and the experiences of the characters were true-to-life. I like how the author developed the storyline from the viewpoint of the different characters and even had the conversations written using authentic "accents".
Read more
One person found this helpful
Report abuse

Amazon Customer
5.0 out of 5 stars One of the best books ever!
Reviewed in Canada on 26 April 2021
Verified Purchase
This story was a heart wrenching and yet amazing work of art. I cannot wait to read book 2. The time, dedication and research put into its creation is very apparent.
Read more
2 people found this helpful
Report abuse
See all reviews
Back to top
Get to Know Us
Make Money with Us
Let Us Help You
And don't forget:
© 1996-2022, Amazon.com, Inc. or its affiliates