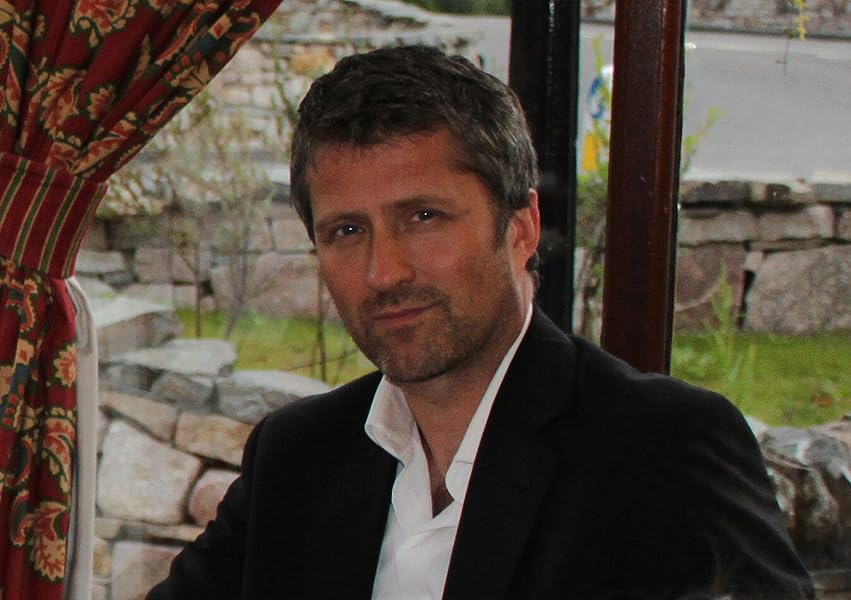 by Karl Hill (Author)
4.6 out of 5 stars 159 ratings
Book 4 of 5: The Adam Black Thrillers
See all formats and editions
Sorry, there was a problem loading this page. Try again.

Adam Black is facing his most mysterious case yet.

When a stranger gives Black a book and tells him the book holds the key to the mystery surrounding his wife’s murder, Black dismisses the event as nothing more than the ramblings of a mad man.

Then Black is called to a meeting with a Hollywood movie star, Victor Cromwell, who is shooting a new film in Glasgow. At the meeting Victor makes a very strange request that will throw Black’s life into turmoil.

Meanwhile a killer, who was dormant for twenty years, has returned and is murdering young women in the most gruesome way.

As Black investigates he starts to suspect the three events are linked and sets out to uncover the truth.

But the truth often lies in the darkest places. Will he get out of this alive?

If you are a fan of fast-paced thrill-a-minute fiction you'll love Fury. It's also the perfect read for fans of authors like Mark Dawson, James Deegan and Rob Sinclair. It can be read as the second part in the Adam Black Series or as an unmissable stand-alone.

Karl Hill lives in sunny Scotland, in the village of Eaglesham, on the outskirts of Glasgow. For his sins, he is a practicing lawyer, and has been for over twenty-five years. He tries to keep fit, by going to the gym every three years or so. Or is it four? He lives with his wife and daughter, and two remarkably ugly cats, both suffering personality disorders. The cats, that is. When he’s not experiencing the joys of looking through title deeds, he loves to read a good thriller. And, of course, he loves to write.

Start reading Fury on your Kindle in under a minute.

Karl Hill is the pen name of Kenny Hill, a Scottish lawyer, living in the village of Eaglesham, on the outskirts of Glasgow. During winter, the weather can be harsh, the snow sometimes falling over two feet deep. He had a chihuahua called Rambo, who hated the snow. Sadly, Rambo died, and is greatly missed. When it snows, Kenny thinks about Rambo.

Kenny's protagonist, Adam Black, doesn't worry about the snow. Nor does he have a chihuahua.

4.6 out of 5 stars
4.6 out of 5
159 global ratings
How are ratings calculated?
To calculate the overall star rating and percentage breakdown by star, we don’t use a simple average. Instead, our system considers things like how recent a review is and if the reviewer bought the item on Amazon. It also analyses reviews to verify trustworthiness.

Betty Kerr
5.0 out of 5 stars Brilliant read, bit gory in some parts, but that is the world he lives in.
Reviewed in the United Kingdom on 1 July 2021
Verified Purchase
Many thanks to Kenny for his new book FURY. Received it on Monday, started reading that afternoon and couldn't put it down. Book 4 in a series about ex SAS Captain and now lawyer, Adam Black. Many twists in this fast paced novel and getting to finding the "Blood Eagle" led us many different ways. I loved the comment about the Chihuahuas, right up my street!! Only problem with my book, is that I am sure there are some pages missing, the one's that come after he meets the guy in Slovakia !!!! Don't keep us too long until book 5 is out.
Read more
One person found this helpful
Report abuse

karen Campbell
5.0 out of 5 stars Fury
Reviewed in the United Kingdom on 21 June 2022
Verified Purchase
BRILLIANT JUST BRILLIANT .. This is the 4th in this amazing series. Adam Black ex SAS Is an amazing character . From the very beginning of all these books I was gripped .It is full of heart stopping moments every time .They are gritty and chilling with some fantastic fight scenes and plenty of blood . I’m heading straight into the next one called Finale . I hope there are many more to come from this talented author. Excellent.
Read more
Report abuse

Kindle CustomerSKW
5.0 out of 5 stars And breathe.....
Reviewed in the United Kingdom on 11 August 2021
Verified Purchase
5 Stars from start to finish. The storyline was totally brilliant and the action throughout was heart stopping, palpitations. I love this author for the tense writing, and creating the character Adam Black. I strongly advise people new to this series, start from book one to truly appreciate the depth and complexity of a Adam Black.
Read more
One person found this helpful
Report abuse

Duncan
5.0 out of 5 stars The New Lee Child
Reviewed in the United Kingdom on 14 July 2021
Verified Purchase
I have now read all the Adam Black stories and I haven’t been disappointed with any of them.I think that Adam is the new Jack Reacher.This particular story is quite gruesome but very exiting with a good enthralling storyline. I cannot recommend this author highly enough and his next book cannot come quick enough.
Read more
Report abuse

Rees Jenkin
5.0 out of 5 stars Exciting read
Reviewed in the United Kingdom on 21 July 2021
Verified Purchase
Good read could not put it down. I did notice, however, that the books have become more violent as they have progressed. The 'Hero' has got away with murder literally which tarnishes his reputation as a good guy and wonders how far he will go to get his revenge or target.
Read more
Report abuse
See all reviews