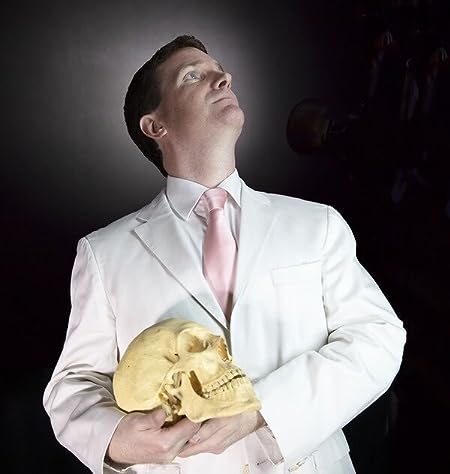 New York Times bestselling author Grady Hendrix makes up lies and sells them to people. His novels include HORRORSTÖR about a haunted IKEA, MY BEST FRIEND'S EXORCISM, which is basically "Beaches" meets "The Exorcist", WE SOLD OUR SOULS, a heavy metal horror epic, THE SOUTHERN BOOK CLUB'S GUIDE TO SLAYING VAMPIRES, and THE FINAL GIRL SUPPORT GROUP, coming on July 13, 2021. He's also the author of PAPERBACKS FROM HELL, an award-winning history of the horror paperback boom of the Seventies and Eighties. He wrote the screenplay for, MOHAWK, a horror flick about the War of 1812, and SATANIC PANIC about a pizza delivery woman fighting rich Satanists. You can discover more ridiculous facts about him at www.gradyhendrix.com. 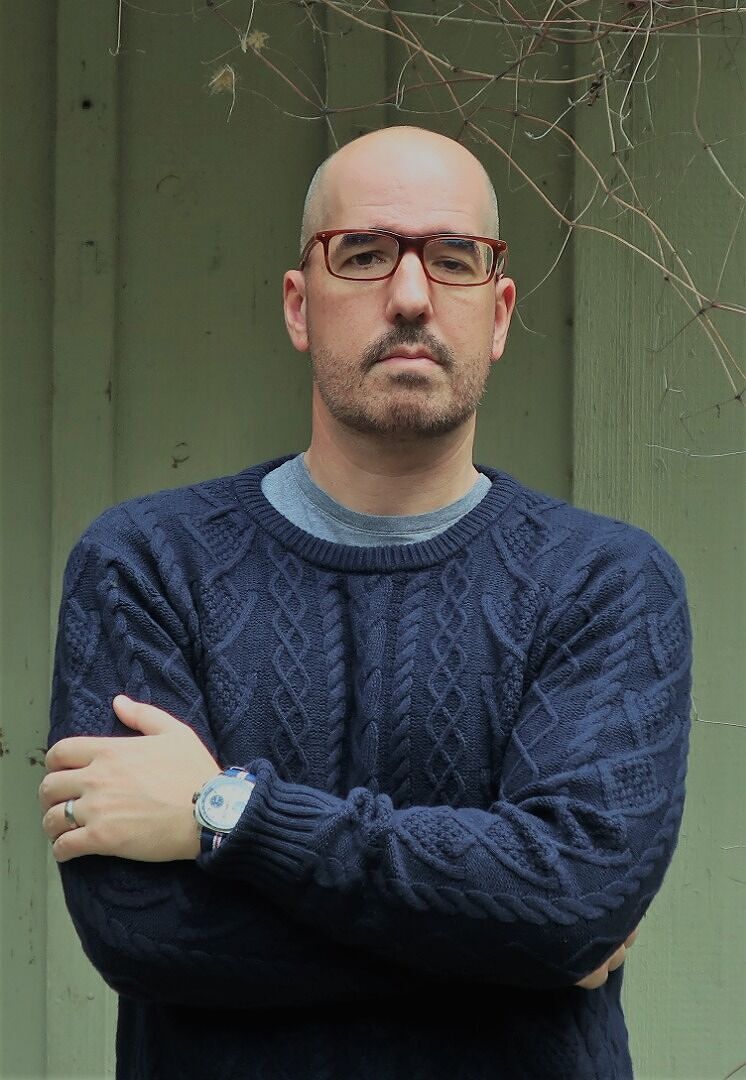 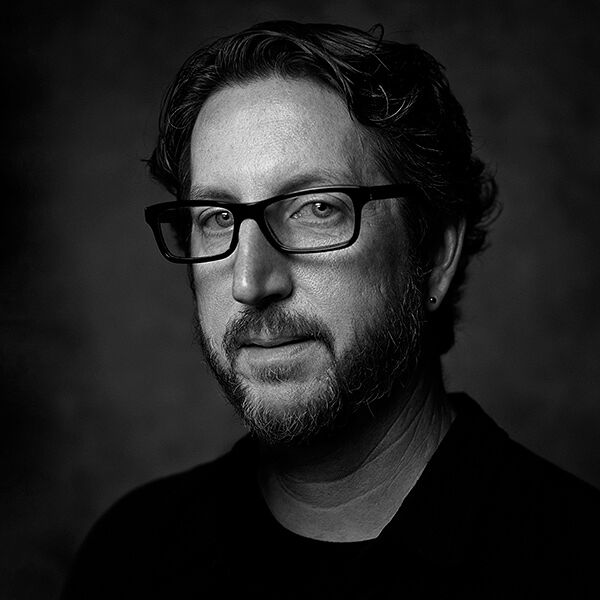 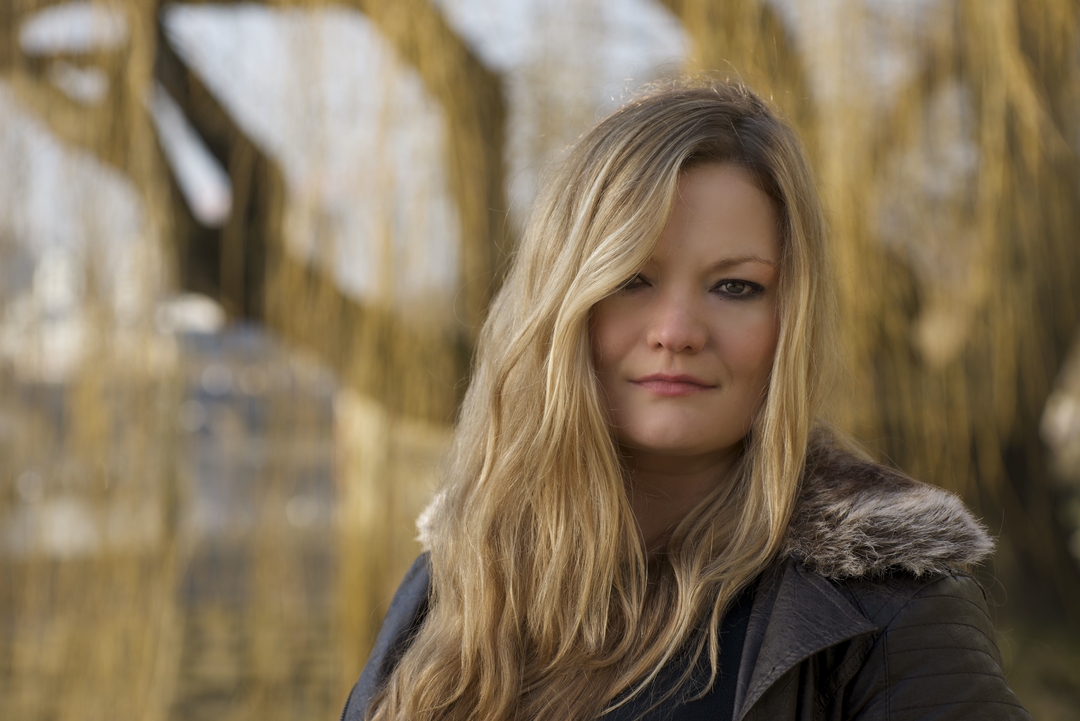 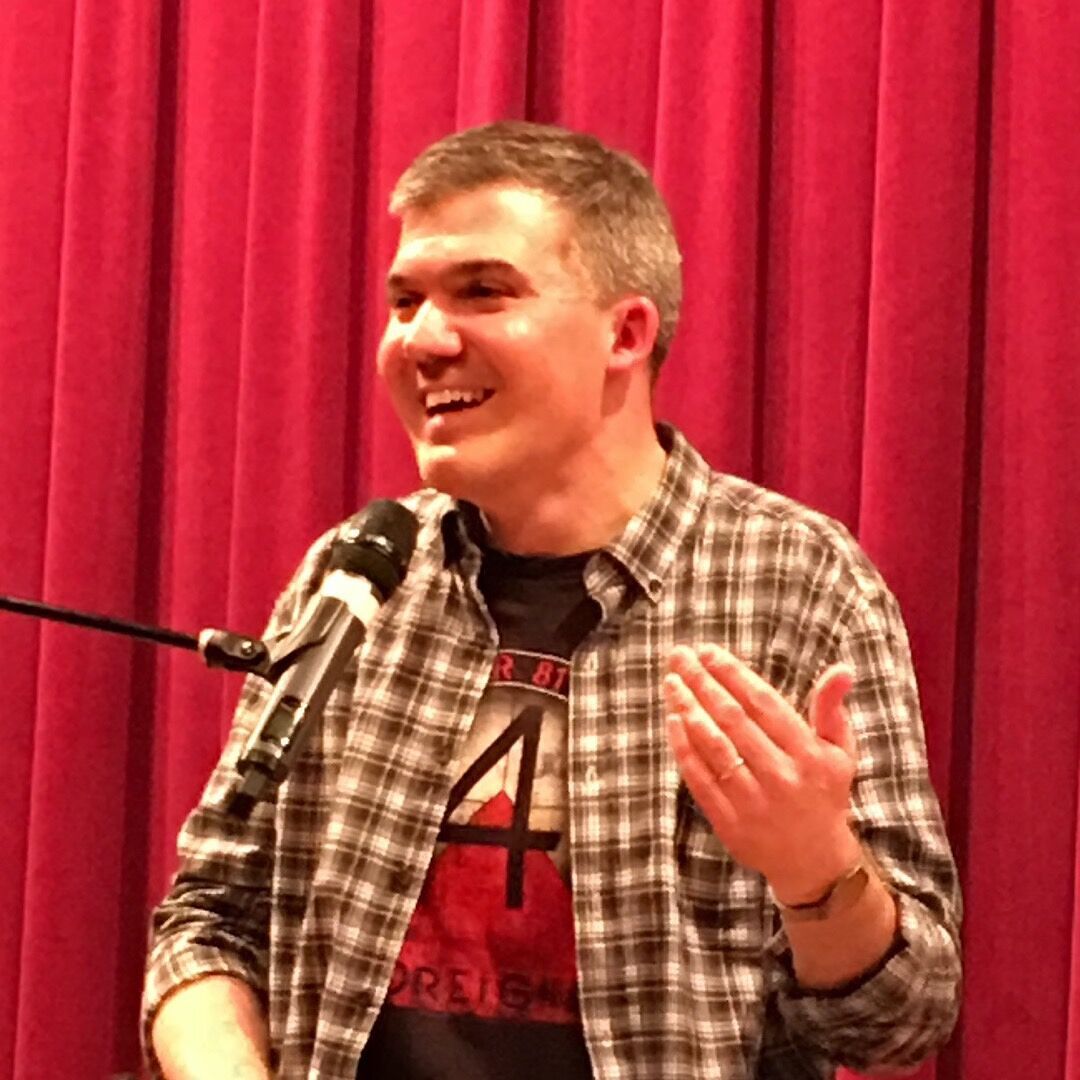 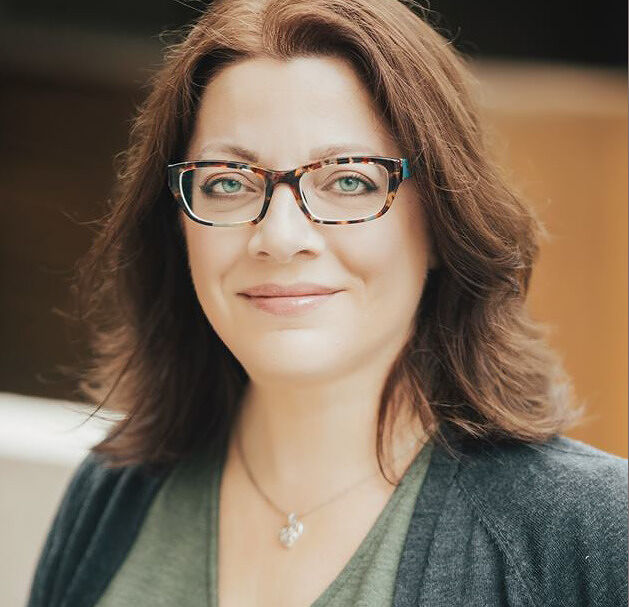 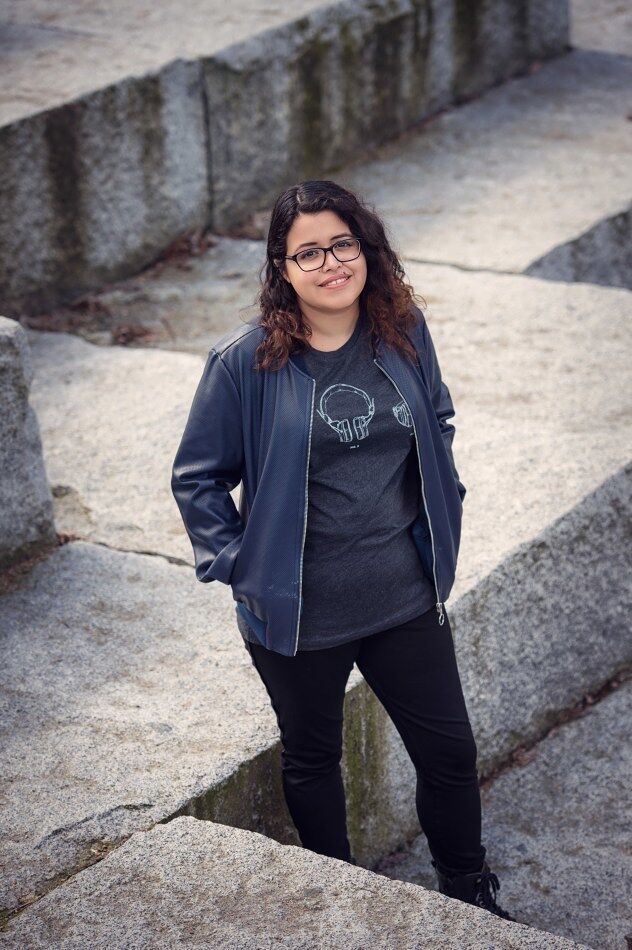 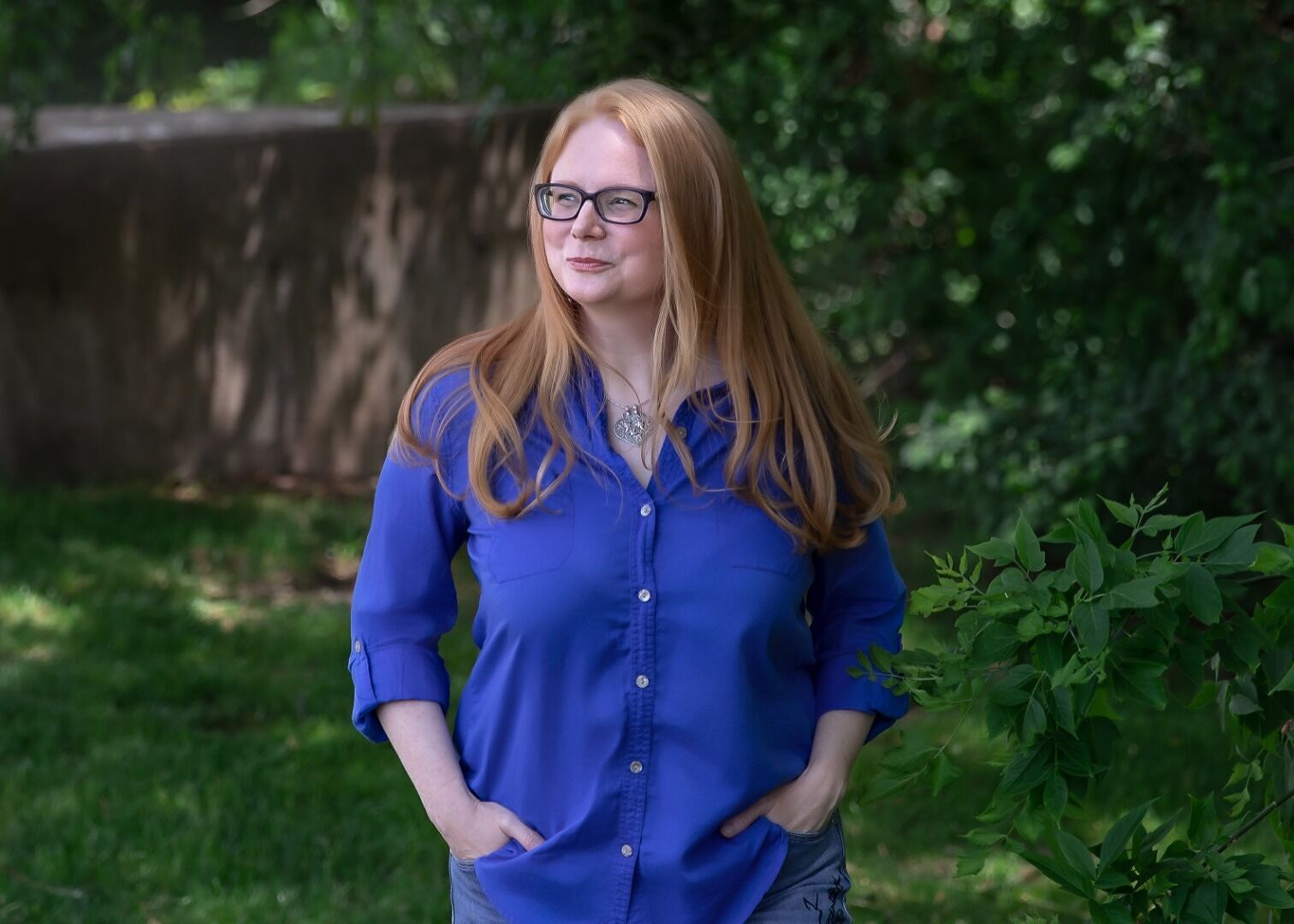 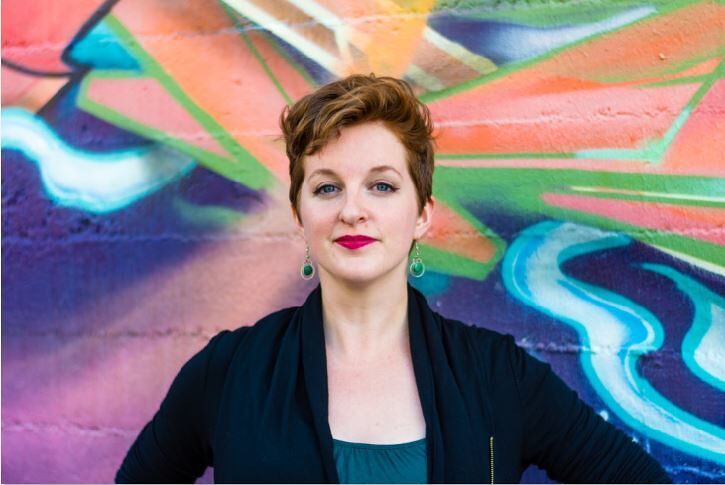 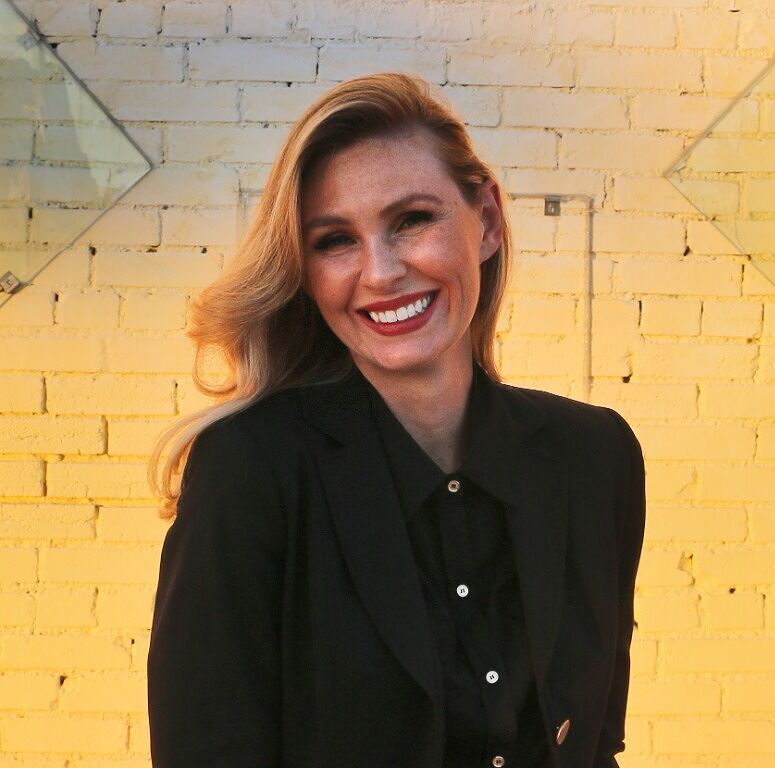 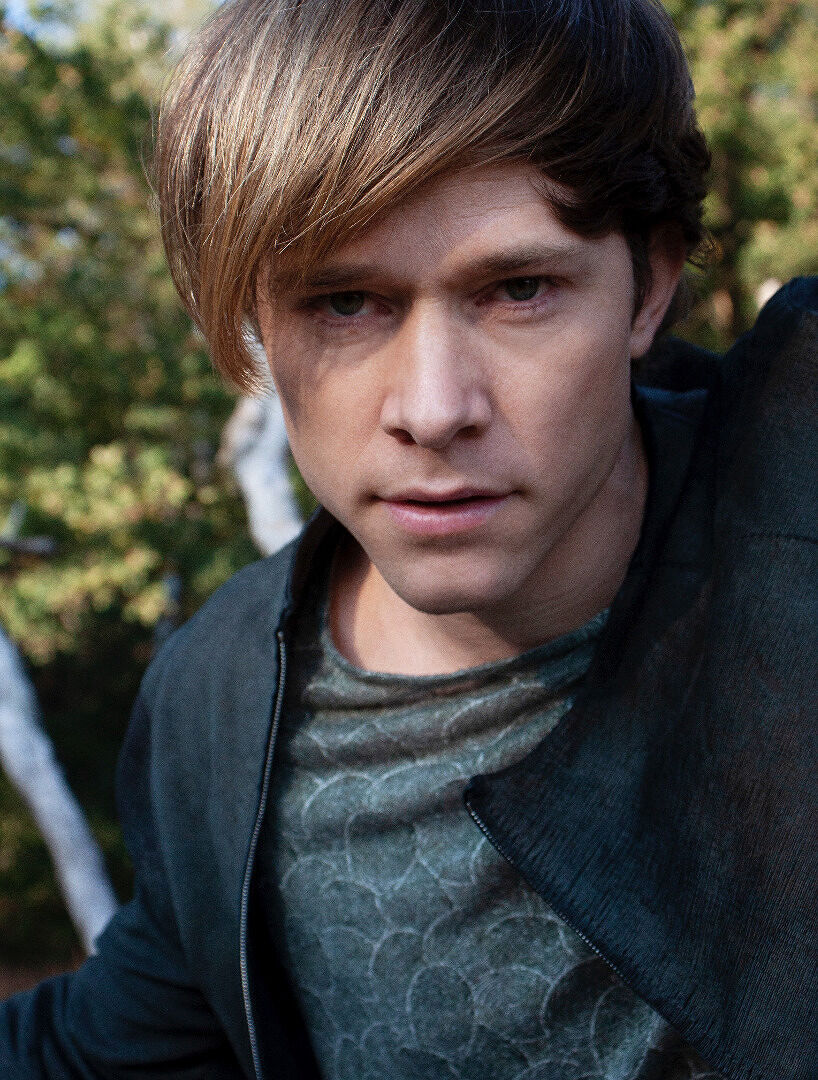 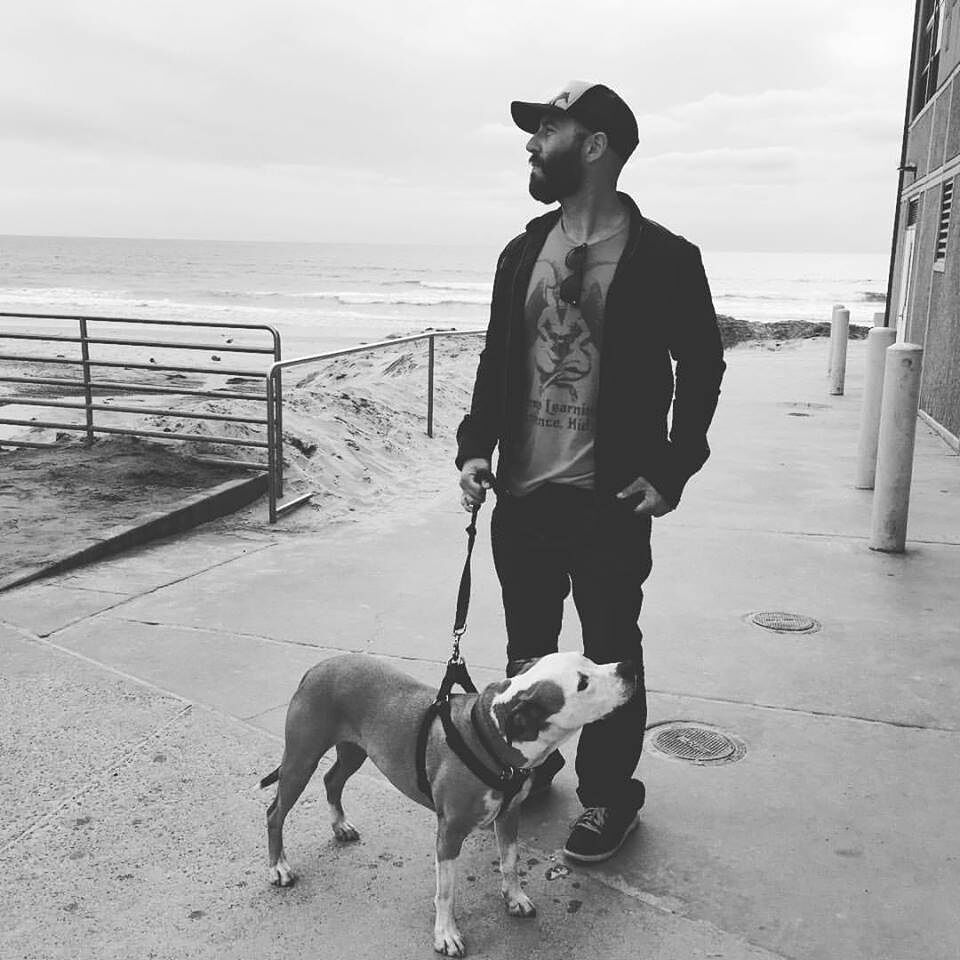 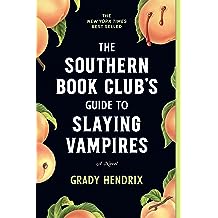 The Southern Book Club's Guide to Slaying Vampires: A Novel 07/04/2020
by Grady Hendrix
( 11,584 )
$14.24
“This funny and fresh take on a classic tale manages to comment on gender roles, racial disparities, and white privilege all while creeping me all the way out. So good.”—Zakiya Dalila Harris, author of The Other Black Girl

Steel Magnolias meets Dracula in this New York Times best-selling horror novel about a women's book club that must do battle with a mysterious newcomer to their small Southern town.

Patricia Campbell’s life has never felt smaller. Her husband is a workaholic, her teenage kids have their own lives, her senile mother-in-law needs constant care, and she’s always a step behind on her endless to-do list. The only thing keeping her sane is her book club, a close-knit group of Charleston women united by their love of true crime. At these meetings they’re as likely to talk about the Manson family as they are about their own families.

One evening after book club, Patricia is viciously attacked by an elderly neighbor, bringing the neighbor's handsome nephew, James Harris, into her life. James is well traveled and well read, and he makes Patricia feel things she hasn’t felt in years. But when children on the other side of town go missing, their deaths written off by local police, Patricia has reason to believe James Harris is more of a Bundy than a Brad Pitt. The real problem? James is a monster of a different kind—and Patricia has already invited him in.

Little by little, James will insinuate himself into Patricia’s life and try to take everything she took for granted—including the book club—but she won’t surrender without a fight in this blood-soaked tale of neighborly kindness gone wrong.
Read more
Other Formats:: Audible Audiobook , Hardcover , Paperback , Audio CD
includes tax, if applicable 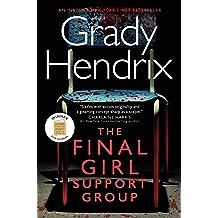 Winner of the Goodreads Choice Award, and from the author of The Southern Book Club’s Guide to Slaying Vampires, comes a New York Times bestselling horror novel that follows a group of heroines to die for.

In horror movies, the final girl is the one who’s left standing when the credits roll. The one who fought back, defeated the killer, and avenged her friends. The one who emerges bloodied but victorious. But after the sirens fade and the audience moves on, what happens to her?

Lynnette Tarkington survived a massacre twenty-two years ago, and it has defined every day of her life since. And she’s not alone. For more than a decade she’s been meeting with five other final girls and their therapist in a support group for those who survived the unthinkable, putting their lives back together, piece by piece. That is until one of the women misses a meeting and Lynnette’s worst fears are realized—someone knows about the group and is determined to take their lives apart again, piece by piece.

But the thing about these final girls is that they have each other now, and no matter how bad the odds, how dark the night, how sharp the knife, they will never, ever give up. 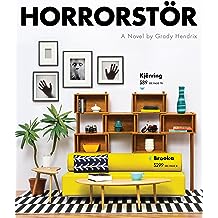 Horrorstor: A Novel 23/09/2014
by Grady Hendrix
( 4,004 )
$14.24
From the New York Times best-selling author of The Southern Book Club's Guide to Slaying Vampires comes a hilarious and terrifying haunted house story in a thoroughly contemporary setting: a furniture superstore.

Something strange is happening at the Orsk furniture superstore in Cleveland, Ohio. Every morning, employees arrive to find broken Kjerring bookshelves, shattered Glans water goblets, and smashed Liripip wardrobes. Sales are down, security cameras reveal nothing, and store managers are panicking.

To unravel the mystery, three employees volunteer to work a nine-hour dusk-till-dawn shift. In the dead of the night, they’ll patrol the empty showroom floor, investigate strange sights and sounds, and encounter horrors that defy the imagination.
Read more
Other Formats:: Audible Audiobook , Paperback , Audio CD
includes tax, if applicable 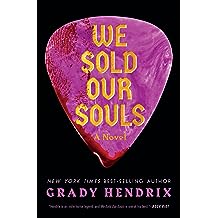 From the New York Times best-selling author of The Southern Book Club’s Guide to Slaying Vampires.

Only a girl with a guitar can save us all.

Every morning, Kris Pulaski wakes up in hell. In the 1990s she was lead guitarist of Dürt Würk, a heavy-metal band on the brink of breakout success until lead singer Terry Hunt embarked on a solo career and rocketed to stardom, leaving his bandmates to rot in obscurity.

Now Kris works as night manager of a Best Western; she’s tired, broke, and unhappy. Then one day everything changes—a shocking act of violence turns her life upside down, and she begins to suspect that Terry sabotaged more than just the band. Kris hits the road, hoping to reunite Dürt Würk and confront the man who ruined her life. Her journey will take her from the Pennsylvania rust belt to a celebrity rehab center to a satanic music festival.

A spine-tingling horror novel, We Sold Our Souls is an epic journey into the heart of a conspiracy-crazed, pill-popping, paranoid country that seems to have lost its very soul.
Read more
Other Formats:: Audible Audiobook , Hardcover , Paperback , MP3 CD
includes tax, if applicable 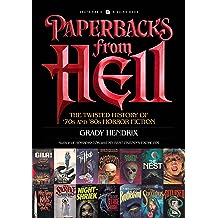 Paperbacks from Hell: The Twisted History of '70s and '80s Horror Fiction 19/09/2017
by Grady Hendrix
( 1,114 )
$14.24
From the New York Times best-selling author of The Southern Book Club's Guide to Slaying Vampires comes a nostalgic and unflinchingly funny celebration of the horror fiction boom of the 1970s and ’80s.

Horror author and vintage paperback book collector Grady Hendrix offers killer commentary and witty insight on these trashy thrillers that tried so hard to be the next Exorcist or Rosemary’s Baby. Complete with story summaries and artist and author profiles, this unforgettable volume dishes on familiar authors like V. C. Andrews and R. L. Stine, plus many more who’ve faded into obscurity.

Also included are recommendations for which of these forgotten treasures are well worth your reading time and which should stay buried.
Read more
Other Formats:: Audible Audiobook , Paperback , Audio CD
includes tax, if applicable 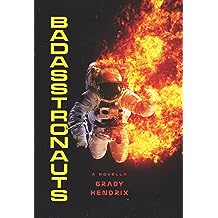 From New York Times bestselling author of My Best Friend's Exorcism, The Southern Book Club's Guide to Slaying Vampires, and The Final Girl Support Group, Grady Hendrix takes a break from horror and goes all-in on sci-fi in this novella about backyard rocket jockeys trying to get into low earth orbit.

Melville, South Carolina was out of money, it was out of jobs, it was out of hope, and today it was out of astronauts. There were only two to begin with, and now one is stuck on the abandoned International Space Station after his mission went south. With NASA’s budget cut to the bone, there’s no one to bring him back home, so everyone is only too happy to ignore this embarrassing sign of American Failure and just let him die. But his cousin, Walter Reddie, isn’t going to let that happen.

Tanked on vodka, living on a “farm” whose only crop is cars on cinderblocks, Walter's a wash-out from the Shuttle Program and he’ll be damned if he’s going to let his cousin die in the sky like a dog. And so he begins to build a rocket. If America won’t rescue its astronauts, he’ll do it himself.

Violating numerous laws, good taste, common sense, logic, and reason, Walter becomes a lightning rod for people who aren’t ready to give up. His farm is transformed into the promised land for misfits, drifters, rocket junkies, pyromaniacs, dreamers, science nerds, and astro-hippies who believe that space shouldn’t just be for billionaires. But it won’t be easy. Chances are good they’ll blow themselves up, get arrested, or kill each other before they ever get into orbit.

BadAsstronauts was originally published in 2012 as Occupy Space. This edition features a brand-new introduction by the author, and has been extensively revised from its previous edition. 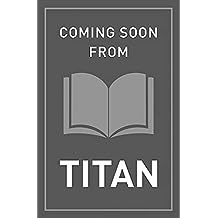 Your past and your family can haunt you like nothing else… A hilarious and terrifying new novel from the New York Times bestselling author of The Final Girl Support Group.

Every childhood home is haunted, and each of us are possessed by our parents.

When their parents are both killed in a car accident, Louise and Mark Joyner are devastated but nothing can prepare them for how bad things are about to get. The two siblings are almost totally estranged, and couldn’t be more different. Now, however, both with equally empty bank accounts, they don’t have a choice but to get along. Their one asset? Their childhood home. They need to get it on the market as soon as possible because they need the money. Yet the house has morphed into a hoarder’s paradise, and before they died their parents nailed shut the attic door…

Sometimes we feel like puppets, controlled by our upbringing and our genes. Sometimes we feel like our parents treat us like toys, or playthings, or even dolls. The past can ground us, teach us, and keep us safe. It can also trap us, and bind us, and suffocate the life out of us. As disturbing events stack up in the house, Louise and Mark have to learn that sometimes the only way to break away from the past, sometimes the only way to sell a haunted house, is to burn it all down. 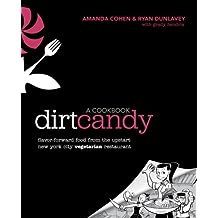 Amanda Cohen does not play by the rules. Her vegetable recipes are sophisticated and daring, beloved by omnivore, vegetarian, and vegan diners alike. Dirt Candy: A Cookbook shares the secrets to making her flavorful dishes—from indulgent Stone-Ground Grits with Pickled Shiitakes and Tempura Poached Egg, to hearty Smoked Cauliflower and Waffles with Horseradish Cream Sauce, to playfully addictive Popcorn Pudding with Caramel Popcorn. It also details Amanda’s crazy story of building a restaurant from the ground up to its success, becoming one of the most popular restaurants in New York City—all illustrated as a brilliant graphic novel. Both a great read and a source of kitchen inspiration, Dirt Candy: A Cookbook is a must-have for any home cook looking to push the boundaries of vegetable cooking.
Read more
Other Formats:: Paperback
includes tax, if applicable 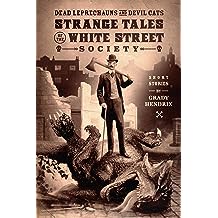 Sending up 19th century fears about women, Germans, the Irish, Chinatown, Southerners, politicians, and anyone who wasn’t the “right” kind of person (read: male and white) this collection of cases contains shocking details that are sure to tighten the corsets and spin the mustaches of all gentle readers. Animals and pregnant women are advised to KEEP AWAY from “The Hairy Ghost!”, “The Corpse Army of Khartoum!”, “The Yellow Peril!”, and “The Christmas Spirits!” as well as the shocking new story premiering in this collection, “The President Who Would Not Die!” For those bold readers who desire a strong blast of nonsense, allow us to introduce you to the supernatural wonders that these bold men of the 19th century were compelled to shoot, poison, burn, and beat to death with shovels, all in the name of PROGRESS!
Read more
includes tax, if applicable 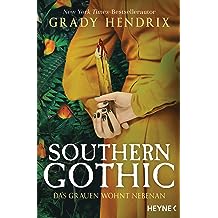 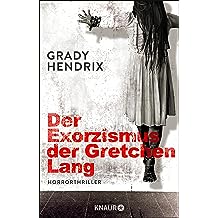 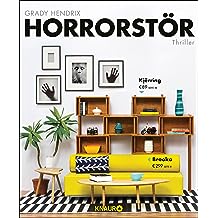