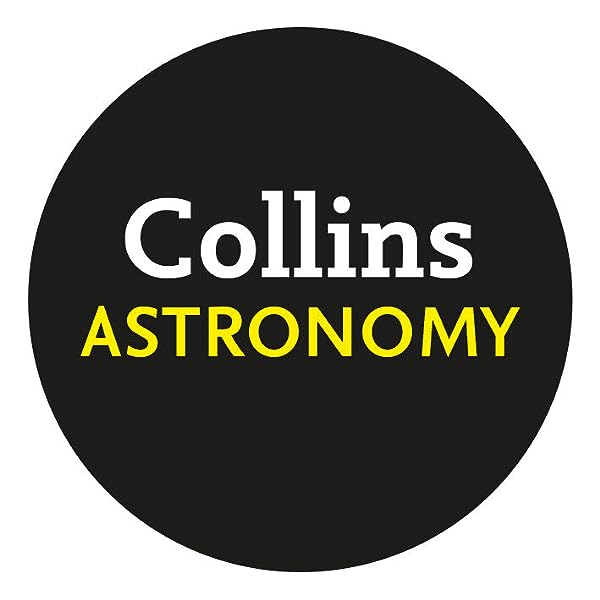 2021 Guide to the Night Sky Southern Hemisphere: A Month-By-Month Guide to Exploring the Skies above Australia, New Zealand and South Africa Paperback – 2 September 2020

by Storm Dunlop (Author), Wil Tirion (Author), Collins Astronomy (Author) & 0 more
4.6 out of 5 stars 38 ratings
See all formats and editions
Sorry, there was a problem loading this page. Try again.

There is a newer edition of this item:

2022 Guide To The Night Sky Southern Hemisphere: A Month-By-Month Guide To Exploring The Skies Above Australia, New Zealand and South Africa
$17.75
(4)
In stock.

A comprehensive handbook to the planets, stars and constellations visible from the southern hemisphere. 6 pages for each month covering January–December 2021. Diagrams drawn for the latitude of southern Australia, but including events visible from New Zealand and South Africa.

• Advice on where to start looking

• Special, detailed charts for positions of planets, minor planets and comets in 2021

• Details of objects and events you might see in 2021

• Diagrams of notable events visible from Australia, and some for New Zealand and South Africa

Storm Dunlop has written numerous books on astronomy and meteorology, and has acted as editor and consultant on many more. He is a Fellow of the Royal Astronomical Society, a member of both the International Astronomical Union and the American Association of Variable Star Observers, and is a former President of the British Astronomical Association. Storm is a Visiting Research Fellow at the University of Sussex.

Wil Tirion never had any education in astronomy. He education was focused on graphic arts and design, although the starry sky and especially star maps have always fascinated him. In the field of astronomy and uranography (mapping the sky), he is what they call autodidact.

In 1977, just for his own enjoyment, he started making his first star atlas, with stars down to magnitude 6.5). It was published in the Encyclopedia of Astronomy, edited by Colin Ronan, (Hamlyn, London, 1979) and in 1981 as a separate set of maps by the British Astronomical Association (B.A.A. Star Charts 1950.0).

In 1978, still as a hobby, he started working on a larger atlas: Sky Atlas 2000.0., showing stars down to magnitude 8.0. Its publication, in 1981 (by Sky Publishing Corporation, USA, and co-published by Cambridge University Press), resulted in requests from several publishers for star maps for different purposes. In 1983 he decided to quit his job as a graphic artist and designer, and became a full time uranographer. Since then he has created several star atlases, like the Bright Star Atlas and the Cambridge Star Atlas and has cooperated with other people on larger atlases like Uranometria 2000.0. He has also created numerous star maps for astronomy books and magazines.

In 1987 he was honoured by receiving the ‘Dr. J. van der Bilt-prize’, a Dutch award for amateur astronomers.

Start reading 2021 Guide to the Night Sky Southern Hemisphere on your Kindle in under a minute.

From beautiful astrophotography to the bestselling guide to the night sky, we have something for everyone who is interested in exploring the mysteries of our solar system and beyond.

4.6 out of 5 stars
4.6 out of 5
38 global ratings
How are ratings calculated?
To calculate the overall star rating and percentage breakdown by star, we don’t use a simple average. Instead, our system considers things like how recent a review is and if the reviewer bought the item on Amazon. It also analyses reviews to verify trustworthiness.

Maria Maroneu
4.0 out of 5 stars night sky by the months in 2021
Reviewed in Australia on 3 January 2021
Verified Purchase
good easy to follow guide for the occasional look on a clear night. We are not fanatics but do enjoy slowly learning hoe to identify the lights of the night and this book is very helpful
Read more
Helpful
Report abuse

Amazon Customer
4.0 out of 5 stars Good start to viewing the Night Sky
Reviewed in Australia on 11 January 2021
Verified Purchase
You need to read it carefully . After a while you begin to understand what they're explaining.
Read more
Helpful
Report abuse

Teresa
5.0 out of 5 stars Superfast delivery
Reviewed in Australia on 9 November 2020
Verified Purchase
Fabulous book, and arrived so quickly. Will be ordering this every year from now
Read more
Helpful
Report abuse

Hendo
5.0 out of 5 stars very useful for beginning astronomers
Reviewed in Australia on 28 January 2021
Verified Purchase
Provides the budding astronomer with a month by month map for the southern hemisphere skies which makes it easy to locate constellations, planets etc. Indispensable and good value.
Read more
Helpful
Report abuse
See all reviews
Back to top
Get to Know Us
Make Money with Us
Let Us Help You
And don't forget:
© 1996-2022, Amazon.com, Inc. or its affiliates