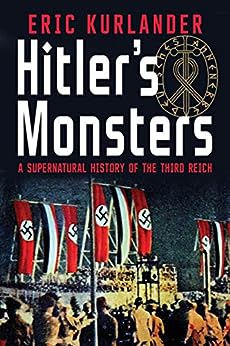 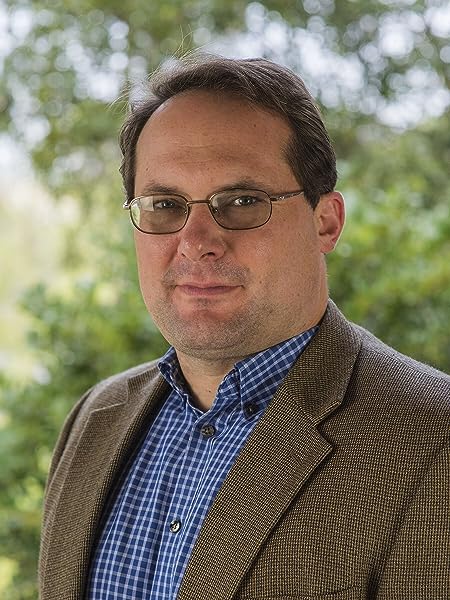 Enjoy a great reading experience when you buy the Kindle edition of this book. Learn more about Great on Kindle, available in select categories.
“A dense and scholarly book about . . . the relationship between the Nazi party and the occult . . . reveals stranger-than-fiction truths on every page.”—Daily Telegraph

The Nazi fascination with the occult is legendary, yet today it is often dismissed as Himmler’s personal obsession or wildly overstated for its novelty. Preposterous though it was, however, supernatural thinking was inextricable from the Nazi project. The regime enlisted astrology and the paranormal, paganism, Indo-Aryan mythology, witchcraft, miracle weapons, and the lost kingdom of Atlantis in reimagining German politics and society and recasting German science and religion.

In this eye-opening history, Eric Kurlander reveals how the Third Reich’s relationship to the supernatural was far from straightforward. Even as popular occultism and superstition were intermittently rooted out, suppressed, and outlawed, the Nazis drew upon a wide variety of occult practices and esoteric sciences to gain power, shape propaganda and policy, and pursue their dreams of racial utopia and empire.

“[Kurlander] shows how swiftly irrational ideas can take hold, even in an age before social media.”—The Washington Post

“Deeply researched, convincingly authenticated, this extraordinary study of the magical and supernatural at the highest levels of Nazi Germany will astonish.”—The Spectator

“A trustworthy [book] on an extraordinary subject.”—The Times

“A fascinating look at a little-understood aspect of fascism.”—Kirkus Reviews

“Kurlander provides a careful, clear-headed, and exhaustive examination of a subject so lurid that it has probably scared away some of the serious research it merits.”—National Review
Read more
Previous page
Next page

Kindle Daily Deal: Save at least 70%
Each day we unveil a new book deal at a specially discounted price - for that day only. See today's deal or sign up for the newsletter

“Deeply researched, convincingly authenticated, this extraordinary study of the magical and supernatural at the highest levels of Nazi Germany will astonish.”—Robert Carver, Spectator
“A trustworthy [book] on an extraordinary subject.”—David Aaronovitch, The Times
“This is a dense and scholarly book about one of the pulpiest subjects of the past 70 years – the relationship between the Nazi party and the occult, which has been much debated across popular culture both in fiction (Captain America, Hellboy, Wolfenstein, the Indiana Jones series, Iron Sky, The Keep and countless others) and in innumerable schlocky works of pseudoscience with runes and swastikas on the covers. As it turns out, though, even this sober, academic treatment of the topic reveals stranger-than-fiction truths on every page. ?????”—Tim Martin, Daily Telegraph
“[Kurlander] shows how swiftly irrational ideas can take hold, even in an age before social media.”—Michael Dirda, The Washington Post
“A fascinating look at a little-understood aspect of fascism.”—Kirkus Reviews
“A frightening glimpse at the pseudo-science national socialists accepted to justify their abominations abroad.”—National Post
“Kurlander provides a careful, clear-headed, and exhaustive examination of a subject so lurid that it has probably scared away some of the serious research it merits.”—National Review
“A deeply researched and lucid study of the role of supernatural beliefs in the rise of the Nazis . . . Indispensable for anyone interested in Nazism and modern pseudoscience and pseudohistory.”—Choice
"Hitler’s Monsters is a book I’ve long been wishing to read. Now that it’s been written, I couldn’t be more delighted. Eric Kurlander delivers in just about every way possible. His writing is crisp and compelling; his haunting narrative richly documented, utterly convincing, and certain to change popular understanding of National Socialist history in Germany."—Sidney D. Kirkpatrick, author of Hitler’s Holy Relics
"Eric Kurlander’s provocative new study offers compelling reasons to take a critical look at the neglected history of occultism in Nazi Germany. It should spark renewed attention to the topic and more informed debates about its significance."—Peter Staudenmaier, author of Between Occultism and Nazism
"In this thought-provoking and original book, Kurlander explores the monstrousness of Hitler’s Germany by taking seriously the demons, vampires, witches, and werewolves that populated the Nazi world and made possible the building of a Third Reich right in the middle of the twentieth century."—Peter Fritzsche, author of An Iron Wind: Europe Under Hitler
"Until now, no one has offered a sustained treatment of the links between Nazism and occultism. Eric Kurlander has unearthed myriad examples of these links, and in fields as diverse as agriculture, archaeology and armaments manufacture. Their cumulative effect in Hitler’s Monsters is positively jaw-dropping."—Monica Black, author of Death in Berlin
"In this stunning new book, historian Eric Kurlander shows how the Third Reich was monstrous in more ways than commonly supposed. The regime's modern planning and methods of conquest and biopolitics were shot through with the search for esoteric pagan, even supernatural knowledge.  We cannot think of “racial science” in the same way again."—A. Dirk Moses, author of German Intellectuals and the Nazi Past
--This text refers to the paperback edition.

Eric Kurlander is professor of history at Stetson University. He lives in DeLand, FL. --This text refers to the paperback edition.

4.5 out of 5 stars
4.5 out of 5
196 global ratings
How are ratings calculated?
To calculate the overall star rating and percentage breakdown by star, we don’t use a simple average. Instead, our system considers things like how recent a review is and if the reviewer bought the item on Amazon. It also analyses reviews to verify trustworthiness.

madi72
3.0 out of 5 stars Not the easiest read.
Reviewed in the United Kingdom on 2 June 2020
Verified Purchase
General:
I’m not going to lie, reading this was a massive struggle. The subject itself is highly fascinating and it’s immediatly obvious that the author has put in immense effort. He’s done his research very well and put in a lot of passion to write this. He touches on interesting points and takes the topic serious. Making an obvious effort to avoid producing sensational garbage. That being said...it is NOT the easiest read. The beginning in particularly can be VERY dry. He does mention that the beginning was going to be a task to read because he wanted to make sure that the reader gets the right foundation to understand the content in the later chapters. He wasn’t lying. At times, he does introduce so many people that you have to work to keep up with who is who and what they contribute to the narrative. It could be an academic piece, but all it’s missing is the copious amounts of footnotes, that is typical to academic papers. If your looking for an introduction, or general explanation then maybe this book isn’t for you. If your a serious student, or dedicated reader this could work for you. It’s a shame this wasn’t written to be more easy to read, as the world is in desperate need of a book that breaks down the occult connections/fascinations the Nazis had. Something that addresses the ludacris conspiracy theories but also isn’t afraid to dig deep into some uncomfortable (and overlooked) territory.
Delivery was very quick and arrived in excellent condition.

Cons:
1) very difficult to follow as the writing isn’t easy to follow.
2) certain chapters, especially the beginning ones, can be VERY dry.
Read more
8 people found this helpful
Report abuse

Dymphna
5.0 out of 5 stars Fascinating
Reviewed in the United Kingdom on 28 June 2018
Verified Purchase
I'm really enjoying this so far: a comprehensive, serious, properly researched analysis of the quasi-religious, pseudo-scientific and plain bizarre beliefs and tendencies of the Nazi movement. This book is very thorough as it traces Nazi occultism back to its its origins in the late 19th century trend for spiritualism, folklore and early pagan "revival" (or, more accurately,, recreation) movements.
Read more
7 people found this helpful
Report abuse

Dave Halladay
5.0 out of 5 stars A realistic study of the esoteric roots of National Socialism.
Reviewed in the United Kingdom on 18 June 2018
Verified Purchase
There's a lot of books out there on the subject of the esoteric history of the Third Reich, some truly and deeply esoteric such as Miguel Serrano's works and therefore not for everyone and others truly outlandish and fanciful. This book falls somewhere in between, it is well researched and grounded and a welcome addition to my library.
Read more
7 people found this helpful
Report abuse

charles flint
5.0 out of 5 stars An erudite and well researched book.
Reviewed in the United Kingdom on 3 January 2020
Verified Purchase
This is a well written and researched book. I would recommend this book to anyone who is interested in delving, in an erudite manner, into the roots of nazi ideology. Fascinating.
Read more
Report abuse

L
5.0 out of 5 stars A deeper delve into an interesting topic
Reviewed in the United Kingdom on 11 May 2020
Verified Purchase
Only just bought it, but knew what is was beforehand. A deeper delve into an interesting topic avoiding all the conspiracy. Good references within if required.
Read more
Report abuse
See all reviews
Back to top
Get to Know Us
Make Money with Us
Let Us Help You
And don't forget:
© 1996-2022, Amazon.com, Inc. or its affiliates