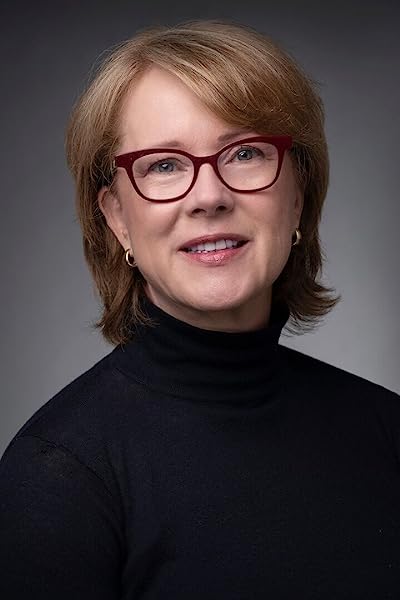 by Sara G. Forden (Author)
4.5 out of 5 stars 568 ratings
See all formats and editions
Sorry, there was a problem loading this page. Try again.

“Think the Gucci name is all about logos and loafers? This gripping book about the empire and murder of Maurizio Gucci…reveals the ugly truth behind fashion’s most fabulous family.”—Glamour

Named one of the best books of the year by the Economist, The House Of Gucci tells the remarkable story of the power of the Gucci Dynasty and their famed luxury goods house. While the business was achieving unprecedented success, the family found itself shrouded in personal tragedy.

In 1993, Gucci’s financial partner, InvestCorp, forced Maurizio Gucci, the last of the Gucci family to run the Gucci Corporation, out for draining company coffers with extravagant business practices. However, on March 27, 1995, the Gucci heir was slain as he approached his office building. In 1998, his ex-wife Patrizia Reggiani Martinelli was sentenced to 29 years in prison, for arranging his murder.

Did Patrizia murder her ex-husband because his spending was wildly out of control? Did she do it because her glamorous ex was preparing to marry his mistress, Paola Franchi? Or is there a possibility she didn’t do it at all?

The Gucci story is one of glitz, glamour, intrigue, the rise, near fall, and subsequent resurgence of a fashion dynasty. Beautifully written, impeccably researched, and widely acclaimed, The House of Gucci will captivate readers with its page-turning account of high fashion, high finance, and heart-rending personal tragedy.

"Forden's complex story is hard to put down and easy to understand. Making light work of the labyrinthine family and its steamy feuds, she has an eye for picaresque detail."

Sara Gay Forden is the former Milan bureau chief and business correspondent for Women's Wear Daily. Now editor in chief of the new Italian magazine L'UNA, she lives in Milan with her Italian husband and their young daughter.
Tell the Publisher!
I’d like to read this book on Kindle

Sara Gay Forden covered the Italian fashion industry from Milan for more than 15 years, chronicling the explosion of labels including Gucci, Armani, Versace, Prada and Ferragamo from family ateliers into mega brands. She is now based in Washington, D.C. with Bloomberg News, leading a team that covers the challenges faced by big technology companies such as Amazon, Facebook and Google.

4.5 out of 5 stars
4.5 out of 5
568 global ratings
How are ratings calculated?
To calculate the overall star rating and percentage breakdown by star, we don’t use a simple average. Instead, our system considers things like how recent a review is and if the reviewer bought the item on Amazon. It also analyses reviews to verify trustworthiness.

Regup
5.0 out of 5 stars A Movie to be based on the book.
Reviewed in Australia on 29 August 2021
Verified Purchase
An easy read describing the very tangled financial web woven by the extensive Gucci family.A crazy collection of ego driven characters,makes for an interesting story.Looking forward to the movie.
Read more
Helpful
Report abuse
See all reviews

Fussy Buyer
4.0 out of 5 stars Well Written
Reviewed in the United Kingdom on 28 February 2022
Verified Purchase
If you have already read the story of the Gucci's then give this book a miss. However in the books defence it is well written but nothing new to add to the story I didn't already know.
Read more
Report abuse

anastasia
5.0 out of 5 stars Excellent!
Reviewed in the United Kingdom on 8 August 2022
Verified Purchase
What a revelation! I had no idea of the history of Gucci and the family histrionics! A fascinating read !!
Read more
Report abuse

avid british reader
5.0 out of 5 stars a great read
Reviewed in the United Kingdom on 7 December 2021
Verified Purchase
I am pretty fascinated by this story and having seen the film wanted to read in more detail and its wonderful.
Read more
Report abuse

Sital Abubaker
5.0 out of 5 stars Great read
Reviewed in the United Kingdom on 30 December 2021
Verified Purchase
Great book so glad I got to read the book before I go to see the movie
Read more
Report abuse

Deniselouise1105
5.0 out of 5 stars A must read!
Reviewed in the United Kingdom on 29 December 2021
Verified Purchase
Christmas present for my daughter.
Read more
Report abuse
See all reviews