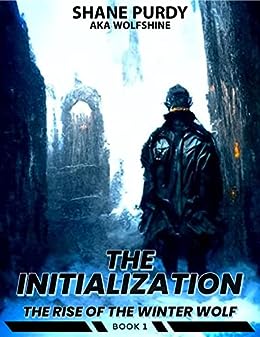 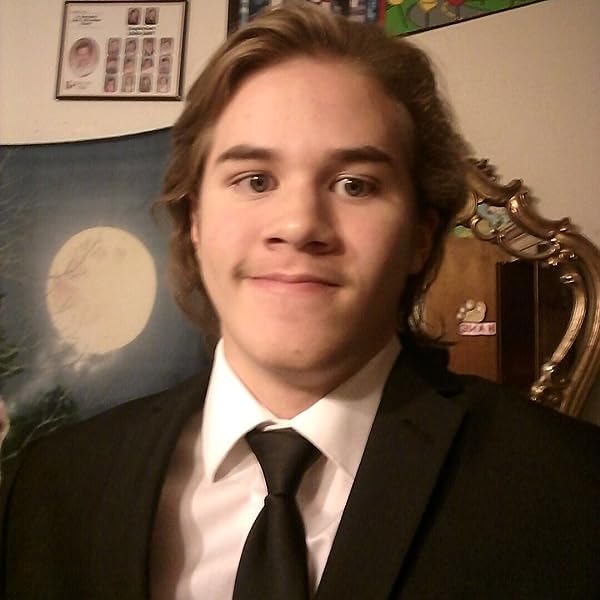 The Initialization: A Livestreamed Dungeon Crawl LitRPG (The Rise of the Winter Wolf Book 1) Kindle Edition

by Shane Purdy (Author) Format: Kindle Edition
Book 1 of 2: The Rise of the Winter Wolf
#1 Best Seller in Children's Game Books
See all formats and editions
Sorry, there was a problem loading this page. Try again.

What would you do if your entire life was suddenly changed at the drop of a hat?

The entire population of the world that you were born into suddenly transported to another planet along with the rest of the intelligent inhabitants of the Milky Way Galaxy.

A strange System talking to you about abilities and levels without a care for your opinions.

Thousands of monster spawning dungeons placed around the new world without a care for the new inhabitants.

And if those weren't bad enough, a forced invitation for one thousand random individuals to compete in a livestreamed competition within a dungeon with the rank of Administrator as the prize.

Our story follows Wolf Adler as he, along with every other human on Earth, are faced with a strange blue box filling up their vision, warning them about an upcoming reappropriation of every being of sufficient intelligence to a new planet for the initialization of some sort of System.

Will he perish in this new world? Or will he thrive?

Kindle Monthly Deals
New deals each month starting at $1.49. Learn more
Next 2 for you in this series See full series
$13.15 includes tax, if applicable
Sold by: Amazon Australia Services, Inc.

Shane Purdy is a college student in Texas studying Computer Science. At a young age he became fascinated with Fantasy books after reading the Wereworld series by Curtis Jobling, which led to a love of reading that continues to this day.

When he was younger you could almost always find him with a book in his hand (when he wasn’t busy with Band activities that is). As he got older, he started reading online webnovels as well. In June of 2021, after reading thousands of books, he decided to take the plunge and write a book of his own, starting with his first series, Dungeon from the Void.

He writes both high and low progressive fantasy novels of varying genres, including Dungeon Core, LitRPG, Cultivation, and more.

4.5 out of 5 stars
4.5 out of 5
870 global ratings
How are ratings calculated?
To calculate the overall star rating and percentage breakdown by star, we don’t use a simple average. Instead, our system considers things like how recent a review is and if the reviewer bought the item on Amazon. It also analyses reviews to verify trustworthiness.

Alister
3.0 out of 5 stars My thoughts on Winter Wolf. Make your own reading choices.
Reviewed in Australia on 10 June 2022
Random Criticism;
The Author has a strange fixation with knives and swords being the weapon of choice of assassins which is weird, especially for supposedly 'government'-backed assassins.

Using a knife requires you to infiltrate the targets location, get past bystanders and security while carrying a weapon and stand _right next to them_, deliver a strike which is actually lethal (and you are likely only to have a single strike if they can even get close enough to take it), and if you're working for a third party - who isn't going to want you to be caught and interrogated - you need to be able to escape afterwards. For an assassin with government resources, a knife is probably less practical then even the old poisoned umbrella gambit.

Prescription;
The Author likely needs to waste less time playing Assassins Creed, and waste more time playing Hitman if they want to write about assassins in any setting based in the last couple of centuries.

Verdict;
If you want to read a livestreamed LitRPG read Dungeon Crawler Carl first - it is hilarious, over-the-top, intricate and well-plotted with most details well-thought out and characters well-defined and compelling (up to book 3 at least - dunno about later books). If you're still hungry after that. Then read this. But leave at least half-a-year between them. The Initialization is alright but a bit bland and the world-building makes some alarming creaks; it wouldn't stand up very well at all read back to back with DCC.

I loved it and expect I'll be rereading it again in the future. This book is a solid 4 and a half stars which I've bumped up to five as Amazon doesn't do half stars. Great characters, story, action and levelling.
I'm taking the half star off for purely personal taste. My preference is for stories with more interaction amongst friends, with banter and heart. This book has more of a lone wolf character.(pun not intended)
Read more
Helpful
Report abuse
See all reviews

Bob
5.0 out of 5 stars Enjoyable Dungeon LitRPG
Reviewed in the United Kingdom on 21 June 2022
Verified Purchase
Well written and constructed no major diversion from standard genre and not making up silly names for process.

jh
4.0 out of 5 stars Good fun
Reviewed in the United Kingdom on 23 June 2022
Verified Purchase
Another recently discovered author who really enjoys his writing. They convey that to the reader and drag then into a fun exciting ride.
Read more
Report abuse

Samson chui
5.0 out of 5 stars super good. No filler
Reviewed in Canada on 19 July 2022
Verified Purchase
Most litrpg and system apocalypse type books have a major problem with massive repetitive stat dumps.
This book doesn’t.
No sjw
No harem