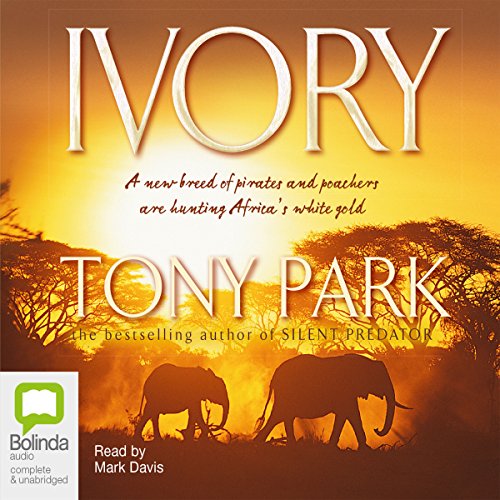 Alex Tremain is a pirate in trouble. The two women in his life - one of them his financial adviser, the other his diesel mechanic - have left him. He's facing a mounting tide of debts and his crew of modern-day buccaneers, a multi-national band of ex-military cut-throats, is getting restless. They don't all share his dream of going legit, but what Alex really wants is to re-open the five-star resort hotel which once belonged to his Portuguese mother and English father on the Island of Dreams, off the coast of Mozambique. A chance raid on a wildlife smuggling ship sets the Chinese triads after him and, to add to his woes, corporate lawyer Jane Humphries lands, literally, in his lap. Another woman is the last thing Captain Tremain needs right now - especially one whose lover is a ruthless shipping magnate backed up by a deadly bunch of contract killers.

Meanwhile Jane finds herself torn between the crooked but charming pirate and her coolly calculating millionaire boss, George Penfold. Both are passionate, and both are dangerous. What Alex really needs is one last big heist - something valuable enough to fulfil his dreams and set him and his men up for life. When the South African government makes a controversial decision to reinstitute the culling of elephants in its national parks, Alex finds the answer to his dilemma - three tonnes of ivory.

Switch between reading the Kindle book & listening to the Audible narration with Whispersync for Voice.
Get the Audible audiobook for the reduced price of $51.21 after you buy the Kindle book.
Learn more about membership
By completing your purchase, you agree to Audible’s Conditions Of Use and Privacy Notice.
Sold and delivered by Audible, an Amazon company

4.3 out of 5 stars
4.3 out of 5
123 global ratings
How are ratings calculated?
To calculate the overall star rating and percentage breakdown by star, we don’t use a simple average. Instead, our system considers things like how recent a review is and if the reviewer bought the item on Amazon. It also analyses reviews to verify trustworthiness.

Elizabeth Hamilton
4.0 out of 5 stars I always enjoy Tony Park's books and this one did not disappoint.
Reviewed in Australia on 15 April 2014
Verified Purchase
I love the formula - thriller, national parks, Africa, conservation, romance, all welded together with skill. His books are always gripping and difficult to put down. There are a few unexpected twists and the ending is satisfying.
Read more
Helpful
Report abuse

Jan Boardman
5.0 out of 5 stars Five Stars
Reviewed in Australia on 30 June 2015
Verified Purchase
he is a great writer...one of my favouritres.....
Read more
Helpful
Report abuse
See all reviews

Christine Hawkes
5.0 out of 5 stars Riveting reading
Reviewed in the United Kingdom on 14 April 2018
Verified Purchase
First book I’ve read from this author and it won’t be the last. An entwining story of pirates. Elephants. And the real bad guys! A great read
Read more
One person found this helpful
Report abuse

DennisCM
5.0 out of 5 stars Another good novel
Reviewed in the United Kingdom on 24 December 2012
Verified Purchase
I have become a follower of Tony Park's novels.
Ivory is a book that you cannot put down, it is full of adventure with the usual mix between fiction, romance and a little bit of African history.
Keep the novels coming!
Read more
4 people found this helpful
Report abuse

Amazon Customer
5.0 out of 5 stars An absolute rollercoaster.
Reviewed in the United Kingdom on 25 June 2017
Verified Purchase
Loved it and found it very hard to put down. Highly recommended. I've become a bit addicted to Tony Parks books. This one's a bit different to the others. Read It!!!
Read more
Report abuse