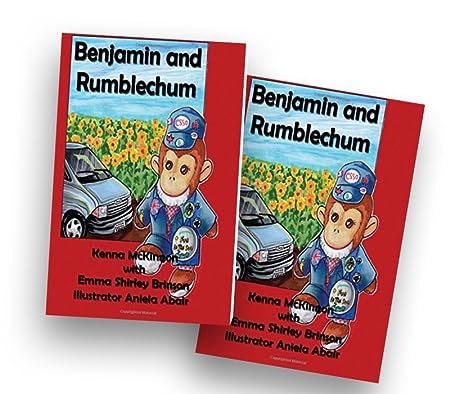 Kenna McKinnon is the author of Blood Sister, a quirky mystery starring a schizophrenic female private eye; Den of Dark Angels; Engaging the Dragon; Short Circuit and Other Geek Stories; a tale of a local superhero hair stylist, Timothie Hill and the Cloak of Power; and a novella, Ascending. Her books are available in eBook and paperback worldwide on Amazon KDP and in selected bookstores and public libraries.

Her interests / hobbies include health and physical fitness, volunteering, writing, reading, travel whether armchair or in real life, and entertaining friends. She lives in Canada.

Her most memorable years were spent at the University of Alberta, where she graduated with Distinction with a degree in Anthropology. She has lived successfully with schizophrenia for many years and is a member of the Writers' Guild of Alberta and the Canadian Authors Association. She has three children and three grandsons. 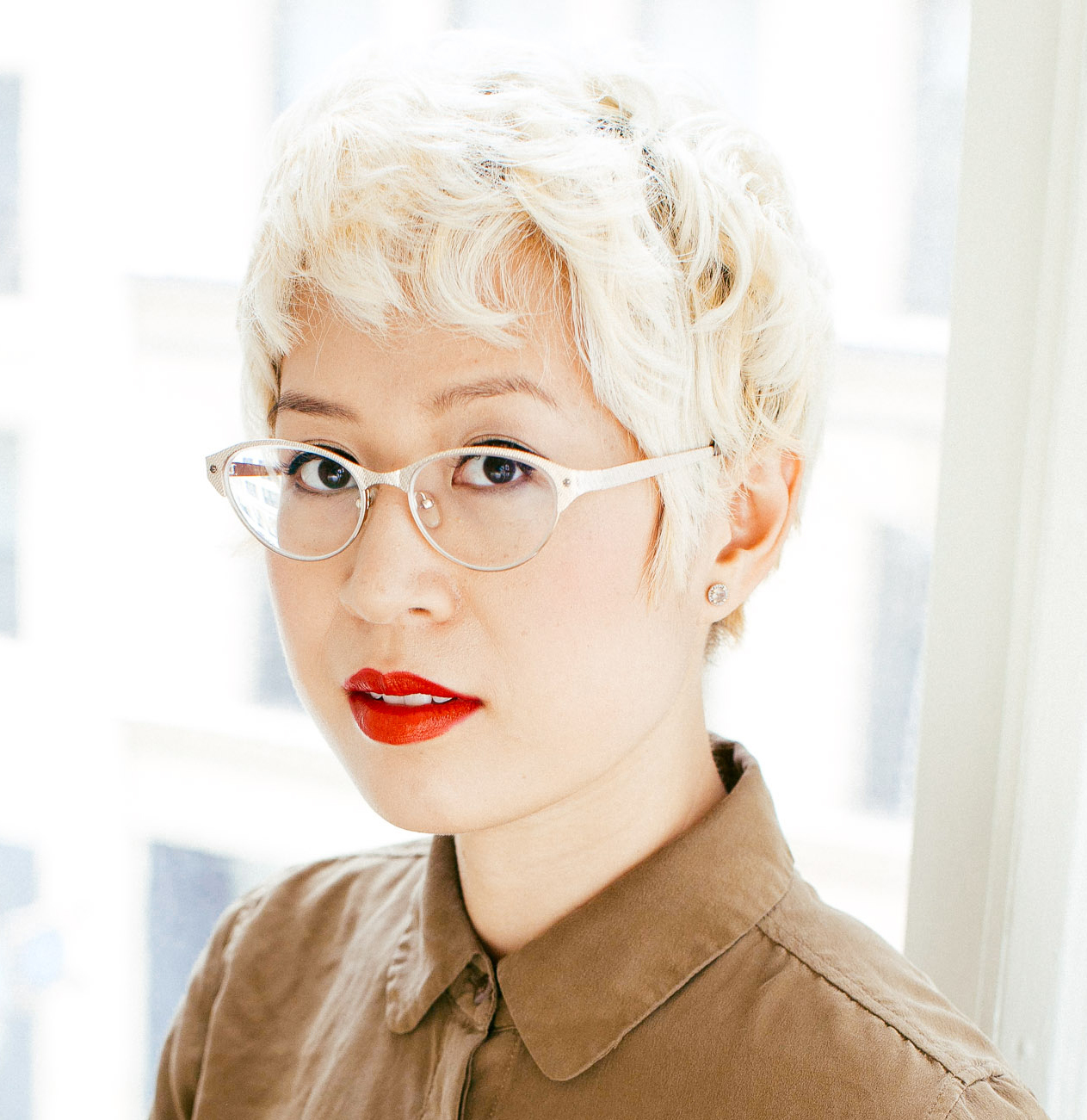 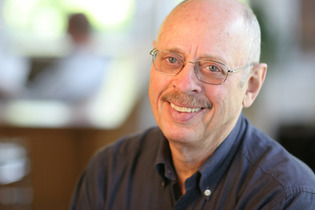 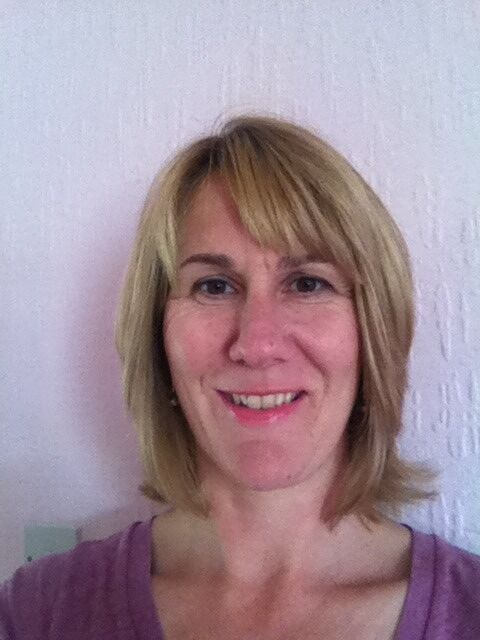 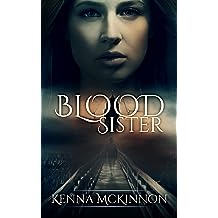 Annie Hansen, a schizophrenic private eye, is tasked with solving the murders of the town mayor and a local doctor in the small town of Serendipity, Canada.

Together with handsome detective Mark Snow, they set to bring the killer to justice. But Annie is haunted by her past, unable to overcome the darkness she's been carrying for her whole life.

Soon, the investigation takes a surprising turn when Annie and her boyfriend find themselves among the suspects. What is the cryptic message left on the late doctor's charts, and who is responsible for the crimes? 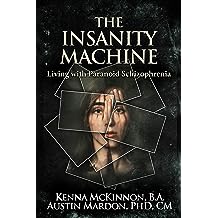 The Insanity Machine: Living With Paranoid Schizophrenia 12/06/2017
by Kenna McKinnon, Austin Mardon, Judith Hansen
( 27 )
$3.99
The Insanity Machine is an introspective look at life with paranoid schizophrenia. This book takes a clinical and observational look at the challenges presented by the condition.

Kenna discusses the definition of paranoid schizophrenia, treatments, living with the disorder, and many other topics surrounding schizophrenia. The Insanity Machine is a nonfiction story about our journey with schizophrenia, which is also well researched and suitable for therapists or family practitioners as a reference book.

The book includes the latest treatments and research, as well as personal vignettes and suggestions which a client or caregiver will find extremely helpful. The book focuses on hope and positive outcomes.
Read more
Other Formats:: Audible Audiobook , Hardcover , Paperback
includes tax, if applicable 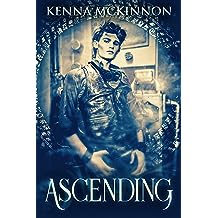 After a marriage fraught with abuse and infidelity, Scarlett Kane's husband is suddenly killed in a motorcycle accident.

Conflicted by feelings of love and hate, she struggles to build a new life, but a paranormal presence prevents her from moving on. Haunted by the past, all she wants is to have a happier future.

When Scarlett discovers an incredible secret about her husband, it seems like the inconceivable burden of her past is finally gone. On a path woven with love and deception, can Scarlett find the strength to choose between the living and the dead?

★★★★★ - "The story reminded me of an old Harrison Ford movie (in a good way), What Lies Beneath... Refreshingly different and enjoyable."

★★★★★ - I enjoyed the psychological elements of the story very much. An excellent read." 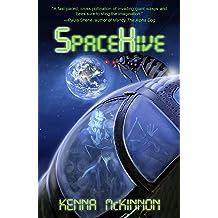 "A fast-paced cross-pollination of invading giant wasps and bees sure to sting the imagination." - Paula Shene, author

There's a buzz in the air — and it's deadly.

After getting kidnapped by alien bees, twelve-year-old Jason Anderson arrives to a spaceship called SpaceHive. There, he learns of a plot to annihilate Earth's population, so that the extra-terrestrial bees can migrate to a new world.

As a swarm of spaceships make a beeline toward Earth, Jason must convince three friendly worker bees to help him escape his space prison and find other humans to help stop the invasion. But General Vard, wasp commander of the Black Watch, has other plans.

Can Jason unite the nations of Earth in their common fight to destroy the alien invaders, or will Earth lose to the sting of conspiracy and a worldwide massacre?

★★★★★ - "A great read that will help teens understand their global importance and potential." 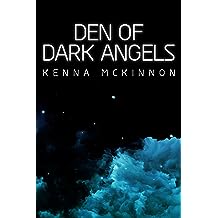 Den of Dark Angels: A Paranormal Anthology 24/06/2016
by Kenna McKinnon
( 6 )
$3.99
Demons roar from the mouths of lions and the devil lives on an alien planet in this collection of three adult fantasy/paranormal novellas set on Earth, Hell, and Heaven, and in the nether somewhere in between.

Passion for Poe spins from Calgary to Denmark in a crescendo of dysfunction. Demons slop from the trunk of a car bought by Astria Brin, and lions gaze from a bridge in the center of Calgary and follow them home, as mysterious dreams, murder and horror intertwine.

Dark Angel introduces Drake Bent, a half-demon man who roars about the universe on a chromed Harley-Davidson motorcycle with his terrier dog Killer in the sidecar. Drake's girlfriend connects to him in life and death, with the Devil's curse on them both. After Drake's parents die in a tragic car accident, he embarks on a furious mission of redemption.

In Father of Lies, we travel between 3000 years into the future, the 20th century and 3000 years B.C. in ancient Greece. As beings from Alpha Centauri await Earth's demise and Sol's nova to replenish their spirits, they watch Earth and one family in particular.
Read more
Other Formats:: Hardcover , Paperback
includes tax, if applicable 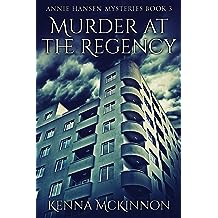 Several people have seen Clarise before her death, but none of them seem to have a motive. A contract killer, a charity scam and a shady boyfriend all seem to be connected to the case. But who wanted to kill Clarise, and why?

Annie's schizophrenic episodes are both alarming and charming, and Mark is there to support her all the way. Sleuthing their way through the mystery with intelligence and wit, the duo is determined to find out the truth and bring Clarise's killer to justice.
Read more
Other Formats:: Paperback
includes tax, if applicable 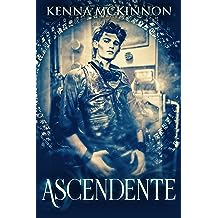 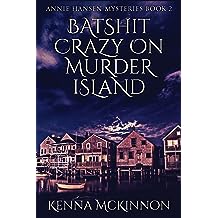 What happens when a gang of vicious drug dealers hit the sleepy Canadian town of Serendipity?

After waking up to the sound of gunshots, Annie rushes over to Ben ‘The Butcher’ Rough's meat shop, only to find out the man has been shot and killed. Digging deeper, she discovers disturbing connection with the now-deceased butcher and the Canadian criminal underworld.

Struggling with schizophrenia, Annie attempts to piece together the clues. Together with her partner, RCMP Detective Mark Snow, can they find the perpetrators and bring them to justice? 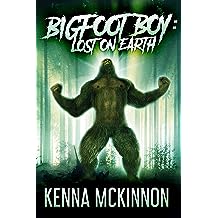 After a middle school field trip to Earth, Bigfoot youngster Errl is wandering in the forest, lost. While waiting for his friends to return, he falls in love with a golden-haired beauty.

Errl also meets other humans on his journey. Some of them seem nice, while others carry dangerous guns. Life is scary for a young Bigfoot on the run.

★★★★★ - "Whimsical adventure with an astounding ending you won’t see coming."

★★★★★ - "A coming-of-age novel with more twists and surprises than the mountain trails themselves." 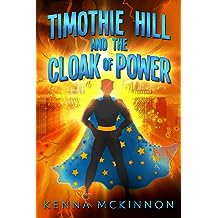 Timothie Hill and the Cloak of Power 02/02/2018
by Kenna McKinnon, Elizabeth N. Love
( 4 )
$3.99
When superhero hairdresser Timothie Hill dons his spangled cape, all hell breaks loose.His former friend and current nemesis, Reginald Smith, has sinister intentions of enslaving all mankind. With the end of the world at stake, Timothie must stop the leaders of the free world and the repulsive demon, Bael, from stealing the souls of six billion people on Earth.Armageddon has begun on Earth, and only Timothie can save the day. But can he prevail against enemies both human and inhuman?A great read for readers of all ages. -Laurie Woodward, author of Artania Chronicles
Read more
Other Formats:: Audible Audiobook , Hardcover , Paperback
includes tax, if applicable 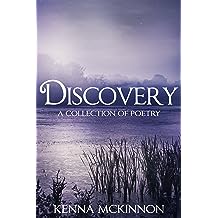 Discovery: A Collection of Poetry 01/10/2017
by Kenna McKinnon
( 5 )
$3.99
A collection of poetry by Kenna McKinnon, a member of The Writers' Guild of Alberta and Canadian Authors Association, contains 63 poems covering the author’s experiences, love stories, fantasies and a variety of perspectives into the life and times of Kenna McKinnon. Broad use of Haiku, metaphors, romance, animals, religion, travel and war round out some of the many topics brought forth in this wonderfully written sampling of poetry.
Read more
Other Formats:: Paperback
includes tax, if applicable 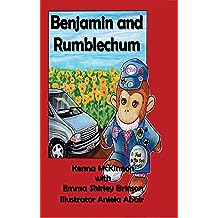 Benjamin & Rumblechum is a story that will keep your children laughing and learning from the first page to the last. As Katie and Jacob travel across Canada with their two eccentric aunts in a minivan named Rumblechum, they learn about history and geography. And with them is their stuffed monkey, Benjamin.

Rumblechum transports them through Saskatchewan, Manitoba and the huge province of Ontario, and finally back to their little house in Edmonton, Alberta. Their dear calico cat Freedom is at the door to greet them, meowing with excitement and joy, and a mysterious parcel is opened.

This is a fictional chapter book suitable for readers between ages 3 to 6, based on true traveling experiences. Your little ones will love paging through the chapters with whimsical illustrations at the top of each chapter, and you will love sharing the magical story of Benjamin's adventures in Rumblechum. This is a story for all ages, sharing the great country of Canada with a new generation of readers.