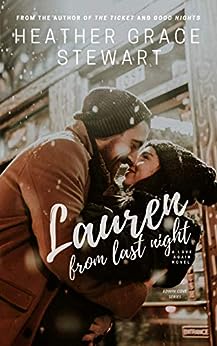 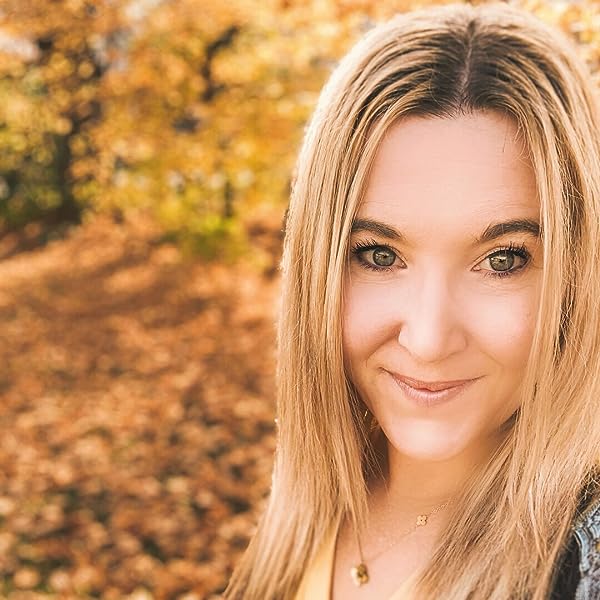 'Not your typical romance book!'

'I liked it enough to read it again!'

What if Prince Charming had found his Princess using mass email, instead of that glass slipper?

Inspired by a true story.

When Sam meets fellow Terry Fox University student Lauren in an off-campus basement bar, sparks fly, but when he tries her number the next day, he learns she's given him the wrong digits. Instead of feeling slighted, he has faith it's an honest mistake, and worries she'll think he's "that guy" if he doesn't call. Without her last name or residence floor, he tries the university's email system, and mass-emails all 246 women named Lauren in hopes of finding the right one. The women bond in same-name solidarity, forming a Facebook group called Lauren from Last Night. When the story goes viral, the women promise to protect Lauren from "stalkerish" Sam, but they might be keeping her from the love of her life. "The Laurens" aren't the only obstacles in love's way. Sam and Lauren are both trying to escape their heartbreaking, tragic past. Lauren's ex-boyfriend has transitioned and they are now finding a new way forward as friends. Sam's sister died in a tragic event and he struggles as his mother tries to overcome her fear of terrorists and her xenophobia. Is love strong enough to lift us from the pain and prejudices that weigh us down? Read Sam and Lauren's page-turning story to find out.

Heather Grace Stewart is an author, a poet, and a journalist who writes fast-paced and touching romance novels. After receiving her bachelor's degree in Canadian studies at Queen's University, she went on to earn a graduate degree in journalism. A strong believer in educating girls around the world, she has donated half of the proceeds earned from her poetry sales to UNICEF. When not writing, she enjoys baking bread, dancing, and spending time with her husband and daughter.

Gary Furlong is an Irish audiobook narrator who has a true flair for accents and dialects. With over a decade of experience as an actor and improv artist, he enjoys making listeners laugh, cry, and think and feel.

Kristin Condon is an accomplished actress, dancer, movement artist, and narrator. A life-long lover of books (she even studied literature in college), she delights in bringing stories and characters to life in the sound booth. She holds an MFA in acting from the University of Southern California and currently lives in Brooklyn with her editor husband and their Australian Cattle Dog. Connect with her at KristinCondon.com and on Instagram @KristinCondon. --This text refers to the audioCD edition.

Heather Grace Stewart is a poet and journalist who writes fast-paced, humorous and touching romance novels. The Ticket, a romantic comedy inspired by a true story, became an International Kindle bestseller and is now optioned to become a movie or television series. The Ticket and her novel Strangely, Incredibly Good were Top Ten Finalists in the Tale Flick Discovery Contest where books are selected to be adapted to the screen.

Heather is the author of 18 works. Her books were traditionally published until 2016 when she decided to retain all rights and self-publish. She's now had 240,000 copies downloaded and sold in print to readers around the world and all five novels have been published by Tantor or Dreamscape Media as audiobooks. In October 2020, The Ticket was translated into French. In October 2021 Polish rights to five of her novels were sold and they will be translated into Polish worldwide in 2022.

After receiving her BA (Honours) in Canadian Studies at Queen's University in Kingston, Ontario, Heather attended Montreal's Concordia University for a graduate diploma in Journalism. She worked as chief reporter of a local paper and associate editor of the national magazines Harrowsmith Country Life, Equinox and Canadian Wildlife before starting her own freelance writing and editing business, Graceful Publications, in 1999.

Heather believes educating girls around the world is the answer to many problems. Since 2008, she has donated more than half the proceeds earned from her poetry sales to Unicef in the area of Education and especially Girls Education, as well as to The Red Cross and Because I Am A Girl, and will continue to donate to this cause with a portion of proceeds from both her poetry and novel sales. Graceful Publications currently sponsors Miriam, 14, and her family on their farm in Bolivia through Plan International's Because I Am A Girl.

In her free time, Heather loves to spend time with her husband and their teenager, take photos, practice yoga, inline skate, garden, bake bread, dance like nobody's watching, and sample craft beer--usually not at the same time. Visit her official website at heathergracestewart.com and follow her on Bookbub www.bookbub.com/authors/heather-grace-stewart plus her tweets on Twitter @hgracestewart or her antics on Instagram.

4.0 out of 5 stars
4 out of 5
67 global ratings
How are ratings calculated?
To calculate the overall star rating and percentage breakdown by star, we don’t use a simple average. Instead, our system considers things like how recent a review is and if the reviewer bought the item on Amazon. It also analyses reviews to verify trustworthiness.

There are 0 reviews and 15 ratings from Australia

Rosemary Blake
5.0 out of 5 stars Diverting college story
Reviewed in the United Kingdom on 4 January 2022
Verified Purchase
A couple find each other in this novel but it isn't a traditional love story. Characters are believable and we see the results of using the internet/trending etc. this novel says more about the way groups act in college than it does about relationships, but all in all it was a diverting read.
Read more
One person found this helpful
Report abuse

Bookworm87
4.0 out of 5 stars A lovely read
Reviewed in the United Kingdom on 11 May 2020
Verified Purchase
Really enjoyed this book. It covers some heavy topics but in a way that doesn't feel overbearing or take away from the light fun feeling of the book
Read more
One person found this helpful
Report abuse

Gail
5.0 out of 5 stars Life
Reviewed in Canada on 5 December 2021
Verified Purchase
I was brought to tears a few times and lots of smiles. Love the down to earth writing of real life situations ❤
Read more
One person found this helpful
Report abuse

zoey
2.0 out of 5 stars Not for me
Reviewed in the United States on 12 October 2020
Verified Purchase
Spoilers- a skim

The H meets the h at a bar. She is an exchange student in Canada from the U.S. They are both college students. He is extremely interested in her and gets her name and number. When he tries to get hold of her he finds out that he has her wrong number. He tries to track her down via school email going just by her first name. He finds over 200 students with the name and emails them. These women band together thinking the H might be a dangerous stalker. The two finally meet and eventually get their HEA.

Likes ; very clever and fun intro with the use of the emails to track someone.

No likes : didn’t like the subtle political views sprinkled throughout the story. Trump and Obama are referenced. Romance and politics are not for me. Didn’t like the spineless h too much. She let everyone walk all over her from her roommates to her father. When she landed in the hospital, she broke up with the H and dated her doctor because her father wanted her to. The H is a medical student who works at the same hospital. He knows the doctor since he works with him. This happens two thirds of the way into the story. She did get over the doctor after a few dates.

Ammee
2.0 out of 5 stars Didn't finish.
Reviewed in the United States on 27 November 2020
Verified Purchase
Transphobia hidden as support?? Shaming girls who wear skimpy clothes? Insta love after only a few hours of talking? All within the first 60 pages? Ew. And that's not even getting into the nitty gritty details... I really tried to like this book. I tried to look past the nuances but there's too many to overlook.
Read more
9 people found this helpful
Report abuse
See all reviews
Back to top
Get to Know Us
Make Money with Us
Let Us Help You
And don't forget:
© 1996-2022, Amazon.com, Inc. or its affiliates