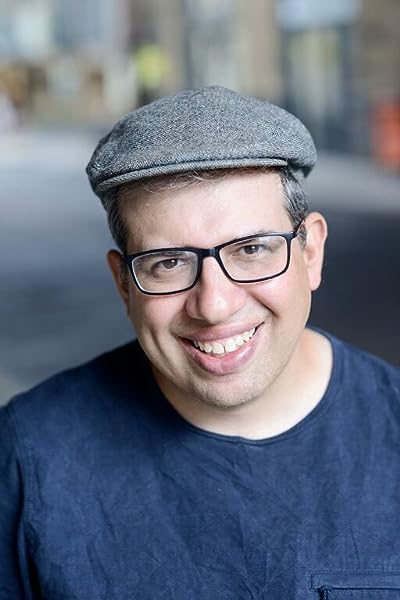 by Edward Einhorn (Author)
5.0 out of 5 stars 3 ratings
See all formats and editions
Sorry, there was a problem loading this page. Try again.
Illegal magic in Oz! What do you do when your mother is arrested for practicing witchcraft? For thirteen-year-old Buddy the answer is easy—he's off to rescue her from imprisonment in the Emerald City of Oz! Obstacles loom on every side. The giant Bumblebeast brandishes a terrible sting. The Adepts at Magic refuse to help Buddy with their powers. And who are the shadowy creatures with animal heads pursuing Buddy for mysterious reasons? With help from friends such as the living hat stand that calls itself the Earl of Haberdashery, Buddy at last reaches his mother only to find he must challenge the Wizard of Oz and Glinda the Good, the most powerful magic-workers in Oz. As if that isn't enough, the incredible secret of Buddy's past suddenly bursts forth for all to see. Questions and threats bombard him from every side as Buddy finally faces the most important choice of his life. Overflowing with magic, adventure, and everyone's favorite Oz characters—the Scarecrow, Dorothy, Tempus the Parrot-Ox, and many more—The Living House of Oz is a thrilling and hilarious romp from start to finish.
Read more
Previous page
Next page

EDWARD EINHORN is the author of Paradox in Oz and numerous plays produced in New York City including the puppet piece Unauthorized Magic in Oz. Perhaps his most notable play was the Off-Broadway production of Fairy Tales of the Absurd, which he co-authored and directed and which The New York Times called “almost unbearably funny.” He is also the author of the upcoming books: A Very Improbable Story (Charlesbridge) and The Golem, Shylock and Methuselah: Plays by Edward Einhorn (Theater 61 Press). He has been Artistic Director of Untitled Theater Company #61 since he founded it in 1992. In that time, he has directed over twenty plays with the company. He also curated The Ionesco Festival, the first-ever festival of Eugene Ionesco's complete works. Illustrator, ERIC SHANOWER, is known among Oz readers for his Oz graphic novels and his illustrations for Edward Einhorn's Paradox in Oz and many other Oz books, a couple of which he wrote himself. The second volume of the award-winning graphic novel series Age of Bronze, his retelling of the Trojan War, was chosen by the editors of Publishers Weekly as one of the best books of 2004. His illustrations have been featured in many other books, comics, magazines, and on television in North America and Europe. He lives in San Diego with his partner David Maxine and a Boston terrier named Road.
Tell the Publisher!
I’d like to read this book on Kindle

Edward Einhorn is the author of the modern Oz novels "Paradox in Oz" and "The Living House of Oz" (Hungry Tiger Press); "A Very Improbable Story" (Charlesbridge), a picture book on probability; "The Golem, Methuselah, and Shylock" (Theater 61 Press), plays about Jewish legends; and "Lysistrata", a new adaptation of Aristophanes. He is also the Artistic Director of Untitled Theater Company #61, with whom he curated the Vaclav Havel Festival, the NEUROfest, and the Ionesco Festival. He is the author of a a number of critically acclaimed plays, including "Fairy Tales of the Absurd," "Strangers," Linguish", and stage adaptations adaptation of Vonnegut's "Cat's Cradle" and Philip K. Dick's "Do Androids Dream of Electric Sheep." His newest book, "Fractions in Disguise," will be released in 2012.