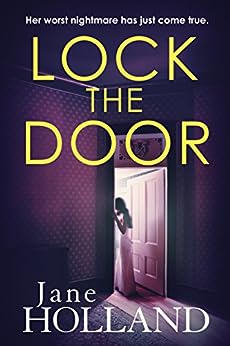 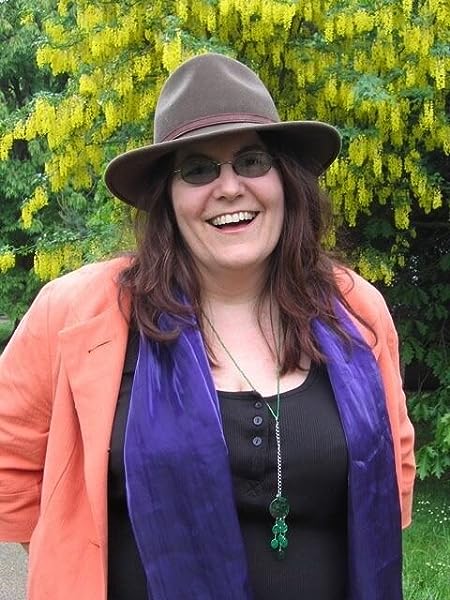 by Jane Holland (Author) Format: Kindle Edition
See all formats and editions
Sorry, there was a problem loading this page. Try again.

Meghan Smith has always been a protective mother. Her baby son, Harry, has a life-threatening condition and is never far from her sight. But on the evening of her wedding anniversary, as she and her husband celebrate in the garden with friends, Harry disappears from his cot without a trace.

In an instant, the perfect life she always longed for is in tatters, her family exposed to interrogation and accusation in the glare of media attention. But none of it gets Meghan answers—or brings back her son.

Jane Holland is a Gregory Award–winning poet and novelist who also writes commercial fiction under the pseudonyms Victoria Lamb, Elizabeth Moss, Beth Good and Hannah Coates. Her previous book, Girl Number One, hit #1 in the UK Kindle store in December 2015. Jane lives with her husband and young family near the North Cornwall/Devon border. A homeschooler, her hobbies include photography and growing her own vegetables.

“A read which wraps you in a blanket of mistrust and unease, taking you to a thrilling end.” ―Sue Fortin, author of USA Today bestselling thriller The Girl Who Lied, and Sister Sister

She also writes practical writing manuals such as Writing Prompts for Thriller Writers, along with a sister book for Romance Writers, and other non-fiction books, including a new 'Dreams Journal' for complex dream interpretation.

4.3 out of 5 stars
4.3 out of 5
483 global ratings
How are ratings calculated?
To calculate the overall star rating and percentage breakdown by star, we don’t use a simple average. Instead, our system considers things like how recent a review is and if the reviewer bought the item on Amazon. It also analyses reviews to verify trustworthiness.

Jacqueline
TOP 500 REVIEWER
3.0 out of 5 stars Don't Leave the Door Unlocked Dummies
Reviewed in Australia on 15 October 2019
Verified Purchase
A twisty abduction mystery that was just a bit too unrealistic, both in characters and plot. New mother Meghan hosts a dinner party with her husband Jon for four friends. During the dinner party she seemingly forgets to lock the front door and her seven month old baby Harry is taken. Meghan was believable at first but her behaviour became quite odd throughout the investigation. Who goes out for lunch a few hours before a press conference about your missing child? Jon was also irritating. At first I thought he blamed Meghan and was simply mourning but his erratic behaviour was revealed to be even more disturbing. I definitely didn't see that coming despite the signs.
More than half way through I still had no idea what happened to baby Harry. There were a few obvious choices and I was hoping the author wouldn't go that way. Thankfully, the kidnapper was a surprise but the ending was ridiculous. Overall, the story was well written (sans the terrible finale) but the characters were all heinous.
Read more
Helpful
Report abuse

Anne, Brisbane
4.0 out of 5 stars Sad and gripping story - a good read
Reviewed in Australia on 18 May 2017
Verified Purchase
I enjoyed reading this book. It had a gripping story line and, because of that, didn't take me long to finish as I just had to keep reading to see what happened. Will read more from this author for sure.
Read more
One person found this helpful
Helpful
Report abuse

Kindle Customer
TOP 1000 REVIEWER
5.0 out of 5 stars Chilling
Reviewed in Australia on 3 June 2017
Verified Purchase
A mother facing the unimaginable, having her sick baby abducted from her own home. The story is told by Meghan, the mother, and we certainly feel all her pain and distress. We suspect everyone with her, but I never in a million years saw that ending coming.
Read more
2 people found this helpful
Helpful
Report abuse

Karen G
5.0 out of 5 stars Great read.
Reviewed in Australia on 15 October 2017
Verified Purchase
Very well written. Kept your attention all the way through. Twists and turns, and an ending I didn't see coming. Thoroughly recommend.
Read more
One person found this helpful
Helpful
Report abuse

Anastasia Joannidis
5.0 out of 5 stars Great read
Reviewed in Australia on 26 July 2018
Verified Purchase
This book had me hooked from the beginning. The whole of the story evolved around 7 main characters and the police, interesting twist which I did not expect ... a must read !
Read more
Helpful
Report abuse

Geraldine
5.0 out of 5 stars Who to trust
Reviewed in Australia on 15 February 2019
Verified Purchase
I found book to be a good read ending was not who I would have suspected so kept story going till the end
Read more
Helpful
Report abuse

Hilda Reeves
5.0 out of 5 stars Novel
Reviewed in Australia on 28 May 2017
Verified Purchase
This book kept you interested all the way through -extremly good -couldnt put it down! Would recommened it to anyone who enjoys a mystery
Read more
One person found this helpful
Helpful
Report abuse

Kindle Customer
5.0 out of 5 stars Harry
Reviewed in Australia on 26 May 2017
Verified Purchase
I really enjoyed this book a 3 year anniversary dinner turns into a disaster when their baby is kidnapped several different twists kept it interesting
Read more
2 people found this helpful
Helpful
Report abuse
See all reviews

savvy nana
5.0 out of 5 stars A really good read
Reviewed in the United Kingdom on 22 June 2017
Verified Purchase
Difficult story line but the author handled it with compassion.One of those books I was still reading well into to the night. I certainly didn't see the ending coming as it did. A really good read.
Read more
11 people found this helpful
Report abuse

Gina G
3.0 out of 5 stars Readable (if irritating in parts), but I can't say it lived up to the hype
Reviewed in the United Kingdom on 15 March 2018
Verified Purchase
This was a bit hit and miss for me. Baby Harry has an auto-immune illness for which he needs twice-daily life-saving injections, but which his parents haven't told anyone about as yet.

When Harry is abducted from his own bed one evening, his health is of paramount concern, and his mother, Meghan, is naturally beside herself. For the first two thirds of the book there is a lot of fairly long repetition (which I regularly skipped over) about how she misses him, longs to feel him in her arms again etc (but much more drawn-out than my synopsis, obviously!) and yet she still feels able to meet friends for lunch in Wetherspoons a day or so after the abduction, and to meet another friend for lunch a day or 2 after that.

Particularly far-fetched were the incidents with the pre-loaded syringes and the Russian neighbour, but for me some of the most ridiculous parts were where Meghan's 'instincts' kicked in - for example, she 'knew' where a particular car had gone even though there was no sign of it, and so strong were these instincts that she accused 3 different people of having taken him because she 'knew' they had.

The book has been edited efficiently and read well, hence a 3 star review, and I would read something else by this author
Read more
6 people found this helpful
Report abuse

scott joplin
4.0 out of 5 stars Great Read!
Reviewed in the United Kingdom on 19 February 2018
Verified Purchase
I thoroughly enjoyed this book. I had made several guesses as to who had taken Harry so was very surprised to find out who it was. This author kept me in suspense with no hints whatsoever.
Now I'm looking for another novel by Jane Holland.
Read more
4 people found this helpful
Report abuse

Daphnie's Mum
1.0 out of 5 stars More nonsense
Reviewed in the United Kingdom on 13 November 2019
Verified Purchase
After really enjoying Girl Number One, I read the Hive by Jane Holland which was utter nonsense. I wouldn't say Lock the Door was quite as bad, but still pretty awful. None of the characters are very likeable, especially Meghan, who takes off on silly missions on a whim and gets involved in things she simply wouldn't be able to, in real life. The ending was particularly ridiculous. This is the last Jane Holland book I will read.
Read more
2 people found this helpful
Report abuse

Roxylu
4.0 out of 5 stars A good read but questionable plot!
Reviewed in the United Kingdom on 4 June 2021
Verified Purchase
Audio Version - I did enjoy this book and it did keep my interest all the way through despite it being quite far fetched. In particular the ending. I will not add any spoilers and you can make your own minds up. Some of the actions of Meghan were questionable and I doubt the police, whoever she was, would let her crawl all over a crime scene. I liked the general storyline and did think it was well written. Just not particularly believable hence the 4 stars. Its definitely worth a read.
Read more
Report abuse
See all reviews
Back to top
Get to Know Us
Make Money with Us
Let Us Help You
And don't forget:
© 1996-2022, Amazon.com, Inc. or its affiliates