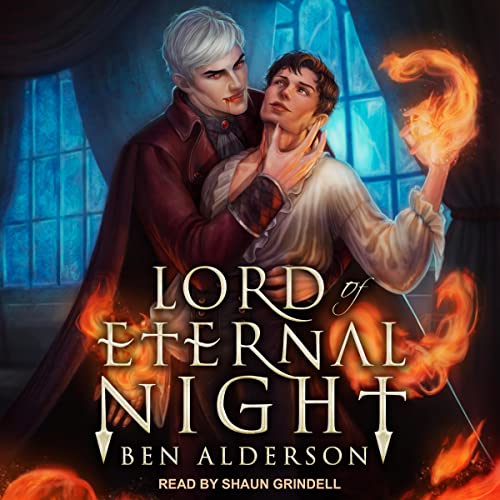 Perfect for fans of From Blood and Ash and A Shade of Vampire—but with added spice!

Jak's life has only one meaning: Break the curse or die trying.

Marius's life has no meaning; not since he was cursed into the twisted, bloodthirsty creature of night. For years the witches have waited for their salvation, a way to return the magic that was sacrificed when the curse was first cast. Jak, a boy born with power that the witches have not seen in a century, is their prophesied savior. The one who is to kill the creature, break the curse and restore magic to his coven.

Sent to the creature's castle as the final Claim, Jak must get close enough to land the final blow. It is what he has trained all his life to accomplish. Not all is as it seems when Jak uncovers secrets and half-truths. The creature is not the haunting beast he had been brought up to hate. Emotions war as new feelings are uncovered. For what is more dangerous than hate? Lust.

Last chance - Ends Thursday!
Learn more about membership
By completing your purchase, you agree to Audible’s Conditions Of Use and Privacy Notice.
Sold and delivered by Audible, an Amazon company

4.3 out of 5 stars
4.3 out of 5
858 global ratings
How are ratings calculated?
To calculate the overall star rating and percentage breakdown by star, we don’t use a simple average. Instead, our system considers things like how recent a review is and if the reviewer bought the item on Amazon. It also analyses reviews to verify trustworthiness.

Rosharn
3.0 out of 5 stars Beauty and the Beast meets Interview with a Vampire
Reviewed in Australia on 15 March 2022
Verified Purchase
2.8 stars

I loved the cover art, the concept, the world, and the themes were beautiful and my exact aesthetic. I loved the characters, and the romance was so sweet! With retellings it is hard to create a unique story with surprises and twists, but this was unlike anything else! I am, however, sorry to review; it just felt lacking. Like I finished the book and was left with more questions than when I started.

MAY HINT AT SPOILERS

Please know I am not trying to stab, but these were boggling my mind while reading!

Why did the curse let Jak have powers? I needed so much more info on the curse, the covern and Marius’s abilities and limitations, the shadow hounds? Why does Katherine visit? Her mother before her? It just says it's done. Is she rolling massive barrels of wine to the castle? Why does Marius push Jak at the angry, armed covern who hate him then be surprised with what happens next? Why did Jaks mother just tap Marius on the shoulder without any protection? Did she not say throughout the book how dangerous and deadly he is? Did they think they would win with ordinary weapons when their own, who has fantastic abilities, couldn't even do it?

The writing was beautiful but could have been done with one last check. This author has talent and beautifully creative skills in creating unique stories. Who knows, maybe I was just not in the right frame of mind while reading this? It just took me so long to finish cause I kept getting pulled out with questions and confusing descriptions that contradicted each other. I hope to see more of this writer, there is only room for improvement, and the passion is evident in his writing.
Read more
One person found this helpful
Helpful
Report abuse

Kindle Customer
4.0 out of 5 stars Great start to a new universe
Reviewed in Australia on 13 March 2022
Verified Purchase
Thanks TikTok, yet again you have provided me with another great read!
I loved this take on beauty and the beast.
The two main characters were well developed. The story flows effortlessly. Can not wait to read more tales within the universe.
Read more
Helpful
Report abuse

Shelby
5.0 out of 5 stars This book is beautiful!!!
Reviewed in Australia on 29 November 2021
Verified Purchase
It's been a very long time since I've enjoyed a book enough to start and finish it in the same day but this book did that! I love how descriptive the scenes are but still leaving room for my imagination
Read more
Helpful
Report abuse

Kindle Customer
5.0 out of 5 stars Loved it!
Reviewed in Australia on 10 March 2022
Verified Purchase
An interesting and exciting story for anyone who likes vampire fantasy stories with a bit of spicy(but not too spicy) BL/yaoi romance. ☺️:0
Read more
Helpful
Report abuse

Tia Potter
5.0 out of 5 stars love this book
Reviewed in Australia on 22 November 2021
Verified Purchase
absolutely love this book - found the author on tiktok. It arrived within a week
Read more
Helpful
Report abuse

Benji
5.0 out of 5 stars Juicy and Captivating
Reviewed in Australia on 27 May 2022
This was gifted to me as I wanted to get more into reading, having not read much in the past. THIS BOOK!! Had me hooked within the first chapter. Ben Alderson has provided a queer fantasy fiction in which everything just flowed and gave chapter cliff hangers that make the reader want to stay up all night and read, not to mention the chemistry and spice of his characters! pheww!! I loved this book so much I promptly purchased another 2 of Ben's books as soon as I had finished this one!
Read more
Helpful
Report abuse

Nasia Nika
5.0 out of 5 stars One of my favourites, just beautiful.
Reviewed in Australia on 22 November 2021
I'm glad I accidentally stumbled across this book on tiktok because it was one of the best decisions I could make. This book filled me with so much emotions and at the very end had me needing more and more stories over the characters. The way emotions are described just made me feel them and it was surreal. Not a single part of this book was boring and I would read it over and over because of the way it's written so elegantly, I just love it so so so much. Thank you Ben Anderson for this amazing book that you spilled your talent on I'm so excited for the rest to come.
Read more
Helpful
Report abuse

Trish
4.0 out of 5 stars Gothic romance
Reviewed in Australia on 4 September 2021
I got so caught up in this book, and didn't stop until I finished it. It felt so genuinely... medieval and gothic! Written in such a way that felt like reading an old classic. Jak is such a lovely character despite the cold way in which he was raised. I so appreciated the way these men expressed emotion authentically, it made it so easy to connect with them. Would recommend.
Read more
Helpful
Report abuse
See all reviews

Mr. Luke Perry
5.0 out of 5 stars Amazing
Reviewed in the United Kingdom on 6 October 2021
Verified Purchase
Brilliant book I could not put it down and read it all in one night. The story is familiar but entirely new and enticing. I have been dying for a book just like this for years. A brilliant fantasy story with gay MM love interests. Also the spiciness is the perfect amount. To many lgbt spicy stories relie heavily on spice and the story takes a back seat but this is all about story with just enough spice to make it feel natural. Can't wait for the second instalment
Read more
One person found this helpful
Report abuse

Laurie
5.0 out of 5 stars * SPOILERS * Ecstatically Amazing
Reviewed in the United Kingdom on 15 February 2022
Verified Purchase
2022 Villain Arc? Nah it so much sweeter than that!

I absolutly adore this book. The characters are refreshingly real, one of the best supernatural race origin stories I've read in a while. Dark and decadent.

The dynamic of magic exacting a price similar to the effect it caused is so intriguing. A small part but one of the worldbuilding joys I enjoy.

And the chemistry.... 🥵😍😍 my god. Marius and Jak are my new faves no question. The backstories and consequential character decisions, flaws, motivations are delicious. I can't wait to see them in another story exploring and finding their places.
Read more
Report abuse

JWalker
3.0 out of 5 stars Average
Reviewed in the United Kingdom on 28 April 2022
Verified Purchase
An easy read. Typical beauty and the beast style story with some slight differences. The law behind the curse and magic had so much potential to be really interesting but sadly wasn't explored. The character relationship development - whilst not bad - needed more than just physical attraction. Similarly to the law, the emotional development was only lightly touched upon making the relationship feel a bit hollow.
Read more
Report abuse

MacKemsley
5.0 out of 5 stars Beautifully Written
Reviewed in the United Kingdom on 26 April 2022
Verified Purchase
I really enjoyed this Beauty and the Beast retelling. Ben's writing style keeps the story flowing and his characters are perfect. The spice level seemed pitched just right for the story and build up of the relationship between Jak and Marius.
Looking forward to catching more of his work.
Read more
Report abuse

Frey Waddams
5.0 out of 5 stars Completed it in a single sitting
Reviewed in the United Kingdom on 5 September 2021
Verified Purchase
Who knew that seeing a tiktok could lead to enjoying a book so much. Now to go and read everything else Ben Anderson has ever written.
Read more
2 people found this helpful
Report abuse
See all reviews