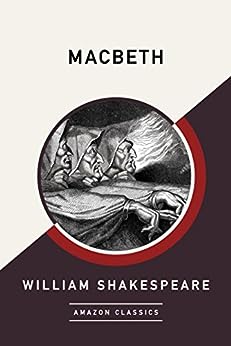 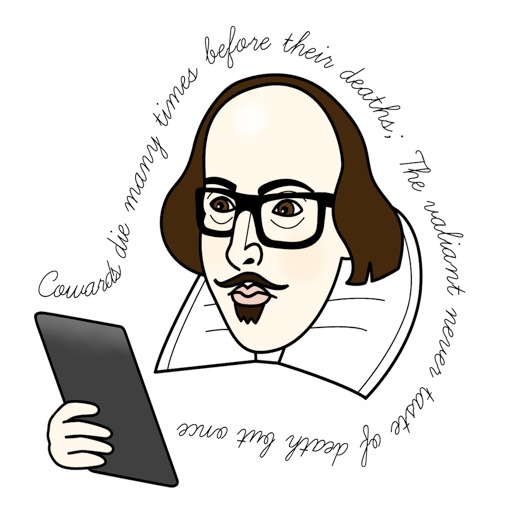 by William Shakespeare (Author) Format: Kindle Edition
See all formats and editions
Sorry, there was a problem loading this page. Try again.

One night on the heath, the brave and respected general Macbeth encounters three witches who foretell that he will become king of Scotland. At first skeptical, he’s urged on by the ruthless, single-minded ambitions of Lady Macbeth, who suffers none of her husband’s doubt. But seeing the prophecy through to the bloody end leads them both spiraling into paranoia, tyranny, madness, and murder.

This shocking tragedy—a violent caution to those seeking power for its own sake—is, to this day, one of Shakespeare’s most popular and influential masterpieces.

William Shakespeare (1564–1616) was born in Stratford-upon-Avon, Warwickshire, to a middle-class glover and landowner’s daughter. He married Anne Hathaway in 1582 and moved to London to work with a theatrical troupe ten years later.

Since little has been learned of his early life, nearly all of what we know about Shakespeare begins—on the London stage—in 1592. In the wake of his critical and public success, Shakespeare helped build the Globe theater on the River Thames.

Regarded as the world’s preeminent dramatist, his extant works include thirty-eight plays, one hundred and fifty-four sonnets, and two narrative poems, and have been translated into every major language. To this day, his plays have been performed more often than those of any other playwright—adapted for film and television, updated, deconstructed, and transfigured into ballets, operas, and musicals. Though his formal education exceeded no further than grammar school, William Shakespeare became the most transcendent and influential writer in all of world literature.

'These tapes are invaluable not just because of the quality of the diction and presentation but because they are based on the complete text as established by Philip Edwards for the New Cambridge Shakespeare edition of the plays. They may be used in conjunction with the plays or simply listened to for the sheer joy of hearing Shakespeare's wonderful language without having to endure the absurdities of so many modern productions.' Contemporary Review

'Well worth acquiring for any good audio collection.' AVL-Multimedia Information --This text refers to an alternate kindle_edition edition.

Something wicked this way comes --This text refers to an alternate kindle_edition edition.

From the Inside Flap

Dark and violent, Macbeth is also the most theatrically spectacular of Shakespeare's tragedies. Promised a golden future as ruler of Scotland by three sinister witches, Macbeth murders the king to ensure his ambitions are realized. But he soon learns the meaning of terror - killing once, he must kill again and again, and the dead return to haunt him. A story of war and witchcraft, Macbeth also explores the relationship between husband and wife, and the risks they are prepared to take to achieve their desires.

This Macmillan Collector's Library edition is illustrated throughout by renowned artist Sir John Gilbert (1817-1897), and features an introduction by Dr Robert Mighall.

William Shakespeare was born in Stratford-upon-Avon, Warwickshire, in 1564. The date of his birth is unknown but is celebrated on 23 April, which happens to be St George's Day, and the day in 1616 on which Shakespeare died. Aged eighteen, he married Anne Hathaway. They had three children. Around 1585 William joined an acting troupe on tour in Stratford from London, and thereafter spent much of his life in the capital. By 1595 he had written five of his history plays, six comedies and his first tragedy, <b><i>Romeo and Juliet</i></b>. In all, he wrote thirty-seven plays and much poetry, and earned enormous fame in his own lifetime in prelude to his immortality. --This text refers to an alternate kindle_edition edition.

Using the complete, unabridged New Cambridge Shakespeare edition, this is an audio version (cassettes and compact disks) of Shakespeare's Macbeth, using a full professional cast, sound effects and accompanying music. The recording is directed by Fiona Shaw, who also plays Lady Macbeth opposite Stephen Dillane's Macbeth. All prices are exclusive of VAT. --This text refers to an alternate kindle_edition edition.

Macbeth, in the popular Oxford School Shakespeare series, updated with a fresh new look. --This text refers to an alternate kindle_edition edition.

4.5 out of 5 stars
4.5 out of 5
4,522 global ratings
How are ratings calculated?
To calculate the overall star rating and percentage breakdown by star, we don’t use a simple average. Instead, our system considers things like how recent a review is and if the reviewer bought the item on Amazon. It also analyses reviews to verify trustworthiness.

ks chaturvedi
4.0 out of 5 stars Very good book relating to Macbeth
Reviewed in India on 30 January 2020
Verified Purchase
Sir
Every play of William Shakespeare is unique. Macbeth and King Lear, Othello and Hamlet, are reckoned Shakespeare's four principal tragedies. Lear stands first for the profound intensity of the passion; Macbeth for the wildness of the imagination and the rapidity of action; Othello for the progressive interest and powerful alternations of feeling; Hamlet for the refined development of thought and sentiment.If the force of the genius shewn in each of the work is astonishing, their variety is not less so.Macbeth himself appears driven along by the violance of the fate like a vessel drifting before a storm: he reels to and fro like a drunken man he staggers under the weight of his own purposes and the suggestion of others; he stands at bay with his situation;
and from the superstitious awe and breathless suspens into which the communication of Weird Sisters throw him is on with impious and bloody hand to tear aside the veil which hides the uncertainty of the future.The world is obliged to have four great tragedies from Shakespeare.They are Hamlet,King Lear, Macbeth and Othello.Some say that Hamlet is number one, some say it is Macbeth and others opine that it is King Lear. But I find it is Macbeth which is the greatest tragedy of English Language.
It would appear that about 1601 Shakespeare lost his faith in the world. The light heartedness of his earlier plays vanished; the laughter died away from his lips, the Macbeth is product of this. His words, his imagery,his depth, his splandid language make this play great.It is tragedy of ambition, revenge.The art of Shakespeare is fully displayed in this drama.
The Penguin Shakespeare is supreme and it's editor Mr Stenley Wells is authority on Shakespeare.The introduction is more than sufficient ,and paraphrase is good although it is not vivid.
As great art of his language I cite few examples from the book.
"Stars, hide your fires;
Let not light see my black and deep desires:
The eye wink at the hand; yet let that be,
Which the eye fears, when it is done, to see."Macbeth act 1 scene 5 before murder.
" Macbeth. I 'll go no more:
Iam afraid to think what I have done;
Look on't again I dare not" after murder of king Dunkan
Macbeth. " Iam settled, and bend up
Each corporal agent to this terrible feat.
Away, and mock the time with fairist show:
False face must hide what the heart doth know"
I cannot take more space and request readers they may relish the greatest of tragedies of William Shakespeare.I very strongly recommend the drama to readers.After reading only they would realise the enjoyment of this.
KS Chaturvedi Mathura
Read more
26 people found this helpful
Report abuse

Sam Jones
1.0 out of 5 stars NOT the advertised book
Reviewed in the United Kingdom on 14 September 2021
Verified Purchase
The description given for this book is completely wrong, and appears that it refers to a different edition. The text is small, cramped and difficult to follow. No sign of explanatory notes, summaries, illustrations or essays. Very poor effort by Amazon, - who appear to be the publishers. Poor value - even at the low asking price. The description really needs to be amended for this version.
Read more
2 people found this helpful
Report abuse

Jacob Beckford
5.0 out of 5 stars macbeth
Reviewed in the United Kingdom on 5 September 2020
Verified Purchase
From what I remember A very great book. remember reading back in school somewhere in early 2000's
could have been 1999. Left an image in my head too with a feeling. Loved it for that reason even though it was written in that old English lingo but I still liked it. Still have not read this book yet but I will read both at some point I promise
Read more
2 people found this helpful
Report abuse

n a cartledge
1.0 out of 5 stars Wrong description. Worst edition I've seen
Reviewed in the United Kingdom on 24 March 2018
Verified Purchase
The description is for a different edition. The edition I'm writing about is by Amazon. Red stripe across middle with Willam Shakespeare and Macbeth wrote on it.
No notes, eassay or summaries. It's very hard to follow, with the characters name being same font as their lines. Lots of room for notes, but that's because the text is all cramped up in center of book. This was for a kid doing GCSE. I struggled to follow it myself.
Read more
6 people found this helpful
Report abuse

Ali R
4.0 out of 5 stars Simp for Shakespeare
Reviewed in the United Kingdom on 16 September 2021
Verified Purchase
I love Shakespeare. There are so many beautiful quotes from this play, and the direct quotes used in Hamilton only make me love it more. The Scottish play is truly a classic.
Read more
Report abuse
See all reviews
Report an issue
Does this item contain inappropriate content?
Report
Do you believe that this item violates a copyright?
Report
Does this item contain quality or formatting issues?
Report