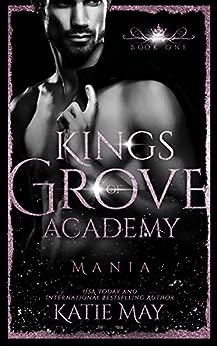 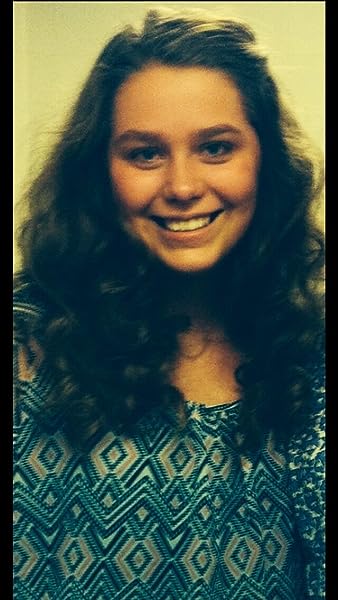 by Katie May (Author) Format: Kindle Edition
See all formats and editions
Sorry, there was a problem loading this page. Try again.

The kings who rule Grove Academy don’t scare me, not with their gentle touches, sweet words, and smiles reserved only for me. But maybe...

Maybe I should be scared.

We watch her. Protect her. Love her.

But how can we be psychopaths, when we protect the one person who deserves it? Someone so sweet and innocent, she’s completely oblivious to the horrors plaguing our elite town?

The cops call us serial killers.

We call ourselves hers.


This is a dark reverse harem romance with gothic academies, dangerous cults, serial killers, and a sweet girl planted smack dab in the middle of it all.
Read more
Previous page
Next page

Save up to 50% off RRP on books by Matthew Reilly.
Shop the Jack West Jr Series. Buy now.

Katie May is a USA Today bestselling author who loves to write about strong females and the men who love them. She writes everything from paranormal to horror to contemporary to comedy. She’s a caffeine addict and horror movie fanatic. Feel free to message her anytime on Facebook!

4.3 out of 5 stars
4.3 out of 5
145 global ratings
How are ratings calculated?
To calculate the overall star rating and percentage breakdown by star, we don’t use a simple average. Instead, our system considers things like how recent a review is and if the reviewer bought the item on Amazon. It also analyses reviews to verify trustworthiness.

Kindle Customer
TOP 100 REVIEWER
3.0 out of 5 stars I was disappointed
Reviewed in Australia on 26 October 2021
Verified Purchase
I did not love this book. In fact I considered not finishing it. The problem wasn't the violence, killing or torture. The problem is that all of the main characters are so incredibly stupid that it was painful to read, and making the main characters stupid is a pet hate of mine.

Let's discuss Ellie. Naive gullible Ellie. Every single time her gut tells her something isn't right, she completely disregards it. No matter what evidence is around her, she deliberately puts her head in the sand, and she literally denied the possibility of the guys knowing anything so many times it was repetitive and annoying.

Now the guys ... they were pretty pathetic. The book actually starts with them killing and dismembering some guy, they constantly talk about keeping Ellie safe and how they can't live without. In the meantime, they've basically messed her up emotionally for years, hiding everything from her, keeping distance from her while supposedly killing for her. Meanwhile, she has no self esteem, and one of them actively has her believing he hates her. Every interaction between them and her is painful. Even when they know she's in danger, they still won't admit they know anything.

The main female character and her ignorance of the guys feelings is reminiscent of The Shadows of Wildberry Lane series by M. Sinclair as well as the Untouchable series by Heather Long. So while this book has serial killer suitors, I kind of felt I'd already read this FMC, right down to the developing eating disorder.

Lastly, this story didn't feel that well developed. It doesn't explain how the guys got into killing or why they thought it would help her. The book felt like it had major events, and then it's like "one week later", or "one month later". I do think there was a lot of
potential but I struggled to connect with the characters and the storyline.
Read more
One person found this helpful
Helpful
Report abuse

Leeann
5.0 out of 5 stars The secrets are killing me!
Reviewed in Australia on 15 October 2021
Verified Purchase
I love the plot and the characters, but maaaan the secrets they're all keeping are driving me mental!! Lots of bloodshed, slow burn on the steam front, but also plenty of laugh out loud moments (book club anyone?) I can't wait to read the next one
Read more
One person found this helpful
Helpful
Report abuse

Bradley & Sarah Cable
4.0 out of 5 stars A little bit serious and a little funny
Reviewed in Australia on 1 November 2021
Verified Purchase
Enjoyed this book a lot more than I thought I would. I enjoyed the storyline and the boys personalities were great. Also like the slow burn relationship they had with Ellie. Plenty of serious content mixed with plenty of laughs. There were a few spots that I felt hung a little during the book but not bad enough that it put me off reading. Looking forward to book 2
Read more
Helpful
Report abuse

ValBal
TOP 1000 REVIEWER
5.0 out of 5 stars Dark and violent and perfect
Reviewed in Australia on 3 November 2021
Verified Purchase
Wow. I an intrigued. Ellie is a sweetheart. She is surrounded by 5 dangerous best friends but is utterly clueless to their intense feelings for her. That cliffhanger nearly killed me. Come on Mania, do something.
Read more
Helpful
Report abuse

Kindle Customer
5.0 out of 5 stars MANIA
Reviewed in Australia on 22 October 2021
Verified Purchase
I'm in love with this book and cannot wait for the next one! As much as I love a bad ass female character it's refreshing to be able to watch one grow, none of us were kick ass at that age. OOo and the secrets! I NEED to know they just keep coming and I'm feeling a long wait ahead.
Read more
Helpful
Report abuse

C
5.0 out of 5 stars PERFECTION
Reviewed in Australia on 17 October 2021
Verified Purchase
Can't wait to see what's install for Ellie and her Physcos in the next book. LOVE LOVE LOVE. if you haven't read it yet I highly recommend doing so, nothing better then reading about Cults, serial killers and the men being absolutely besotted for the FMC.
Read more
Helpful
Report abuse

Melissa Williams
5.0 out of 5 stars Page turner!
Reviewed in Australia on 20 October 2021
Verified Purchase
I thoroughly enjoyed this book. It was gripping and intricate and so many moving pieces fit so well together. Can’t wait for more
Read more
Helpful
Report abuse

s
4.0 out of 5 stars Four stars
Reviewed in the United Kingdom on 16 October 2021
Verified Purchase
Stars given on level of engagement;

5 stars - less than a day to read because I cannot put it down. I only give 5 stars if it has managed to engage extra emotions from me - extreme lol moments or real teary moments etc. A 5 stars book tends to have me raging about cliff hangers and (legally and not creepily) stalking the author for release dates.

4 stars - 2 days to read or less. A book that I have quite enjoyed reading, feisty MC and some racy scenes with thier romantic interest. I would definitely follow a series and author for 4 star books.

3 stars - takes around 2/3 days to read, usually because I have become distracted and less engaged in some sections but by the end the end I have enjoyed the overall story and would read any sequels.

1/2 stars not given, as I have usually returned it without finishing as I'm not engaged. .
Read more
One person found this helpful
Report abuse

obsessive reader
3.0 out of 5 stars Wanted to like this more than I did
Reviewed in the United Kingdom on 21 October 2021
Verified Purchase
I like the idea of this book but found myself skipping through a fair bit of it. You want the main male characters to be as intelligent as they're portrayed but instead they just seem to run around in circles alot and the female lead is all over the place. ALL the side characters are suspect and creepy. I'm disappointed enough that I don't think I'm going to bother getting the next installment.
Read more
One person found this helpful
Report abuse

Amanda
5.0 out of 5 stars Bloody loved it
Reviewed in the United Kingdom on 20 October 2021
Verified Purchase
Oh my god I bloody loved this book I can't wait for book two . Defiantly a must read. I like how the guys friendship its all sunshine and rainbows and the fact that Ellie is os the glue that seems to bind them together. I can't wait to "watch" them all grow together. I can't wait to see how Ellie changes with what's happened to her she's not gonna be this sweet and innocent girl anymore you can already see her changing by the end off the book.
I like how we got glimpse of how they met her I'm hoping for more off that in the books to come.
Keep doing what your doing Katie may your bloody brilliant
Read more
Report abuse

Stephanie turner
1.0 out of 5 stars Weak lead character spoils it
Reviewed in the United Kingdom on 10 November 2021
Verified Purchase
Unfortunately I just couldn’t get into this book right from the start, I gave it until about 60% through hoping it would improve but the main female character just didn’t work for me. She was too weak and naive and just stupid, it was like she had the mind of a 10 year old rather than a 17/18 year old. The guys were great they work really well throughout the story, I just wanted more from the female and in the end after trying to persevere I have given up. Hopefully it will be amended to create a better lead female, or maybe this is what some readers like, but it wasn’t for me.
Read more
Report abuse

ErinBeth
5.0 out of 5 stars Absolutely Amazing 🖤
Reviewed in the United Kingdom on 17 October 2021
Verified Purchase
For her debut in into contemporary Katie has absolutely smashed it, whilst still maintaining some of her signature writing style!
These men are obsessive pyschos for their girl, who actually is not aware of their devotion to her 😍
There’s a cult based at the school but also around the village; murder mystery; and the rival society the boys are part of - all of which Ellie is naively unaware of……until she’s chosen!
Can Ryker, Zane, Beckett, Dom and Landon save the worldly innocence that Ellie still maintains?!
You won’t regret reading this one 😩
Read more
Report abuse
See all reviews
Back to top
Get to Know Us
Make Money with Us
Let Us Help You
And don't forget:
© 1996-2021, Amazon.com, Inc. or its affiliates