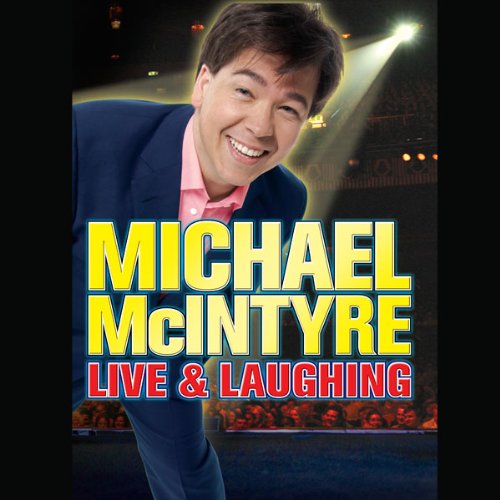 Michael McIntyre (Author, Narrator), Universal Studios (UK) Ltd. (Publisher)
5.0 out of 5 stars 1 rating
See all formats and editions
Sorry, there was a problem loading this page. Try again.
Michael McIntyre Live And Laughing is the debut recording of Britain's fastest rising comedy star. Having stormed the TV shows "Live At The Apollo", "Have I Got News For You", "Mock The Week" and "The Royal Variety Performance", Live And Laughing was the mesmerising first show of Michael's sell out five night run at the legendary Hammersmith Apollo.

Read more
©2008 Open Mike Productions. (P)2008 Universal Pictures (UK) Ltd
Previous page
Next page
Learn more about membership
By completing your purchase, you agree to Audible’s Conditions Of Use and Privacy Notice.
Sold and delivered by Audible, an Amazon company