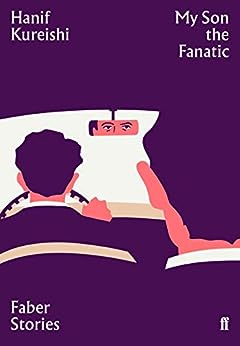 by Hanif Kureishi (Author) Format: Kindle Edition
See all formats and editions
Sorry, there was a problem loading this page. Try again.

I'm going to tell him to pick up his prayer mat and get out of my house.

When Parvez's son Ali starts clearing out his bedroom, Parvez assumes he's taking drugs and selling his possessions to pay for them. His fellow taxi drivers are triumphant: they knew something was wrong. Bettina, the prostitute Parvez regularly drives home, tells him what signs to look out for.

But nothing is physically different about Ali except that he is growing a beard - and praying five times a day. He condemns his father for drinking alcohol and eating bacon, and assures him that the Law of Islam will rule the world.

First published in March 1994, Hanif Kureishi's comedy of assimilation is both uproariously funny and so prescient it's barely funny at all.

Hanif Kureishi grew up in Kent and studied philosophy at King's College, London. His novels include The Buddha of Suburbia, which won the Whitbread Prize for Best First Novel, The Black Album, Intimacy, and The Last Word. His screenplays include My Beautiful Laundrette, which received an Oscar nomination for Best Screenplay, Sammy and Rosie Get Laid and Le Week-End. He has also published several collections of short stories. Kureishi has been awarded the Chevalier de l'Ordre des Arts et des Lettres, the PEN/Pinter Prize, and is a Commander of the Order of the British Empire. His work has been translated into thirty-six languages. He is a professor of Creative Writing at Kingston University. --This text refers to the paperback edition.

4.5 out of 5 stars
4.5 out of 5
28 global ratings
How are ratings calculated?
To calculate the overall star rating and percentage breakdown by star, we don’t use a simple average. Instead, our system considers things like how recent a review is and if the reviewer bought the item on Amazon. It also analyses reviews to verify trustworthiness.

Kindle Customer
5.0 out of 5 stars RA
Reviewed in the United Kingdom on 6 October 2021
Verified Purchase
All parents and children have their misunderstandings and issues; it's as if they belong to different cultures. In this brief but intense story this culture clash becomes a microcosm of the culture wars playing out in the world today. There is something appealing about clean and simple living, about a world view, or life, unadulterated by the confusions and contradictions of the modern Western lifestyle, which places great emphasis on the individual and consumption, which frequently leads to greed, and the disempowerment of the less acquisitive and competitive people in society. The son genuinely wanted to help others: his fellow oppressed and downtrodden as he saw them, willing to sacrifice his own potential prosperity if he had chosen to pursue the capitalist imperialist way. Belief becomes thicker than blood as a gulf opens between father and son. The trouble with cultures that think their's is uniquely the right way is that they seek global hegemony, misunderstand each other, often willfully, and instead of live and let live, meet in violent conflict only. A good encapsulation of these issues in a small domestic piece.
Read more
Report abuse
See all reviews
Report an issue
Does this item contain inappropriate content?
Report
Do you believe that this item violates a copyright?
Report
Does this item contain quality or formatting issues?
Report