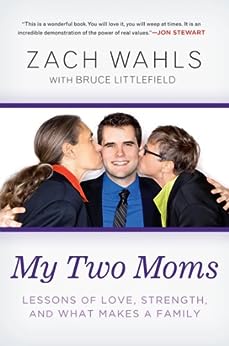 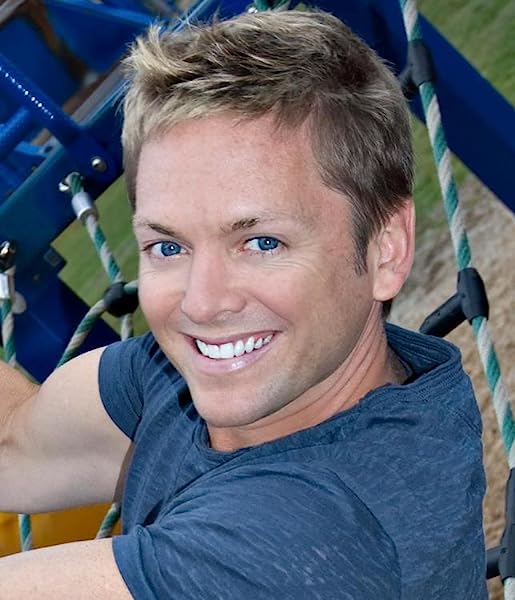 My Two Moms: Lessons of Love, Strength, and What Makes a Family Kindle Edition

by Zach Wahls (Author) Format: Kindle Edition
See all formats and editions
Sorry, there was a problem loading this page. Try again.
A resounding testament to individuality and the power of family in all forms from the young man who “lit up the Internet” (Ellen DeGeneres)

On January 31, 2011, Zach Wahls addressed the Iowa House Judiciary Committee in a public forum regarding full marriage equality. The nineteen-year-old son of a same-sex couple, Wahls proudly proclaimed, “The sexual orientation of my parents has had zero effect on the content of my character.” Hours later, his speech was posted on YouTube, where it went viral, quickly receiving more than two million views. By the end of the week, everyone knew his name and wanted to hear more from the boy with two moms.

Same-sex marriage will be a major—possibly the defining—issue in this year’s election cycle, and Wahls speaks to that, but also to a broader issue.  Sure, he’s handsome and athletic, an environmental engineering student, and an Eagle Scout. Yet, growing up with two moms, he knows what it’s like to feel different and to fear being made fun of or worse. In the inspirational spirit of It Gets Better edited by Dan Savage and Terry Miller, My Two Moms also delivers a reassuring message to same-sex couples, their kids, and anyone who’s ever felt like an outsider: “You are not alone.”

"Here he expands on his life story, speaking to all those who feel like outsiders. A needed book, and Wahls is a known quantity." ---Library Journal --This text refers to an out of print or unavailable edition of this title.

Bruce Littlefield is a lifestyle expert, an arbiter of American fun, and the bestselling author of "Garage Sale America" and "Airstream Living." Zach Wahls is a writer, speaker, LGBTQ rights advocate, and a sixth-generation Iowan. His writing has appeared in the "Daily Beast," the "Des Moines Register," and the "Daily Iowan."
Kris Koscheski, narrator, director, and audio aficionado, has worked on over four hundred audiobooks over the last twelve years. He has produced and directed many titles that have earned "AudioFile" Earphones Awards, Audie Awards, and Grammy nominations.
--This text refers to an out of print or unavailable edition of this title.

4.6 out of 5 stars
4.6 out of 5
80 global ratings
How are ratings calculated?
To calculate the overall star rating and percentage breakdown by star, we don’t use a simple average. Instead, our system considers things like how recent a review is and if the reviewer bought the item on Amazon. It also analyses reviews to verify trustworthiness.

J R DURRANT
3.0 out of 5 stars My Two Moms; Lessons in Love
Reviewed in Canada on 7 March 2013
Verified Purchase
Whilst i admire his devotion to his parents, I find that the writer comes off as "prig" - somewhat overawed by his very laudible speech to the assemly
Read more
Report abuse

don gostick
4.0 out of 5 stars too early to tell
Reviewed in Canada on 22 December 2012
Verified Purchase
I bought the book as a christmas present for my daughter and her wife who are considering adopting a child. I hope it helps them decide.
Read more
Report abuse

Amazon Customer
5.0 out of 5 stars This needs to be read
Reviewed in the United States on 27 June 2015
Verified Purchase
This is an abridged version of the complete review as it appears [...] at my blog dedicated to reading, writing (no 'rithmatic!), movies, & TV.

After sadly having to review The Invisible Orientation negatively today, I'm relieved to be able to review this one positively. Posting so many reviews of gender-queer books and novels, some people might ask: does he have an agenda? And the short, simple answer is yes, I do! I have an agenda of siding with those who are abused by right-wing religions.

I love some of the things this author says and the juxtapositions he offers us in his relating the history underlying this:

On December 21, 1996, Terry Lynn Wahls took the hand of Jacqueline Kay Reger and made public, openly and honestly, the highest commitment two loving people can make. ...[walked] down the aisle at our church to the theme song of Star Trek: Voyager

What's not to love?!

President Bill Clinton signed into law the Defense of Marriage Act (DOMA). DOMA, a bill - sponsored by then-Speaker of the House Newt Gingrich who was carrying on an extramarital affair and signed by President Clinton who was later impeached for lying about an affair of his own - explicitly defined marriage, in the federal government's eyes, as between one man and one woman, ostensibly to protect the sanctity of the institution

What's not to despise?!

There was some inconsistent writing in this book. For a book which is trying to fight against stereotyping and bigotry, I found it odd at best and hypocritical at worst when I would read a sentence like this: "Maybe part of that had to do with the Midwestern habit of not asking too many questions about things that don't concern you".

It was equally odd to read this: "Another advantage of lesbian moms: I knew girls didn't have cooties". I'm not concerned with the trivial fact of his discovering girls don't have cooties, but that he's suggesting he could only learn this from growing up the child of a same sex couple. Heterosexual marriages can't teach this? This comment just seemed odd and out of place to me.

What bothered me in learning this was why we didn't learn of co-adoption, guardianship or right of attorney. I know nothing about this so maybe it wasn't an option. Maybe it's not even possible, but as feisty as Terry was, I can't believe she didn't look into any of this - into a means by which Jackie would have some rights with the children without Terry having to give up hers.

Having no rights, Jackie had no power, and if Terry had died, Jackie would not only have lost her, but the children, too, because she had no legal claim on her own family, over the very children she and Terry had lived with and raised together. Maybe there were no options, but if so, it would have been nice to have read that Terry tried this that and the other thing, and nothing worked or was possible. I felt that this was a serious omission.

People who base their lives on an ancient ignorant manuscripts written by old men sure as hell shouldn't be allowed to dictate to people who should be allowed to fall in love and marry and who should not. I recommend this book as a very worthy and moving read.
Read more
Report abuse

M. Hunter
4.0 out of 5 stars Wish one of my kids had written this excellent book
Reviewed in the United States on 27 September 2017
Verified Purchase
This book poignantly describes the painful and inappropriate situations sometimes faced by whole families when the parents are lesbian and living in the Bible belt. It does a magnificant job of describing values-based parenting! I loved it. I gave it four stars only because the stories are interspersed with a lot of discussion about values, and I felt the stories themselves illustrated the values better than the discussion. But overall it's extremely well written. Inspiring. I wish I'd done as good a job as a parent. The two moms should be VERY proud of what they've accomplished as parents and humans.
Read more
One person found this helpful
Report abuse
See all reviews
Report an issue
Does this item contain inappropriate content?
Report
Do you believe that this item violates a copyright?
Report
Does this item contain quality or formatting issues?
Report