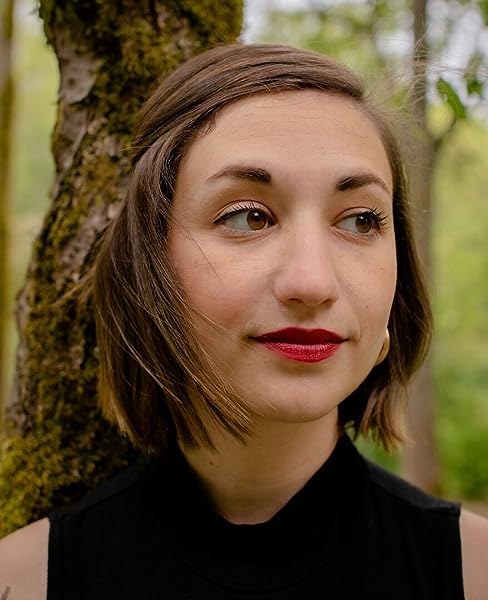 by Danya Kukafka (Author)
4.4 out of 5 stars 2,402 ratings
See all formats and editions
Sorry, there was a problem loading this page. Try again.

"A searing portrait of the complicated women caught in the orbit of a serial killer. . . . Compassionate and thought-provoking." -BRIT BENNETT, #1 New York Times bestselling author of The Vanishing Half

"A profound and staggering experience of empathy that challenges us to confront what it means to be human in our darkest moments. . . . I relished every page of this brilliant and gripping masterpiece."--ASHLEY AUDRAIN, New York Times bestselling author of The Push

In the tradition of Long Bright River and The Mars Room, a gripping and atmospheric work of literary suspense that deconstructs the story of a serial killer on death row, told primarily through the eyes of the women in his life--from the bestselling author of Girl in Snow.

Ansel Packer is scheduled to die in twelve hours. He knows what he's done, and now awaits execution, the same chilling fate he forced on those girls, years ago. But Ansel doesn't want to die; he wants to be celebrated, understood. He hoped it wouldn't end like this, not for him.

Through a kaleidoscope of women--a mother, a sister, a homicide detective--we learn the story of Ansel's life. We meet his mother, Lavender, a seventeen-year-old girl pushed to desperation; Hazel, twin sister to Ansel's wife, inseparable since birth, forced to watch helplessly as her sister's relationship threatens to devour them all; and finally, Saffy, the homicide detective hot on his trail, who has devoted herself to bringing bad men to justice but struggles to see her own life clearly. As the clock ticks down, these three women sift through the choices that culminate in tragedy, exploring the rippling fissures that such destruction inevitably leaves in its wake.

Blending breathtaking suspense with astonishing empathy, Notes on an Execution presents a chilling portrait of womanhood as it simultaneously unravels the familiar narrative of the American serial killer, interrogating our system of justice and our cultural obsession with crime stories, asking readers to consider the false promise of looking for meaning in the psyches of violent men.

"Spellbinding and beautifully written . . .an irresistible, unbearably tense thriller; a poignant, deeply compassionate tale of resilience; and a vital intervention in the way we talk about violent crime." --MEGAN ABBOTT, New York Times bestselling author of The Turnout

Danya Kukafka is a graduate of New York University's Gallatin School of Individualized Study. She currently works as an assistant editor at Riverhead books. Girl in Snow is her first novel.
Start reading Notes on an Execution on your Kindle in under a minute.

Danya Kukafka is the bestselling author of the novels NOTES ON AN EXECUTION and GIRL IN SNOW. She is a graduate of New York University's Gallatin School of Individualized Study. She works as a literary agent.

4.4 out of 5 stars
4.4 out of 5
2,402 global ratings
How are ratings calculated?
To calculate the overall star rating and percentage breakdown by star, we don’t use a simple average. Instead, our system considers things like how recent a review is and if the reviewer bought the item on Amazon. It also analyses reviews to verify trustworthiness.

Ms. S. J. Hood
TOP 500 REVIEWER
5.0 out of 5 stars An extraordinary and engrossing read
Reviewed in Australia on 4 April 2022
Notes on an Execution by Danya Kukafka is an extraordinary read and will be one of those books that will stay with me long after I've turned the final page.

Ostensibly, it's the story of a convicted murderer, Ansel Packer, who is facing the final half-day of his life on death row in Texas. However, Notes on an Execution is so much more than the story of a depraved criminal and his crimes - so, so much more. At a meta level, it asks us to consider our fascination, as a society, with true crime, especially serial murderers and aberrant offenders. Why does society bestow on these people a type of spurious glamour? Why is it that we remember the name of the killer, rather than those of his (or, as is very occasionally the case, her) victims?

As Ansel Packer's misused life draws inexorably to a close, we're drawn aside into the stories of three women whose lives are inextricably woven with his. Each of these narrative threads is engrossing in its own right, but read together they convey a haunting tale of love and loss, regret and absolution, hope and despair. Danya Kukafka explores themes including domestic abuse, sibling dynamics (between twins particularly), self-actualisation, the search for belonging, and reconciliation with oneself and others.

Notes on an Execution is undoubtedly one of my reading highlights of 2022 so far, and I'd highly recommend it to lovers of literary fiction, women's fiction and crime fiction (although it's not a mystery or thriller in the traditional sense). It would also be a stimulating read for those who have a personal or professional interest in criminology and/or victimology.
Read more
Helpful
Report abuse

Tigermike Book Musings
TOP 1000 REVIEWER
2.0 out of 5 stars his life is recounted through the experience of three women and his impact on their lives
Reviewed in Australia on 11 April 2022
Literary agent and now dual published book author, Danya Kukafka’s latest release is Notes on An Execution. The basis of the story is a man scheduled for execution in twelve hours for the grisly murder of young girls many years ago. Wanting to be recognised for his deeds and understood,. Whilst supposedly a literary fiction tale questioning the possibility of any meaning in male violence, using the lens of women, it never achieves this lofty goal. There is a psychological dearth in the characters and the narrative includes graphic and sexual scenes that actually detract from the underlying purpose of the novel. So overall a misguided premise of fascination with crime stories, makes for a disappointing read with only a two-and-a-half-star rating.
Read more
Helpful
Report abuse
See all reviews

多讀書
5.0 out of 5 stars Surprisingly good!
Reviewed in the United Kingdom on 9 February 2022
Verified Purchase
This book was chosen as part of a book club I am a member of. When one of the other members introduced the book and explained the concept I admit I rolled my eyes and resigned myself to a sentimental, moralist screed about how it's wrong to kill women.

Happily, I was wrong. The book follows Ansel Packer, a murderer condemned to death, and three of the women he's encountered in his life: Lavender, his mother; Saffy, a police officer with whom he grew up in foster care, and Hazel, Ansel's sister-in-law. The narrative alternates between one second-person chapter following Ansel's final day before his execution, and one chapter following one of the women, at various points through the past up to the present.

I was surprised at how engaging I found the book. The 'countdown to execution' narrative arc was an excellent one that really sucked me in, and even though Ansel is described at every turn as a vicious, unfeeling psychopath, Kukafka has done an excellent job of describing him and his thoughts and feelings, such as they are.
Read more
6 people found this helpful
Report abuse

Gilllian Anne Moxham Biddle
5.0 out of 5 stars If I could I would have rated it higher!
Reviewed in the United Kingdom on 10 February 2022
Verified Purchase
I am a prolific reader.
Few books are truly great.
This is such a one.
Read it!
A profound & beautiful book.
Read more
7 people found this helpful
Report abuse

VC
5.0 out of 5 stars Complex, emotional, and dark
Reviewed in the United Kingdom on 30 June 2022
Verified Purchase
This was a very emotional book to read. Definitely check out content warnings if you feel you need to before reading this.

The story involves the life and crimes of a convicted murderer, Ansel Packer. It's not a redemption story, and the interweaving stories of the lives Ansel affected add layers of complexity.

Although I think this deserves all the stars, I feel like this writer is just beginning to flex her skills. It's not perfect, but it's powerfully moving. I look forward to her future works.
Read more
Report abuse

Laurajane
5.0 out of 5 stars Gripping read that I couldn't put down
Reviewed in the United Kingdom on 15 March 2022
Verified Purchase
I loved this book. Having just finished a book filled with lazy metaphors & tedious internal dialogue, the crisp, compelling writing was glorious to read. Unlike many books that jump around in time, I didn't need to keep checking where I was & even the bad characters stole my heart. Buy it. Read it.
Read more
2 people found this helpful
Report abuse

W. A. Burt
5.0 out of 5 stars Evil hides in the corners of everything
Reviewed in the United Kingdom on 2 August 2022
Verified Purchase
After a promising debut,Kukafka takes her writing to another level.
Well structured and immersive,the lives of Lavender,Saffy,Jenny and Ansel are dissected and analysed as they intertwine throughout the course of this novel.
In the same vein as The Prisoner And The Chaplain by Michelle Berry,books like these don't come along very often.
Something to savour.
Read more
Report abuse
See all reviews