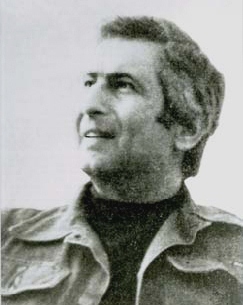 by Pimsleur (Author)
3.9 out of 5 stars 20 ratings
Edition: 16 Lessons
See all formats and editions
Sorry, there was a problem loading this page. Try again.

The key reason most people struggle with new languages is that they aren't given proper instruction, only bits and pieces of a language. Other language programs sell only these pieces -- dictionaries; grammar books and instructions; lists of hundreds or thousands words and definitions; audios containing useless drills. They leave it to you to assemble these pieces as you try to speak. Pimsleur enables you to spend your time learning to speak the language rather than just studying its parts.

When you were learning English, could you speak before you knew how to conjugate verbs? Of course you could. That learning process is what Pimsleur replicates. Pimsleur presents the whole language as one integrated piece so you can succeed.

With Pimsleur you get:

Millions of people have used Pimsleur to gain real conversational skills in new languages quickly and easily, wherever and whenever -- without textbooks, written exercises, or drills.

Conversational Vietnamese includes the 10 lessons from Pimsleur's Basic Vietnamese plus an additional 6 lessons.

"Pimsleur programs provide plenty of positive reinforcement that will keep learners on track, and we found that Pimsleur gave us more proficiency and confidence in speaking the new language than any of the other language programs we reviewed." -- AudioFile Magazine

"EXTREMELY ACCESSIBLE...each section within the lessons is short enough to hold our attention, and there is enough repetition to teach even those who consider themselves slow learners...Pimsleur [programs] are extremely thorough and easy to use -- quite lively!" -- Boston Herald

"Learn French while commuting, German while jogging, Spanish (or Russian, Italian, and Japanese) while cooking all with NO WRITTEN MATERIALS!" -- New York Daily News

"Designed for the ear and not the eye...the lessons provide PERFECT 30-minute bites of work." -- St Louis Post-Dispatch

"Learn to habla español or parlez français before your next trip aboard. The interactive LESSONS CHALLENGE STUDENTS to use new words in conversation instead of memorize them." -- American Way (American Airlines inflight magazine)

"I tried other language programs with little success...This is the best by far!" -- Pamela A. Mitchell, Pilot, International Society of Women Airline Pilots

Dr. Paul Pimsleur devoted his life to language teaching and testing and was one of the world’s leading experts in applied linguistics. After years of experience and research, Dr. Pimsleur developed The Pimsleur Method based on two key principles:  the Principle of Anticipation and a scientific principle of memory training that he called “Graduated Interval Recall.”  This Method has been applied to the many levels and languages of the Pimsleur Programs.
Tell the Publisher!
I’d like to read this book on Kindle

For help in selecting the right Pimsleur Language Program for you, or with technical questions, call us at 1-800-831-5497, 24/7. For more information on Pimsleur, visit, www.pimsleur.com.

Dr. Paul Pimsleur (b. 1926, d. 1976) devoted his life to language teaching and testing and was one of the world's leading experts in applied linguistics. He was fluent in French, good in German, and had a working knowledge of Italian, Russian, Modern Greek, and Mandarin Chinese. After obtaining his Ph.D. in French and a Masters in Psychology from Columbia University, he taught French Phonetics and Linguistics at UCLA. He later became Professor of Romance Languages and Language Education, and Director of The Listening Center (a state-wide language lab) at Ohio State University; Professor of Education and Romance Languages at the State University of New York at Albany; and a Fulbright lecturer at the University of Heidelberg. He did research on the psychology of language learning and in 1969 was Section Head of Psychology of Second Language Learning at the International Congress of Applied Linguistics.

His many books and articles revolutionized theories of language learning and teaching. After years of experience and research, Dr. Pimsleur developed a new method (The Pimsleur Method) that is based on two key principles: the Principle of Anticipation and a scientific principle of memory training that he called "Graduated Interval Recall." This Method has been applied to the many levels and languages of the "Pimsleur Programs."

3.9 out of 5 stars
3.9 out of 5
20 global ratings
How are ratings calculated?
To calculate the overall star rating and percentage breakdown by star, we don’t use a simple average. Instead, our system considers things like how recent a review is and if the reviewer bought the item on Amazon. It also analyses reviews to verify trustworthiness.

Beth
4.0 out of 5 stars Good, but would be much better with written transcript
Reviewed in Canada on 3 May 2013
Verified Purchase
This is one of the better Vietnamese language programs I have used. What would make it superior would be a written transcript. I am a visual learner and need to see it written in order to learn it. I think the program would have been much more frustrating if I was not already semi-literate in Vietnamese
Read more
Report abuse

Michael Caloyannides
5.0 out of 5 stars Excellent way to learn basic conversation in a language.
Reviewed in the United States on 19 October 2017
Verified Purchase
I have used Pimsleur language courses for learning functional Spanish, and Vietnamese. I find those courses to be excellent and far superior to others, for the following reasons:
1. Unlike most other competing courses that require one to be on a computer and online, I can put the Pimsleur CDs in my car and play them again and again during long drives that would have been otherwise non-productive. If I want more time after a prompt, I simply pause the CD or go back a few seconds to the part I want to repeat.
2. The cost is very small compared to other packages.

The proof of the pudding is in the eating; in this case, I became comfortable enough with each of the two languages above to be able to function in Spanish speaking and Vietnamese speaking countries after only a few months of listening (and repeating) material from the Pimsleur CDs during drive to/from work in the US.

J. Morse
5.0 out of 5 stars Great program to learn to speak and understand, probably the next best thing to a real person teaching you
Reviewed in the United States on 15 June 2015
Verified Purchase
Have tried other language programs. This really is the best because of the teaching of word and phrases then the recombining what has been taught. Lots of repetition helps. Having a man and a woman gives variety. If what you want is to speak and understand this is exactly what you will get. If you want to read or write then this is not for you.
Read more
7 people found this helpful
Report abuse

Miss.dmeanour
5.0 out of 5 stars Toi thich no!
Reviewed in the United States on 12 February 2017
Verified Purchase
Excellent for hearing the pronunciation from native speakers.
Read more
3 people found this helpful
Report abuse
See all reviews