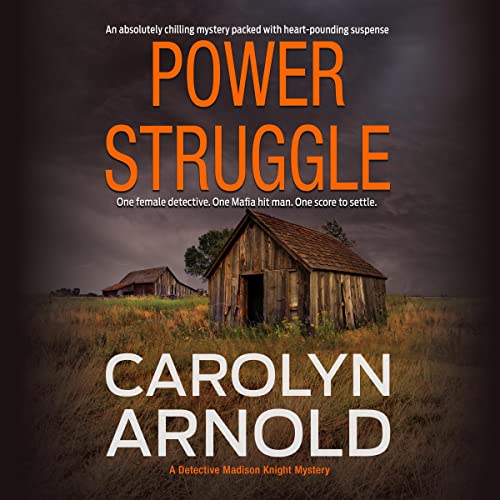 He led her into the barn and locked her in a small cage, and he left her there—alone—for now. But she had a feeling he’d return, and when he did, she closed her eyes, not even wanting to think about what could come next.

Detective Madison Knight is called to investigate the murder of a man who was stabbed multiple times and found in his home. Madison arrives on scene, but it isn’t the bloody mess that shakes her—it’s the victim’s identity. His name was Jimmy Bates, and he’s the man who killed her grandfather.

She struggles to remain objective, but she has a gut feeling Jimmy’s past connection to the Russian Mafia might have gotten him killed. It’s the motive that’s proving elusive to her. But when a woman—also connected with the mob—turns up murdered, a picture starts forming for Madison. If she’s right about why Jimmy and the woman were targeted, there’s something very dark and sinister going on in her city, and it puts Madison squarely in a killer’s crosshairs.

Her suspicions are given merit when Madison receives a letter threatening her and her loved ones, and the stakes only get higher when her sister, Chelsea, goes missing. Madison takes that for what it really means—the hit man who almost killed her months ago is back, and he’s calling her out for one final showdown. Only one of them will survive.

4.6 out of 5 stars
4.6 out of 5
170 global ratings
How are ratings calculated?
To calculate the overall star rating and percentage breakdown by star, we don’t use a simple average. Instead, our system considers things like how recent a review is and if the reviewer bought the item on Amazon. It also analyses reviews to verify trustworthiness.

Cheryl
5.0 out of 5 stars Maddison knight series
Reviewed in Australia on 19 July 2019
Another fantastic book in this series the story gets you engrossed from beginning to end, you actually feel like you're in
This story watching from the side lines.
If you haven't read this series it's a must from the first book ties that bind to book nine
Read more
Helpful
Report abuse
See all reviews

M. D. Green
5.0 out of 5 stars Good read.
Reviewed in the United Kingdom on 14 August 2021
Verified Purchase
As always a great story from this author.
Read more
Report abuse

Kelly Edgar
5.0 out of 5 stars Gripping to the very end
Reviewed in Canada on 30 July 2018
Verified Purchase
This is a favourite series I like to read and I was not disappointed with this installment. Waiting for the next
Read more
Report abuse

Susan1
3.0 out of 5 stars She’s Tough, but Emotional, Smart, but Emotional, Stubborn, but Emotional
Reviewed in the United States on 3 December 2017
Verified Purchase
A detective with a great partner, a protective lover, and friends and family who love her, Madison Knight gets overwrought a lot in “Power Struggle”. After a while it’s distracting and annoying for a strong detective to be thinking of how she feels all the time. But, she toughs it out, because a hired killer is back in town and he wants her! Along with the Russian Mafia, and people being murdered or kidnapped, Madison is having nightmares and flashbacks. Fear is a constant companion.

This is a suspenseful police thriller with few clues to solve the crimes. The storyline is complex and an ok read.
Read more
2 people found this helpful
Report abuse

JKD
5.0 out of 5 stars I could NOT put this book down!
Reviewed in the United States on 20 January 2020
Verified Purchase
This book was very well written. I read it in two days (until late in the early morning hours!). Madison’s “loved ones” (the words used by the person threatening her) are in danger, and although Madison is sure she knows who that person is, she cannot prove it. It was a very engrossing book. I highly recommend this entire series.
Read more
2 people found this helpful
Report abuse
See all reviews