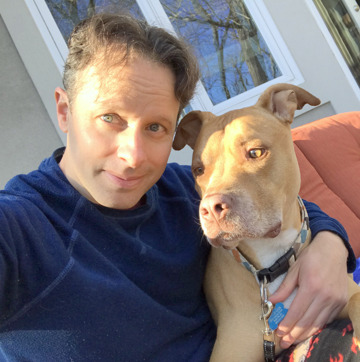 by Christopher P. Hilton (Author)
4.3 out of 5 stars 292 ratings
See all formats and editions
Sorry, there was a problem loading this page. Try again.

The spectacular story of ‘80s Hair Metal! What hidden mayhem truly lurked behind the curtain as outrageous bands such as Poison were having Nothing But a Good Time, only to find out later that Every Rose Has Its Thorn…

“For both devoted fans and people who just hum the tunes, this is the definitive account of Hair Metal's history, including all of the behind-the-scenes drama and spectacle—a well-written and exciting adventure.”—Jonathan P. Brazee, USA Today Bestselling writer and multiple Nebula and Dragon Award finalist.

An intoxicating chronicle detailing the sensational arc of one of the history’s most polarizing and successful musical genres—the ‘80s-born hard rock and heavy metal circus affectionately known as Hair Metal. Spotlighting bands such as Mötley Crüe, Bon Jovi, and many others, prepare for an electrifying journey of enormous highs, unspeakable lows, and the improbable comeback of one of rock ‘n’ roll’s most extraordinary and influential eras.

Rising from the gutters of Los Angeles in the early ‘80s, an explosive new style of music was unrelentingly thrust upon the world. Fusing the rebellious aggression of traditional heavy metal with upbeat hooks and melodies, “Hair Metal” would emerge over the coming decade as one of the most successful and dominant forces the music industry had ever seen.

Defined by shredding guitars, flamboyant frontmen, fist-pumping anthems, and an extravagant fashion sense, bands like Def Leppard and Guns N’ Roses dominated the landscape, selling millions of albums and playing to sold-out arenas of frenzied fans across the globe. “Sex, drugs and rock ‘n’ roll” was taken to new extremes as excess in all forms ruled supreme in one gloriously outrageous celebration.

Then, seemingly out of nowhere in the early ‘90s, Hair Metal violently imploded in a stunningly mind-blowing fall from grace. The genre struggled with near-extinction for the better part of the decade as Grunge served as a new God to worship, representing the complete antithesis of everything ‘80s rock had come to symbolize. Many hair bands futility attempted to change with the times; most simply disintegrated.

Finally, at the turn of the century, Hair Metal miraculously sprung back to a renewed lease on life, rising from the ashes and establishing a stable platform upon which it has proudly stood to service its legion of devoted followers for the past twenty years.

Strap in for Hair Metal’s thrilling ride, with an in-depth look at the music, artists, and behind-the-scenes stories comprising an extraordinary era that impacted millions of lives. A time when real-life rock ‘n’ roll was truly more remarkable than fiction.

The Rise, Fall and Rebirth of Hair Metal—the one book no fan should be without! Your journey awaits . . .

“Truly spectacular!...A healthy dose of trivia, stories, and statistical information, with many fine features that add to the overall impact. For fans of this music, I cannot recommend this book enough, not only for true fans of the genre, but also more casual observers. It is fun, engaging, and very well done—it is about time someone wrote this fine tribute to Hair Metal!”

“Well-written, featuring a ton of bands and albums from a much maligned yet important genre of music. If you want to gain some extra knowledge or find some band to (re)discover…this is the book for you!”

Page 1 of 1 Start overPage 1 of 1
Previous page
Next page
Start reading The Rise, Fall and Rebirth of Hair Metal on your Kindle in under a minute.

An ‘80s glam/hard rock enthusiast of the highest degree, Christopher Hilton wakes each morning to check in with a dozen or so music-related websites, catching up on the latest news prior to carefully selecting among over two thousand treasured hard rock and heavy metal CDs to accompany him on the ride to the office, where he serves as a supply chain director in the healthcare industry. When Hilton isn’t spending time with his beloved American Staffordshire Terrier, he enjoys hiking, playing basketball, and attending rock concerts, of course. A devoted fan of hair metal since his early teens in the mid-‘80s, Hilton has lived and breathed the genre for more than thirty-five years now, loving every minute of it.

4.3 out of 5 stars
4.3 out of 5
292 global ratings
How are ratings calculated?
To calculate the overall star rating and percentage breakdown by star, we don’t use a simple average. Instead, our system considers things like how recent a review is and if the reviewer bought the item on Amazon. It also analyses reviews to verify trustworthiness.

Matt T
5.0 out of 5 stars Essential
Reviewed in the United Kingdom on 3 September 2020
Verified Purchase
I have read hundreds of music related books across most genres (not just metal and hard rock) and this is comfortably in the top 5. Superbly written and researched, Christopher's knowledge and enthusiasm for hair metal and music in general is clear from page 1 and throughout the book. I was particularly impressed by his breakdown of each album detailing the stronger and weaker songs on each - the mark of an expert and true fan.
I really cannot recommend this book highly enough, it's a must read.
Read more
Report abuse

Quinten Mandryk
5.0 out of 5 stars A great flash back to a time not so forgotten
Reviewed in Canada on 17 August 2020
Verified Purchase
Several thoughts automatically stand out after reading this book.......first, the author is obsessed, lives and breathes Hair Metal, which is a good thing.....for weather you agree or disagree with some of his opinions, one can at least understand that hes passionate about the music he likes and not just a music critic that sort of likes it.......
Secondly, this is a great book, very well written, and even if there are zero illustration and scores poorly in that area, the book flows like a journal and more than makes up for any absence of pictures or photographs.....(if your looking for that sort of book, check out Martin Popoffs book on Hair METAL)
Thirdly, the author doesnt like Dokken or Wasp (inside the Electric circus is PURE HAIR METAL) (the bands are barely mentioned or giviin credit) but does like Poison and Bon jovi a lot......and to be fair...we all have our favorites....the least of mine being Bon jovi........but to each is there own .........and WASP were more of a Metal band so at least i understand that.....but hell......check out INSIDE THE ELECTRIC CIRCUS.
Number four.....As i read, i clearly took note of at least several albums mentioned that stated to be HEAVIER.....which i checked out on youtube and later bought.......bands that i previously dismissed because i just thought they were too whimpy with there earlier material or just not my cup of tea.......so it was nice to rediscover and give these bands a second chance........
I missed the whole scene while growing up in that era as a teen ager.......i stuck with ACDC, PRIEST, MAIDEN, SABBATH then progressed with Metallica Slayer,, DOOM METAL , and then STONER ROCK,, cause i didnt get it .....but now that im older, im not so serious, angry and have experienced a lot that i couldnt back then......be it ......a lot of tbe bamds i still dont like but another great part of the book is its division and one can easily skip bands that leave a bad taste in your mouth (Bon jovi).......
The author is honest enough to note that even some of HIS favorites have put out out some stinkers and his reviews are detailed enough.........which was one of the key factors of revisiting some of the material and bands i missed..........
But on the other side i might add that though hes clear on his dislike for grunge, it wasnt all bleak, gloom and doom......infact a lot of the music had a lot of energy and great riffs that hair metal brought us but with a different image......STP and Motherlovebone were hair metal bands in disguise......but im sure many will argue against that viewpoint.......
And it wasnt only grunge that led the way......to a new musical revolution.....but alongside was a wave of bands that could also be argued to have a number of similar traits ......just as they were opposite.....White Zombie, Danzig, Marylyn Manson, Tool, ......great music and i can appreciate and own most of that wave..........which is why it was hard for me to really get too involved in a music scene while growing up as a teenager and into adult hood......my alegiance is to good heavy music .......
However, i digress. I stronly reccomend the book......very well written and edited for a self publication.......its too bad it didnt bet picked up by a publishing company...........it would be nice to see this re released in hard cover with more a visual element.......FIVE STARS.......READ IT WHILE LISTENING TO WASP, CRUE, DOKKEN OR WHATEVER CRANKS YOUR ENGINE.......A NICE ADDITION TO MY LIBRARY
Read more
One person found this helpful
Report abuse