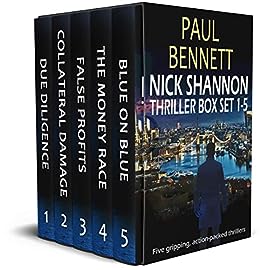 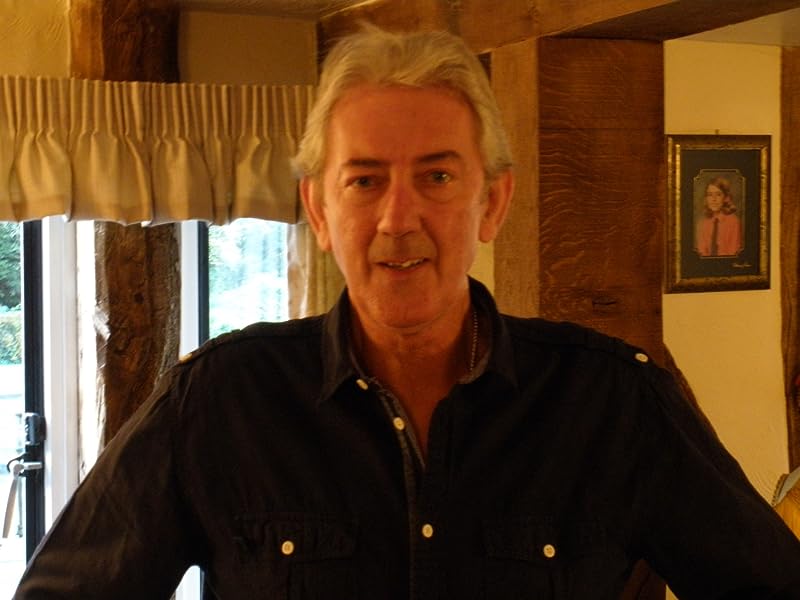 GET FIVE BOOKS IN ONE GREAT-VALUE BOX SET!

MEET NICK SHANNON. OUT OF PRISON AND OUT FOR JUSTICE.

Nick Shannon is a convicted killer. But don’t let that put you off. He had his reasons.

⭐⭐⭐⭐⭐ “Another superb read from Bennett. An action-packed thriller that keeps you reading from first to last page. Look forward to more.” JRH

⭐⭐⭐⭐⭐ “Well devised plot with a great cast of characters makes this a proper page turner. Already ordered the next book and looking forward to another great read.” Simon H.

⭐⭐⭐⭐⭐ “Loved it, brilliant, from first to last page, can’t fault it. I like the way the story was put together. Nothing too outrageous, just well put together.” Reader

⭐⭐⭐⭐⭐ “Couldn’t put it down. Edge-of-your-seat action. Highly recommend! Ready for the next instalment and two more to follow!” DJ

IN THIS FIVE-BOOK BOX SET:

BOOK 1: DUE DILIGENCE
Seven years ago Nick’s sister was paralysed by a hit-and-run driver. His fierce love for her made him agree to end her agonising pain with a heroin overdose. Now Nick’s out of prison. All he wants is to put his life back together. But it’s not long before Nick finds himself in trouble with the police again. Nick goes to meet his boss at home. But he finds him with his head cut off . . . And now Nick’s the prime suspect.

BOOK 2: COLLATERAL DAMAGE
Nick Shannon has the perfect experience for a job in the Fraud Squad. But the cases he’s given are about as stimulating as watching paint dry in a dark room. But now things are about to explode. Nick is questioning Martin Redmond, an alleged small-time fraudster. But it turns out that Martin’s crimes weren’t so petty after all. Nick can’t even trust his own colleagues, so he decides to go it alone. Is that the decision that will finally get him killed?

BOOK 3: FALSE PROFITS
Nick is investigating an insurance company who are ripping off their customers. Then the lifeless body of David, one of the company directors, is found in the company car park late one evening by a security guard. Meanwhile Nick’s lover, Arlene, needs his help. She’s caught up in a property scam and wants to use his skills to bring down the conmen responsible. Can Nick scam the scammers? Or will his plan backfire?

BOOK 4: THE MONEY RACE
A local councillor’s daughter is missing, as well as several hundred thousand pounds of council funds. But who’s responsible? It’s up to Nick Shannon to find out. Her father is certain she’s been abducted, but Nick isn’t so sure. He suspects that if he can trace the money, he will find her. If he follows the money, can he find the girl?

BOOK 5: BLUE ON BLUE
When it’s police against the police, it’s a Blue on Blue, and no good ever comes from it. Nick Shannon, fraud investigator, is asked to clear the name of a police officer accused of embezzling a million pounds. Nick digs deep into the murky world of the police and doesn’t like what he finds. He wants justice and nothing will stop him. Except death, and that’s exactly what someone has in mind.

ALSO BY PAUL BENNETT
JOHNNY SILVER THRILLERS
Book 1: MERCENARY
Book 2: KILLER IN BLACK
Book 3: ONE BULLET TOO MANY
Book 4: NO EASY WAY OUT

4.2 out of 5 stars
4.2 out of 5
160 global ratings
How are ratings calculated?
To calculate the overall star rating and percentage breakdown by star, we don’t use a simple average. Instead, our system considers things like how recent a review is and if the reviewer bought the item on Amazon. It also analyses reviews to verify trustworthiness.

There are 0 reviews and 85 ratings from Australia

Wildhorse5678
3.0 out of 5 stars Way too much about Bridge the card game
Reviewed in the United Kingdom on 22 November 2021
Verified Purchase
I enjoyed the stories and characters but the author spoils the stories by padding them out with very very boring stories about Bridge card games in minute detail that are completely irrelevant to the main plots and of no real interest to the reader unless you happen to be Omar Shariff. I soon ended up skipping these sections completely as they were not important at all. It was quite annoying. Also there should have been an warning that they are quite old and quite dated with mentions of dual up modems as the latest in high tech. But I did enjoy the series despite these anachronisms.
Read more
2 people found this helpful
Report abuse

Sylvia aichel
5.0 out of 5 stars Great books
Reviewed in the United Kingdom on 7 December 2021
Verified Purchase
I really enjoyed these books. The plots where original and very well developed. The characters are perfectly drawn. I love Nick Shannon and all of his team. I was so sorry when I finished the set and I hope that the author will write more in this series.
Read more
Report abuse

Bill.
5.0 out of 5 stars Do not miss.
Reviewed in the United Kingdom on 20 December 2021
Verified Purchase
An author not known to me before I started on this series but one I would recommend to anyone who enjoys a story that makes you sit and think. The story lines are brilliant and complex but so enthralling .
Read more
Report abuse

FloJo63
4.0 out of 5 stars These books pulled me in and I couldn't but them down
Reviewed in the United Kingdom on 2 January 2022
Verified Purchase
Characters you could not help but like. . Plots with the odd twist and turn. Who would have thought that accountancy could lead you into such interesting situations.
Read more
Report abuse

Robert Anderson
5.0 out of 5 stars Entertaining Read
Reviewed in the United Kingdom on 13 December 2021
Verified Purchase
I read the whole box set back to back and enjoyed all of it,some very good unexpected twists and turns. Definitely a writer I will follow and read more of.
Read more
Report abuse
See all reviews
Back to top
Get to Know Us
Make Money with Us
Let Us Help You
And don't forget:
© 1996-2022, Amazon.com, Inc. or its affiliates