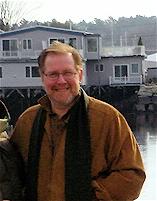 by Wiley Miller (Author)
4.3 out of 5 stars 45 ratings
See all formats and editions
Sorry, there was a problem loading this page. Try again.

Non Sequitur's quirky take on everything from prehistoric tech support to selfies delight on each daily page of this all-new calendar. Award-winning cartoonist Wiley Miller truly broke the cartoon mold when he created Non Sequitur. And for over thirty years, this beloved, groundbreaking strip has been bringing laughs to millions of fans worldwide with its wry look at the absurdities of modern existence. Features include:
Read more
Previous page
Next page

Wiley Miller is an award-winning cartoonist best known for his comic strip Non Sequitur.
Tell the Publisher!
I’d like to read this book on Kindle

I began my career in art illustrating educational films. But my interest was always in print and cartooning, so in 1977 I moved from film in Southern California to work as a staff artist and editorial cartoonist for the Greensboro Daily News and the Greensboro Record (they were the morning and evening papers at the time and have since merged into one). In 1979 I moved on to the Santa Rosa Press Democrat (Santa Rosa, Ca.), as doing the staff art for one paper instead of two gave me more time to do editorial cartoons. My editorial cartoons then went into syndication with Copley News Service in 1980. Unfortunately, I was laid off in the recession of 1981, which, fortunately, led me to create my first comic strip, "Fenton", which was syndicated by Field Syndicate. It had moderate success, but my love was still with editorial cartooning. When the position came open at the San Francisco Examiner in 1984, I went for it and somehow got it. I enjoyed a good run there until the recession of 1991 hit in the wake of the Gulf War. Learning from my previous experience with recessions and the lack of job security for anyone in art, I decided to make my way out before the ax fell and created Non Sequitur, which went into syndication with the Washington Post Writers Group in 1992. It was met with immediate success, but it's growth with a small syndicate was limited. When I reached that limit, I moved over to Universal Press Syndicate in 2000, where the strip now appears in 800 papers world wide.Now, of course, I taken a new turn in my career, taking a story I did in the Sunday editions in 2005 called "Ordinary Basil" and made it into my first children's book with Blue Sky Press (a Scholastic imprint). The second book in the series, "Attack of the Volcano Monkeys", came out a year later, with a third book now in the works.

4.3 out of 5 stars
4.3 out of 5
45 global ratings
How are ratings calculated?
To calculate the overall star rating and percentage breakdown by star, we don’t use a simple average. Instead, our system considers things like how recent a review is and if the reviewer bought the item on Amazon. It also analyses reviews to verify trustworthiness.

Jeff C. Symons
4.0 out of 5 stars Great Calendar
Reviewed in Canada on 5 January 2022
Verified Purchase
I have had a desk calendar every year since my first 'real' job...(after college I mean)...that's about 40 years now. I have had mostly humour and sports themed calendars over the years. I got the 'Non Sequitor' last year, and found it so good, I got one for my son for 2022....he also got me one!!
Read more
Report abuse

Ross M. A. Wilson
5.0 out of 5 stars It tells you the month and day
Reviewed in Canada on 1 December 2021
Verified Purchase
Not only does it do the above but it does it with a smile.
Read more
Report abuse

Greenannie
5.0 out of 5 stars Wiley is the best.
Reviewed in the United States on 3 December 2021
Verified Purchase
The only change from last year's calendar is that the back of each day's page is blank...no puzzle, saying, interesting information, etc.
Read more
5 people found this helpful
Report abuse

AnXRockStar
5.0 out of 5 stars Based on Previous Years' Calendars
Reviewed in the United States on 2 January 2022
Verified Purchase
I've been a regular reader of this one for more than 10 years. I've had two that the binding was bad, but that only happened those two times, and I wish that the publisher would "fast forward" the Daily Extra by one day so you don't either miss "today is..." or have to look ahead one day. That and for the 2021 calendar, the Daily Extra seemed a little, umm, "lower of brow" than in the past. Simpler puzzles, and the like. But the comic strip is the main attraction and that never fails to amuse.
As long as they keep printing 'em, I'll keep buying 'em.

Update: Now that it's 2022, I opened it and there is no Daily Extra. Certainly not a deal breaker, just an observation.
Read more
One person found this helpful
Report abuse
See all reviews
Back to top
Get to Know Us
Make Money with Us
Let Us Help You
And don't forget:
© 1996-2022, Amazon.com, Inc. or its affiliates