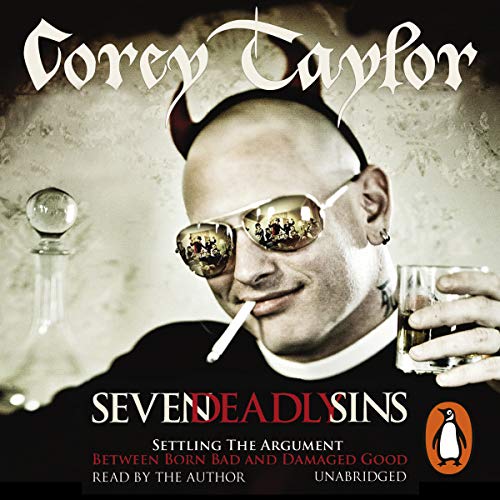 "I was 22 years old, a hard-on with a pulse: wretched vice-ridden, too much to burn and not enough minutes in a hour to do so. 1995 was a full 365-day year of drinking, fucking, lying, raging and exploration for me - not a dull one in the bunch. It was a time of self-shit: self-importance, self-absorption, self-indulgence and selfishness. I was the only person in the known galaxy and I wanted what the fuck I wanted sooner rather than later."

The action begins in West Des Moines, Iowa, where Corey Taylor, frontman of Slipknot and Stone Sour, systematically set about committing each of the Seven Deadly Sins. He has picked fights with douche bags openly brandishing guns. He has set himself on fire at parties and woken up in dumpsters after cocaine binges. He lost his virginity at eleven. He got rich and famous and immersed himself in booze, women, and chaos until one day he realised, suddenly, that he didn't need any of that at all.

Candid. Literate. Brilliant. Seven Deadly Sins is a brutally honest look at 'a life that could have gone horribly wrong at any turn', and the soul-searching and self-discovery it took to set it right.

Read more
©2011 Corey Taylor (P)2011 Random House Audiobooks
Previous page
Next page
Learn more about membership
By completing your purchase, you agree to Audible’s Conditions Of Use and Privacy Notice.
Sold and delivered by Audible, an Amazon company