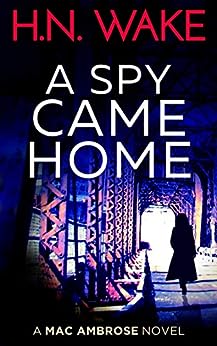 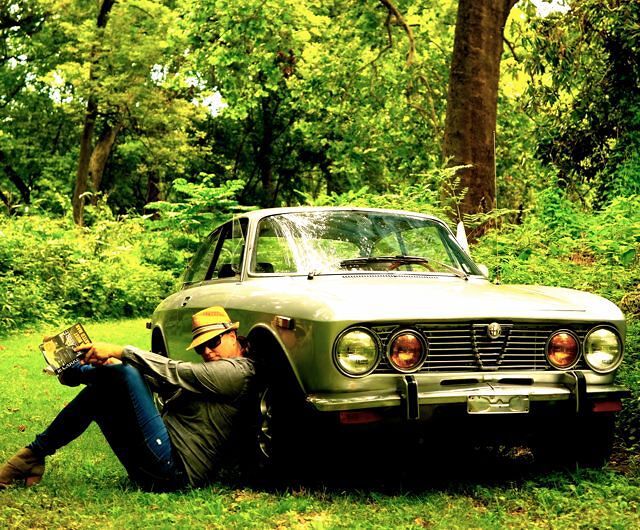 A mission. A conspiracy. Two veteran agents face-off in a daring cat-and-mouse game that could change the nation.

Gritty, gutsy Mac Ambrose is a twenty-year veteran of the CIA with a penchant for risk-taking and a strong moral conscience. She is recruited by her closest friends to run a dangerous domestic operation: bring down the powerful gun lobby so the Senate can pass new legislation. In four weeks.

From Washington’s corridors of power, to Kentucky’s rolling hills and New Orleans’s wealthy suburbs, Mac baits the snares for a corrupt lawmaker, an unscrupulous lobbyist, and a crooked gun manufacturer. From a safe house in Philadelphia, she begins to rebuild the life--and to reconnoiter the love--forsaken years ago in the name of national security.

But Cal Bertrand, the dogged ATF agent with a checkered past and a lot to prove, is hot on her trail. Will he uncover Mac and the conspiracy before the traps go off?

H.N. Wake has only recently arrived to fiction after living in Africa, Asia and Europe for 20 years where she worked primarily with the US Government. She has an in-depth background in international relations and an even stronger interest in politics where she leans unabashedly to the left. She can speak none of the five languages she studied. She now lives in the US with her husband and their Pig. --This text refers to the paperback edition.

4.2 out of 5 stars
4.2 out of 5
133 global ratings
How are ratings calculated?
To calculate the overall star rating and percentage breakdown by star, we don’t use a simple average. Instead, our system considers things like how recent a review is and if the reviewer bought the item on Amazon. It also analyses reviews to verify trustworthiness.

Moses
3.0 out of 5 stars Corruption In High Places
Reviewed in Australia on 19 May 2019
I had trouble reading this book although I found the subject matter quite intriguing and meaningful. Certainly a subject matter where arguments are made against controls but in a civilised society (especially in this day and age); it surely makes sense to have strong gun control. The story reveals what the anti-control lobby can be believed to be – a lobby for self-interest, not interest for the greater good of the community as a whole.
The trouble I had reading the book was perhaps the complexity and number of parties involved - the “alphabet soup” of law agencies and the flashbacks to years before the current date when Mac was reminiscing about her long time love interest, Joe. Then we also have school girl friends that are behind her mission and a couple of other girls involved, one a new staff member at the paper and the other her friend outside the paper. Several times I found myself backtracking to check on a situation or person to get them in my mind’s eye as they reappeared. Maybe more explanation of the characters as they reappeared or were introduced would have helped the story flow for me.
Because of my reading troubles with this book, I have not rated it as high as I may otherwise have done, but have to say that the story line was excellent and Mac is a master of behind the scene planning and implementation of her plan to bring a mission to a successful conclusion.
Moses
Read more
Helpful
Report abuse

Katielou
4.0 out of 5 stars Guns are not the answer
Reviewed in Australia on 30 August 2020
This book deals with a topic on which America even today is completely, utterly, and totally divided - Gun-Control. Mac Ambrose needs to bring down the powerful gun lobby before an important vote.

John Mulhall
4.0 out of 5 stars A good read!
Reviewed in the United Kingdom on 16 February 2019
Verified Purchase
I liked this one as it was highly engaging with a main plot that was well written and totally believable! The first 4 chapters were somewhat a struggle to read as the character introductions were not linked as if it was been written for the big screen. Once the connections were made for me by chapter 4, it took off making for a great read. Another point is the move into back story at numerous points in the novel. Eloquently written and nicely woven into the main plot as if written for the big screen but on one or two jumps to the past, I found a little more effort was required to follow it back and the fast forward... overall, a good read!
Read more
Report abuse

Megan
4.0 out of 5 stars America, guns, politics and spies.
Reviewed in the United Kingdom on 27 October 2015
Verified Purchase
http://publishedmoments.co.uk

Mac Ambrose is an employee of the CIA who's well known among her colleagues as a risk taker. So when Mac is approached by a life-long friend in an attempt to eradicate an upcoming gun lobby in order for the Senate to pass a new legislation, she is more than interested and willing to help.

Whilst an AWOL Mac does all she can to get to the route of one of the most powerful gun lobby supporters, the CIA are trying to track her down - they need to know what she is doing, even if it goes against what they support.

As Mac gets closer to the Senate vote, she realises everything she gave up when she dedicated herself to the American Government. Will this be the final mission of her CIA career? And will the gun legislation pass?

What did I think?

I'm not usually a huge lover of spy books and the like, but this one really surprised me. It is really well written and the story behind it is gripping. I'm so glad I gave it a chance and (not for the first time!) I have been encouraged to try similar genre books.

I must admit, I did find it quite difficult to keep up with at certain points during the book as it was quite 'busy'. There are a number of strong characters throughout the book and I felt that sometimes it didn't merge quite as well as it could have.

Wake has captured many issues currently affecting America and caught every readers attention. Unfortunately, more often than not we read about mass-shootings in America so I think that Wake was brave in targeting a sensitive issue in a gun-loving country - Wake really wrote it the best way possible.
Read more
Report abuse

Seb Barrow
5.0 out of 5 stars Complex but brilliant.
Reviewed in the United Kingdom on 20 September 2021
Verified Purchase
A superb introduction to Mac, a CIA operative, in a complex off the grid operation. The task is to influence a Senate vote banning civilian possession of automatic weapons. She has to take on the might of the SEA by fair means or foul. She picks foul having the help of old friends.
A well out thought out story keeping Mac one step ahead all the time.
Read more
Report abuse

MT
5.0 out of 5 stars really unusual storyline
Reviewed in the United Kingdom on 13 January 2022
Verified Purchase
But loved it once I got into it -look forward to reading the rest of the series - great author and very interesting subject - food for thought on gun control
Read more
Report abuse

casullago
5.0 out of 5 stars Brilliantly constructed story
Reviewed in the United Kingdom on 11 February 2020
Verified Purchase
This is the first book I have read by this author and it certainly will not be the last. A wonderfully constructed tale written with accuracy and fluency. Flows beautifully
Read more
Report abuse
See all reviews
Back to top
Get to Know Us
Make Money with Us
Let Us Help You
And don't forget:
© 1996-2022, Amazon.com, Inc. or its affiliates