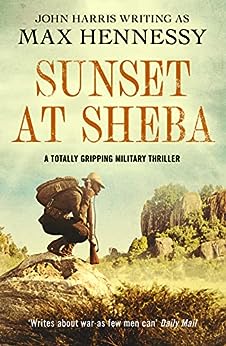 by Max Hennessy (Author) Format: Kindle Edition
See all formats and editions
Sorry, there was a problem loading this page. Try again.

A brutal rebellion. Two clashing armies. A battle to decide their fate.

South Africa, 1914. Diehard Boer generals led a new rebellion against the British-friendly governments of both Jan Smuts and Louis Botha.

General Christiaan De Wet’s attempt to join up with the Germans in South-West Africa failed, but the threat of the rebel forces was real to all of the men who lived through it.

This is a story which began with fervent patriotism and ended in more bloodshed than anyone ever meant to spill. This is the story of the Battle of Sheba.

An evocative and moving novel set between the mimosa shrubs and the thin pepper trees, perfect for fans of Alistair MacLean and Alexander Fullerton.

4.0 out of 5 stars
4 out of 5
93 global ratings
How are ratings calculated?
To calculate the overall star rating and percentage breakdown by star, we don’t use a simple average. Instead, our system considers things like how recent a review is and if the reviewer bought the item on Amazon. It also analyses reviews to verify trustworthiness.