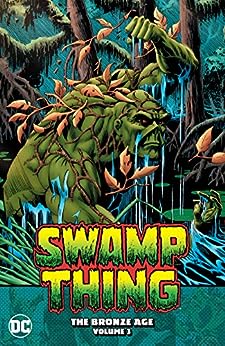 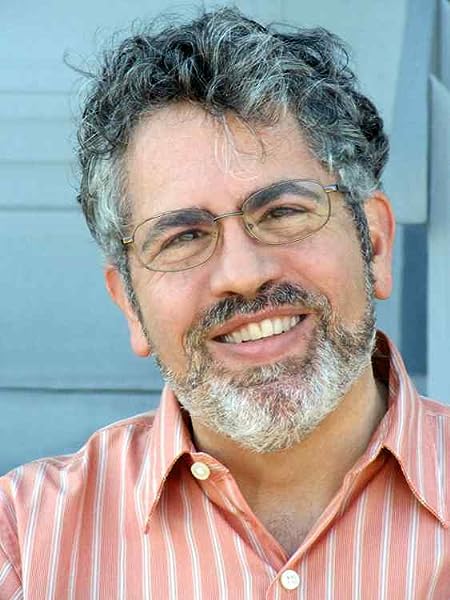 by Martin Pasko (Author), Dan Mishkin (Author), Len Wein (Author), Bruce Jones (Author), Tom Yeates (Illustrator, Artist), Jan Duursema (Artist), Bo Hampton (Artist), Stephen Bissette (Artist) & 5 more Format: Kindle Edition
Book 10 of 10: Swamp Thing (1982-1996)
See all formats and editions
Sorry, there was a problem loading this page. Try again.
The saga of one of DC’s most unique characters continues in this collection of horror comics classics! Swamp Thing takes on monsters both human and inhuman in these stories, including Anton Arcane and his Un-Men and the sinister General Sunderland! Plus, the adaptation of the Swamp Thing movie, and a reprint of the classic Swamp Thing tale that introduces the Un-Men! Collects The Saga of the Swamp Thing #1-19 and The Saga of the Swamp Thing Annual #1.
Read more
Previous page
Next page
Due to its large file size, this book may take longer to download
Kindle e-Readers
Kindle Fire Tablets
Free Kindle Reading Apps
Available on these devices

The shadows of the bayous in Louisiana hold a terrifying secret. Inside them hides a creature seen only in fleeting glimpses...a twisted, vegetative mockery of man...a SWAMP THING. --This text refers to the paperback edition.

Martin Pasko has worked for many comics publishers and is best known for his work with DC Comics over three decades. He has written Superman in many media, including television animation, webisodes, and a syndicated newspaper strip for Tribune Media Services, as well as comics. In the 1980s he worked as a writer and story editor on TV series including Buck Rogers in the 25th Century, Fantasy Island, Max Headroom, and Roseanne,as well as animated series including Thundarr the Barbarian, Teenage Mutant Ninja Turtles, Batman- The Animated Series, and more. --This text refers to the paperback edition.

Dan Mishkin writes comics and graphic novels and is best known as a co-creator of the fantasy series "Amethyst, Princess of Gemworld" and the tongue-in-cheek superhero "Blue Devil." Over a thirty-five year career he has written horror, humor, westerns, science fiction and funny animals, with work that includes Wonder Woman, Superman, Batman, Star Trek, Roger Rabbit and Dungeons & Dragons.

His latest book, "The Warren Commission Report: A Graphic Investigation into the Kennedy Assassination," is his first nonfiction graphic novel.

Mishkin is a co-founder of the nonprofit Kids Read Comics festival, and has also written on medical issues for patients and families. He grew up in New York and lives in East Lansing, Michigan, where he and his wife, a physician, raised three children.

4.6 out of 5 stars
4.6 out of 5
48 global ratings
How are ratings calculated?
To calculate the overall star rating and percentage breakdown by star, we don’t use a simple average. Instead, our system considers things like how recent a review is and if the reviewer bought the item on Amazon. It also analyses reviews to verify trustworthiness.

Marco
5.0 out of 5 stars Muy buena edicion
Reviewed in Spain on 8 June 2021
Verified Purchase
Numbers 1 to 19+ Annual 1. Great color. Easy to handle. I would like a brighter paper but this, a little thin, but its ok. In english. Very fast delivery. I am very satisfied with quality/prize.
Read more

Marco
5.0 out of 5 stars Muy buena edicion
Reviewed in Spain on 8 June 2021
Numbers 1 to 19+ Annual 1. Great color. Easy to handle. I would like a brighter paper but this, a little thin, but its ok. In english. Very fast delivery. I am very satisfied with quality/prize.
Images in this review

Cliente Amazon
5.0 out of 5 stars The description is wrong
Reviewed in Brazil on 8 June 2021
Verified Purchase
It collects the issues #1-19 and The Saga of the Swamp Thing Annual #1
Read more
One person found this helpful
Report abuse

Steve_M
5.0 out of 5 stars Nice conclusion to the Bronze Age Series
Reviewed in the United States on 1 March 2021
Verified Purchase
I really enjoyed volumes 1 and 2 of the Swamp Thing Bronze Age series, so I knew I had to get Volume 3 as soon as it came out.

The product description is a little misleading. This volume actually contains issues 1 - 19 of Saga of Swamp Thing as well as Saga of Swamp Thing Annual #1. After Swamp Thing original series ended and he had a few appearances in Challengers of the Unknown, he was given a new series in 1982. This was around the same time that the Swamp Thing movie hit theaters and the character was really gaining in popularity. The series ties in with movie promos in that SOST #2 cover is a photo from the film an SOST Annual is a comic adaptation of the film itself.

As with the first two volumes, the stories in this volume capture all of the wonderful weirdness of Swamp Thing's world in beautiful color. This series was a nice blend of superhero action and supernatural horror. One of my favorites was issue #3 where Swamp Thing found himself in a town overrun by vampires. The "punk-rock" vampires in that issue were so gruesome and cool at the same time.

This also marks the end of the original Swamp Thing concept where he was a scientist transformed into a monster. After this, Alan Moore got his hands on the character and made him into the "Plant Elemental" that he remains today. I never liked this change to the character. I felt that by making Swamp Thing a "plant that dreamed he was a man" it really robbed the character of his Humanity. I was always hoping that someone would reboot the character back to his human roots (so to speak), but that only happened in the movie sequel and first TV series. Thankfully, I now have all of the original concept stories and they're great.

Highly recommend all 3 volumes of the Bronze Age series for those who enjoy the original concept of Swamp Thing in the comics and movies.

KWK
4.0 out of 5 stars Overlooked and overshadowed by Moore’s run. Great writing in my opinion.
Reviewed in the United States on 18 April 2021
Verified Purchase
This is the collection of issues right before Alan Moore took over. After reading Moore’s run and loving it, I figured I’d read what lead up to that. I was ready to be disappointed, but was not at all. No, it’s not Alan Moore, but it really didn’t feel that far off. I was pleasantly surprised. I will say that Len’s (Swamp Thing Creator) editorial comments were annoying as hell and felt like he was treating the reader like they were too stupid to be reading the comic in the first place. Maybe I wouldn’t have felt that way back in the 80s, when you were waiting each month for the next issue, but my god, they should take that out now.
Read more
3 people found this helpful
Report abuse

Joseph Perry Mcallister
1.0 out of 5 stars Too much story, for not so big a comic book
Reviewed in the United States on 12 June 2022
Verified Purchase
I am easily amused with almost any of DC, Marvel or any other comic content. This story just seemed to drag on little bit too much and seems as if the words are trying to tell more than the pages are showing. Definitely not worth a second reading after I finished it the first time!
Read more
Report abuse
See all reviews
Report an issue
Does this item contain inappropriate content?
Report
Do you believe that this item violates a copyright?
Report
Does this item contain quality or formatting issues?
Report