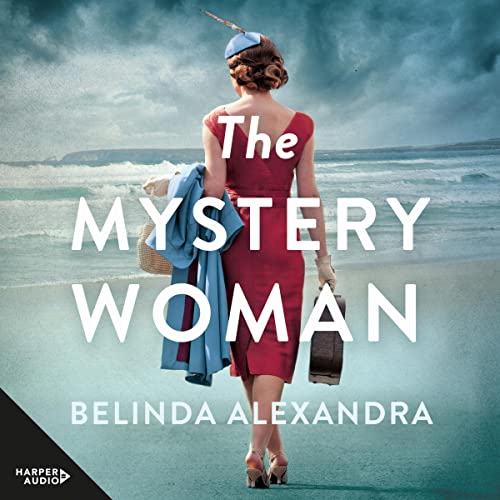 In a small town, everyone is watching...

She had thought Shipwreck Bay was simply a remote town where people were bored senseless with their little lives. Now she saw its virtuous façade hid something darker, more sinister.

Rebecca Wood takes the role as postmistress in a sleepy seaside town, desperate for anonymity after a scandal in Sydney. But she is confronted almost at once by a disturbing discovery - her predecessor committed suicide.

To add to her worries, her hopes for a quiet life are soon threatened by the attentions of the dashing local doctor, the unsettling presence of a violent whaling captain, and a corrupt shire secretary, as well as the watchful eyes of the town's gossips. Yet in spite of herself, she is drawn to the enigmatic resident of the house on the clifftop, rumored to have been a Nazi spy.

Against the backdrop of the turbulent sea, Rebecca is soon caught up in the dangerous mysteries that lie behind Shipwreck Bay's respectable net curtains.

"This intriguing mystery with its gothic undertones, its salute to Du Maurier's Rebecca, and its melange of colourful characters will have readers racing through the pages, trying to piece together the puzzles that have long haunted Shipwreck Bay. They'll also be cheering for main character Rebecca as she struggles against the societal norms of 1950s Australia, fighting to be true to her unconventional self, and to forgive herself - and to perhaps even find happiness." (Natasha Lester, best-selling author of The Paris Secret)

4.1 out of 5 stars
4.1 out of 5
598 global ratings
How are ratings calculated?
To calculate the overall star rating and percentage breakdown by star, we don’t use a simple average. Instead, our system considers things like how recent a review is and if the reviewer bought the item on Amazon. It also analyses reviews to verify trustworthiness.

Angart
5.0 out of 5 stars Deserves to be Dramatised!
Reviewed in Australia on 3 January 2022
Verified Purchase
Belinda Alexandra is an Australian author and although I have read a number of her books, this is the first one I have come across, that she has set in her own country and I thought it was really enthralling.
This psychological thriller is set in the 1950’s in a small New South Wales coastal town where the major industry is ‘Whaling’ - chasing, shooting, slaughtering and processing! An industry that I have not encountered in a novel before, so I found it both despicable and fascinating. The author really brings her backdrop and characters to life in a very visual way. Her characters are well written and ‘fleshed out’ and she has done enough research to admirably describe her setting.
I think this book would make a great movie or TV drama, as it reminded me of other small town Australian shows, set in the 50’s, like ‘A Place to call Home’ and ‘The Doctor Blake Mysteries’, not to mention those two wonderful movies, ‘The Dressmaker’ and ‘Ladies in Black’. If you enjoyed any of the former, you will love this book!
Read more
Helpful
Report abuse

Margaret Taylor
5.0 out of 5 stars ‘The Mystery Woman’ by Belinda Alexandra
Reviewed in Australia on 30 January 2022
Verified Purchase
A friend told me to read this book. I’m so glad I did, gripped my interest from the very start. Love how so many misconceptions were exposed, such as the attitudes to the whaling interests, some finding it a necessity while a very few considered it a crime. Also the treatment of women as products to be controlled by men, annoyed me with the miserable, accepting attitude of some. Would love everyone to enjoy the satisfaction I received from reading this book.
Read more
Helpful
Report abuse

Amazon Customer
3.0 out of 5 stars Slow start
Reviewed in Australia on 1 August 2022
Verified Purchase
A couple of times l thought l would delete the book, but l did finish it! ...It's a pity that more time was used at the conclusion of the story
Read more
Helpful
Report abuse

DownUnder
3.0 out of 5 stars Disappointing
Reviewed in Australia on 24 September 2020
Verified Purchase
Disappointed in this book. Have read all of Belinda Alexander’s novels, but felt this one was rather weak and not up to her usual standard. The main character was particularly annoying and quite unbelievable.
Read more
One person found this helpful
Helpful
Report abuse

Cornelia C Morselli
3.0 out of 5 stars Entertaining read
Reviewed in Australia on 20 November 2020
Verified Purchase
Not a bad read but felt it was a bit slow and had repetitive themes throughout the middle of the book which was a bit boring. The latter half of the book was a captivating downhill run.
Read more
One person found this helpful
Helpful
Report abuse

Cheryl
4.0 out of 5 stars The Mystery Woman
Reviewed in Australia on 27 September 2020
Verified Purchase
Have enjoyed every book this author has written. This one was intense and page turning. The storyline had me thinking about it even when I wasn’t reading. Couldn’t wait to see how the story unfolded. Great read.
Read more
Helpful
Report abuse

Kris
1.0 out of 5 stars Very Disappointing
Reviewed in Australia on 5 June 2022
Verified Purchase
I absolutely love Belinda Alexander's other books, but The Mystery Woman was extremely disappointing. It was so slow, boring and very different to how this author usually writes. The plot was weak and the characters annoying. Would not recommend this one.
Read more
Helpful
Report abuse
See all reviews

roseruth
3.0 out of 5 stars Not as good as her other books
Reviewed in the United States on 19 September 2020
Verified Purchase
Enjoyed this book but liked it the least out of all Belinda’s books
Read more
One person found this helpful
Report abuse

Emma Gauntlett
1.0 out of 5 stars Disappointing read
Reviewed in the United States on 4 February 2021
Verified Purchase
I have no idea how this book got good reviews on goodreads, I love all her other books but this was rubbish, crap characters and storyline, so predictable and stupid
Read more
Report abuse
See all reviews