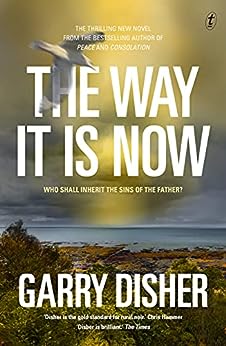 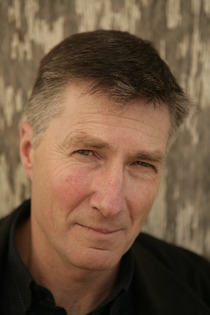 The Way It Is Now Kindle Edition

by Garry Disher (Author) Format: Kindle Edition
See all formats and editions
Sorry, there was a problem loading this page. Try again.

Twenty years ago Charlie Deravin’s mother went missing near the family beach shack—believed murdered; body never found. His father has lived under a cloud of suspicion ever since.

Now Charlie’s back living in the shack in Menlo Beach, on disciplinary leave from his job with the police sex-crimes unit, and permanent leave from his marriage. After two decades worrying away at the mystery of his mother’s disappearance, he’s run out of leads.

Then the skeletal remains of two people are found in the excavation of a new building site—and the past comes crashing in on Charlie.

The Way It Is Now is the enthralling new novel from Garry Disher, one of Australia’s most loved and celebrated crime writers.

Garry Disher has published over fifty titles across multiple genres. With a growing international reputation for his best-selling crime novels, he has won four German and three Australian awards for best crime novel of the year, and been longlisted twice for a British CWA Dagger award. In 2018 he received the Ned Kelly Lifetime Achievement Award.

‘Disher is one of this country’s finest writers.’ Tony Birch

‘Disher is the gold standard for rural noir.’ Chris Hammer

‘A giant not only of crime fiction but of Australian letters.’ Ned Kelly Awards

Garry Disher has published over fifty titles across multiple genres. With a growing international reputation for his best-selling crime novels, he has won four German and three Australian awards for best crime novel of the year, and been longlisted twice for a British CWA Dagger award. In 2018 he received the Ned Kelly Lifetime Achievement Award. --This text refers to an alternate kindle_edition edition.

Garry Disher lives in Australia and is the author of over 40 books: novels, short story collections, writers' handbooks, history textbooks and children's fiction. His Challis and Destry police procedurals, and his Wyatt crime from the inside thrillers, are gaining international recognition, winning best crime novel of the year awards in Australia and Germany and appearing on best books of the year lists in the USA. Garry has toured Germany twice and the States once, and counts a scholarship year spent in the Stanford University creative writing school, early in his career, as one of his most important formative experiences.

4.1 out of 5 stars
4.1 out of 5
580 global ratings
How are ratings calculated?
To calculate the overall star rating and percentage breakdown by star, we don’t use a simple average. Instead, our system considers things like how recent a review is and if the reviewer bought the item on Amazon. It also analyses reviews to verify trustworthiness.

Denise Hughes
5.0 out of 5 stars Garŕy Disher in full flight
Reviewed in Australia on 19 January 2022
Verified Purchase
After reading the excellent Hirsch series, I was disappointed with a couple of Disher books I read subsequently, but this is back in the groove. The plotting was really good, though the family friend "surrogate dad" niggled from day 1,and Disher has the underbelly of policing down pat. I couldn't leave it alone. Thanks for a great yarn, Garry.
Read more
Helpful
Report abuse

w burgoyne
5.0 out of 5 stars Atmospheric storytelling at its best
Reviewed in Australia on 19 November 2021
Verified Purchase
Garry Disher captures the contradictions of personality like few others. Nobody is as they seem and neither are they all good or bad. Another great story set on the Mornington Peninsula in Victoria. Perhaps this one doesn’t go as deeply into the personality of each key character as some of his other books, but it’s a great read anyway.
Read more
One person found this helpful
Helpful
Report abuse

Kindle Customer
5.0 out of 5 stars Great
Reviewed in Australia on 17 November 2021
Verified Purchase
Gary Disher delivers again.
I have read and enjoyed all of his books,especially the ones set on the Mornington Peninsula.
Being local I enjoy the settings.
Loved the book and read it in 1 day.Very sorry when it finished.
Read more
Helpful
Report abuse

Lisa Bacon-Hall
3.0 out of 5 stars Perfectly fine
Reviewed in Australia on 4 December 2021
Verified Purchase
A good mystery, strong protagonist, just felt it lacked real punch, was interested but not one I couldn’t wait to pick up and read. A little bland for me.
Read more
Helpful
Report abuse

Pat b
TOP 500 REVIEWER
3.0 out of 5 stars Well written
Reviewed in Australia on 8 November 2021
While I really loved Garry Disher’s Constable Paul Hirschausen books set in a small South Australian town, this book didn’t really grab me. Detective Charlie Deravin is under suspension (paid) after (mildly) assaulting his (bully boy) Inspector. So he heads back home to Menlo Beach on the Mornington Peninsula, Victoria, to pick up his surf boards from his dad’s place. His dad, Rhys Deravin along with mates Mark Valente and Noel Saltash were all members of the tiny Menlo Beach police force back in the day.

Since he is back home Charlie starts to ruminate again on what happened to his mother who disappeared 20 years ago. His parents had already separated by then and his father remarried quite quickly. It was rumoured his mother was seeing someone but, as a line of inquiry, it was not followed up well. Charlie himself was, at the time, a newly minted officer fully focussed on searching for Billy Saul a missing 8 year old boy. Many people thought that Charlie’s father had murdered his mother.

So Charlie starts asking questions and speaking to witnesses from 20 years ago. The ‘real’ police are not happy about this. Things take a turn for the worse when Anna, Charlie’s new girlfriend starts getting harassed again. Anna was a juror on a major trial which had to be abandoned and a re-trial set after ‘irregularities’. There was immense pressure on jurors to acquit but Anna would not be swayed. Charlie and Anna met during the trial and soon became an item. Again, not popular with his employers. Also not popular with the criminal friends of the accused and they are both in danger. Then some skeletal remains are found.

Things come to a head one night when Charlie finds one injured and one dead ‘person of interest’ in his mother’s disappearance and the truth comes out at last. It’s not pretty and is very disappointing for Charlie to learn about the true nature of people he trusted and looked up to.

The book was lacking a bit of drama for me and seemed a bit slow at times. But the big disappointment about this book was the ending. It ended very abruptly, I kept looking for more. If I was reading a paper book it would have felt like the last two pages had been torn out. So, while I thought this would be a stand alone book, I’m now not sure because it doesn’t feel complete and yet it wasn’t like a cliffhanger either. I’m actually stumped! Thanks to Netgalley and Text Publishing for the much appreciated arc which I reviewed voluntarily and honestly.
Read more
2 people found this helpful
Helpful
Report abuse

Heidi (but books are better)
TOP 100 REVIEWER
4.0 out of 5 stars Intriguing mystery surrounding a family tragedy
Reviewed in Australia on 16 November 2021
I’ve always enjoyed Garry Disher’s writing style, so I was very excited to get my hands on his latest book. THE WAY IT IS NOW is a standalone crime novel featuring Detective Senior Constable Charlie Deravin, who returns to his old childhood home to spend some downtime whilst he is suspended from duty. Returning to the small coastal town brings back painful memories for Charlie. Twenty years earlier, his mother vanished without a trace, believed a victim of foul play. Charlie’s father, a senior sergeant on the police force, has always been the prime subject, even though nobody could ever prove anything and Rose’s body was never found. With time on his hands and old memories assaulting him, Charlie starts digging into the past ...

Disher is a seasoned, accomplished writer, which shows in the way he brings both his setting as well as his characters to life. This is a slow-burning, character driven story with an atmospheric small town Australian setting that appears almost languid in the beginning. But don’t be fooled, because it is full of scarred and damaged characters, family secrets, regret and disillusionment, and coming to terms with past mistakes. Whilst the mystery surrounding Rose Deravin’s disappearance intrigued me and soon reeled me in, the story was about so much more than a cold case. Disher’s description of life in a small Australian coastal town are spot on and made this tale seem authentic, as did Charlie’s growing disillusionment with his career, which has left him suspecting he worst of his fellow men. There is a rich cast of supporting characters who provide background and red herrings and fleshed the story out nicely. I particularly enjoyed the ethical dilemma of Charlie digging into the past, knowing that his father could be a killer, feeling torn between the love for the man and his suspicions. Set in early 2020, Disher incorporates the historical landmarks that defined that terrible year, from the bushfire crisis to the first appearance of covid cases around the world.

If you are a reader who enjoys a slower, character driven mystery with an authentic small town Australian setting, then Disher is a writer you should definitely turn to. Even though I found the ending a bit rushed, I enjoyed getting caught up in the intrigue and the slow unravelling of secrets that Disher does so well.
Read more
One person found this helpful
Helpful
Report abuse
See all reviews

margaret clare
3.0 out of 5 stars Corrupt Police drama.
Reviewed in the United States on 26 November 2021
Verified Purchase
A slow beginning but the story gathered speed. It increased it's complexity, confused the reader somewhat also. The end was an accelerating drama that tore the story into shreds.
Read more
Report abuse
See all reviews
Back to top
Get to Know Us
Make Money with Us
Let Us Help You
And don't forget:
© 1996-2022, Amazon.com, Inc. or its affiliates