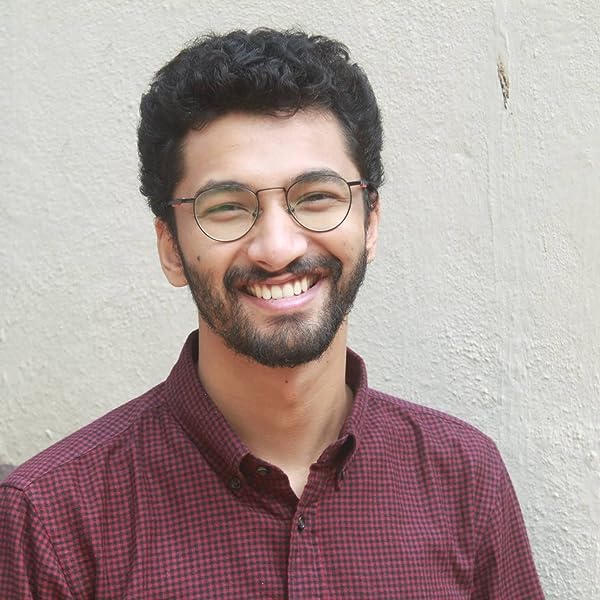 Where Are They Now: A gripping serial killer thriller Paperback – 24 February 2019

by UD Yasha (Author)
4.2 out of 5 stars 528 ratings
See all formats and editions
Sorry, there was a problem loading this page. Try again.

He hides in their house for days, watching their every move. He’s patient. Calm. Calculated. A shadow over their bed. Their screams are music to his ears.

Hello again…this is just the start, there will be more.

When a serial killer leaves a message for detective Siya Rajput at the brutal crime scene of a woman’s murder, she unravels a bone-chilling connection to the mystery that has tormented her since her childhood—the vanishing of her mother, who has been presumed dead for sixteen years.

The crime scene is eerily similar to the work of another serial killer. But Siya had put that serial killer in jail and he is now serving a life sentence.

Hunting down a monster could give Siya answers about her mother’s disappearance. Feisty and headstrong, but still reeling from the horrors of a devastating mistake she had made, Siya has dark secrets of her own. She must now return to the life that had once ripped her world apart.

Finding the truth could make Siya question everything about her life…and also get her killed.

And so begins THE SIYA RAJPUT CRIME THRILLER SERIES, an Amazon US Top 100 bestselling series in June 2020 that has been read by thousands of people across the world.

Fans of Karin Slaughter, Lisa Gardner and Harlan Coben should meet Siya Rajput. Scroll up to one-click your copy and start reading now!

Page 1 of 1 Start overPage 1 of 1
Previous page
Next page
Start reading Where Are They Now on your Kindle in under a minute.

UD Yasha lives in Pune, India with his family. He loves hearing from his readers. You can find him at udyasha.author@gmail.com

4.2 out of 5 stars
4.2 out of 5
528 global ratings
How are ratings calculated?
To calculate the overall star rating and percentage breakdown by star, we don’t use a simple average. Instead, our system considers things like how recent a review is and if the reviewer bought the item on Amazon. It also analyses reviews to verify trustworthiness.

Darklldo
TOP 500 REVIEWER
5.0 out of 5 stars Very enjoyable
Reviewed in Australia on 27 March 2019
I found Where Are They Now refreshingly different from UK murder mysteries that are my usual choices. Mostly series where I get to know the characters.
This novel is different and yet has the same qualities that my favourite authors like Faith Martin, LJ Ross, and Joy Ellis have. It has the same foundation for a murder mystery, a leading lady who, in this case, is a Private Detective and a few well-chosen police officers that one will get to know. She has a family, her sister and her sister's fiance and a dog.
Their mother was abducted 16 years ago and the story is based on whether she is alive or dead and what happened to her.
The difference is that it is based in India and so the surroundings are not the same, and something that I found made it all the more interesting is the English accent. The writer may have written the novel in an Indian dialect and had it translated or maybe she speaks English but not fluently or maybe she is fluent in English and has deliberately chosen her leading lady, who tells the story, to be not quite so fluent whatever the reason it adds a certain piquancy to the telling and keeps it to the forefront of my mind that I am in INDIA, not in some country that speaks English so fluently it feels like home. This doesn't feel like home, it feels like a journey to a new land.
This is the first novel UD Yasha has written and I am not going to say 'I think she will improve' - she has what it takes to be an author we will all get to know and love.
Read more
One person found this helpful
Helpful
Report abuse
See all reviews

D. Elliott
1.0 out of 5 stars Deeply Disturbing
Reviewed in the United Kingdom on 7 February 2022
Verified Purchase
Those who ‘enjoy’ something like ‘Silence of the Lambs’ may well appreciate ‘Where Are They Now’ which has its killer similar to prisoner Lecter and its investigator similar to FBI agent Clarice. ‘Silence of the Lambs’ may be regarded as entertainingly frightening, but ‘Where Are They Now’ is more deeply disturbing and malevolent. Its story is repulsive. It deserves only a single star-rating – unless readers see merit in poorly written narrative with necrophilia as part of a bizarre plot.
Read more
Report abuse

jingojones
3.0 out of 5 stars Not bad
Reviewed in the United Kingdom on 17 February 2022
Verified Purchase
I nearly gave up on this story. It's set in India and most of the names seem to start with the same letter, which can be very confusing for some readers. However I decided to stick with it and I'm glad that I did. Yes there are some very graphic descriptions but the overall plot is good. I'm not sure if I'll read any more in the series but this effort was ok.
Read more
Report abuse

Annabelle
4.0 out of 5 stars Good story
Reviewed in the United Kingdom on 19 February 2022
Verified Purchase
I enjoyed the storyline and characters although it was strange to follow writings from a different culture. I think reading more from this author would hall the reader get into the mind set of the book. Nevertheless a good read.
Read more
Report abuse

dee
1.0 out of 5 stars Dreadful
Reviewed in the United Kingdom on 13 February 2022
Verified Purchase
This book of sleaze holds no storyline. Just massive killings = all Indian names which are very confusing to the English reader. OK I know it's in India but I did not like this book, creepy = slimy,
Read more
Report abuse