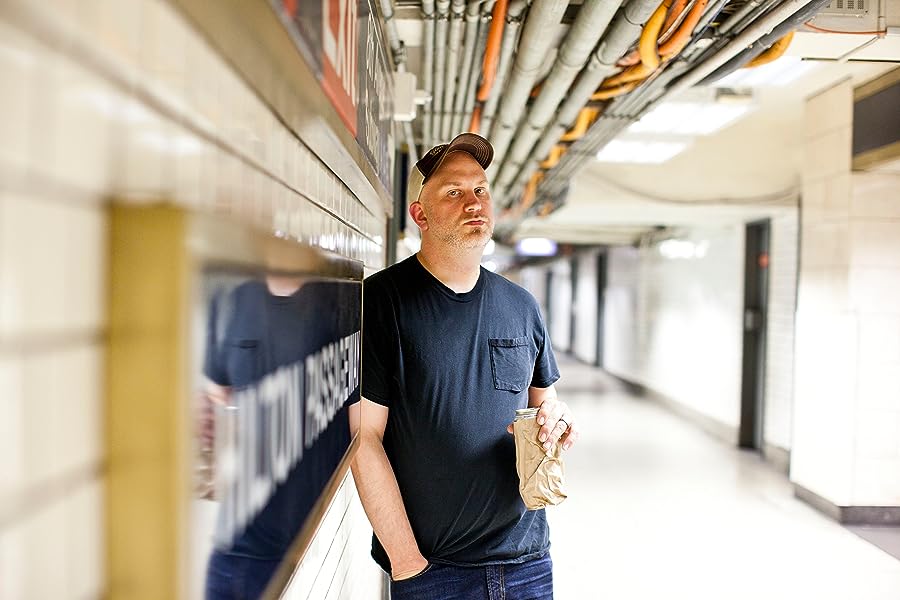 by Tony Rettman (Author), Tesco Vee (Foreword) (Author)
4.7 out of 5 stars 33 ratings
See all formats and editions
Sorry, there was a problem loading this page. Try again.
In the early 70s, Detroit was the musical hub of America, but by the early eighties, it was a wasteland. It took a group of skateboarders, a teacher and a census clerk to wake the city up and start one of the first hardcore punk scenes in America. <P>"Why Be Something That You're Not" chronicles the first wave of Detroit hardcore from its origins in the late 70s to its demise in the mid-80s. Through oral histories and extensive imagery, the book proves that even though the California beach towns might have created the look and style of hardcore punk, it was the Detroit scene - along with a handful of other cities - that cultivated the music's grassroots aesthetic before most cultural hot spots around the globe even knew what the music was about. <P>The book includes interviews with members of The Fix, Violent Apathy, Negative Approach, Necros, Pagans, Bored Youth, and L-Seven along with other people who had a hand in the early hardcore scene like Ian MacKaye, Tesco Vee and Dave Stimson.
Read more
Previous page
Next page

...Tony talks first person to the people who you idolize: this from Steve Miller of The Fix on the D.C. scene and straight edge: "all those kids in those hardcore bands were throwing out their Aerosmith and AC/DC records. It all seemed fishy to me." This, Barry Hensler, Ian Mackaye, Dave Stimpson, Tesco Vee, and John Brannon chatting like they're at a sleepover. Tony's gift as a writer is not what he knows, which borders on the obsessive, but his ear for the language and music he loves, and his gift for capturing rhetorical pratfalls. This is his head and his heart. Now will someone please pay him to write about Abba and/or Roger Nichols? --Elisa Ambrogio, Arthur Magazine

Upon a quick glance, one may wonder why there is a tome dedicated to such a finite period of time within the hardcore movement, but it does not take long to understand the significance of Detroit within the emergence of the larger American hardcore scene. Tony Rettman does a magnificent job chronicling the birth of Detroit s underground punk movement through copious interviews and poignant and occasionally hilarious anecdotes. For many music fans, Detroit punk usually connotes the MC5 and The Stooges, and when one progresses into the onset of the Reagan years, Necros and Negative Approach instantly come to mind. Both of those bands are given the celebration they deserve through the hardened tales of those who lived it. However, Rettman digs deeper to illuminate the impact of more experimental and visionary individuals such as Larissa Strickland, whose band L-Seven did not fit neatly into any particular label, local teacher Russ Gibb who actually used a new media called cable to put local bands on television, and Tesco Vee s side project Blight, whose use of a trumpet simply perplexed many punks. The book also illuminates the power of fanzines and basic letter writing which now comes across as quaint in the midst of the internet age. The images of the flyers which permeate the book will certainly take old timers back to when self-promotion was done by hand and not by websites. While bands today can earn a massive following by simply posting MP3 s, the dawn of the 80 s saw farsighted masterminds such as Tesco Vee and Dave Stimson concoct the Touch and Go fanzine to reveal the blunt force of the Midwest to the rest of the nation. Suddenly, through zines and true D.I.Y. aesthetic, shows were arraigned and bands like Black Flag, the Circle Jerks, and Minor Threat crossed paths with local acts like Bored Youth, Violent Apathy, and the legendary Meatmen. Why Be Something That You re Not takes the reader into the bowels of clubs like The Freezer, Nunzio s, and Clutch Cargo s where these bands of kids came together to play for each other and for the love of truly making something unique. Rettman also reveals some of the back-biting and cliques that emerged within the movement, with a great deal of frustration vented towards The Fix, a band that toured the West coast only to return to a very different Detroit, and even Necros once they grew their hair. Within the pages are the struggles and labor of love that defined these bands and their true amazement that anyone outside of their little crew would appreciate and even be inspired by what they were doing. There are highly interesting sidebars as well, including the background of Fear s memorable performance on Saturday Night Live, and an uproarious little tale about a leather-clad Rob Halford being brought by limo to a punk club by mistake in his quest to find a gay bar. First hand accounts range from local roadies to Ian MacKaye and Steve Shelley who played drums in the always controversial Crucifucks before moving on to Sonic Youth. At roughly 160 pages the book ends abruptly, but that seems fitting, as the Detroit scene itself seemed to implode with astonishing speed as the shows became scenes of mindless violence by people who came looking for a fight and completely missed the relevance of the music. However, Rettman provides an exhaustive list of the shows, bands, and releases that helped to alert the nation that there was something special happening in Detroit. While many hardcore fans reminisce about the LA, Boston, and DC scenes, Why Be Something That You re Not will certainly educate or remind readers the impact Detroit had and should motivate people to either reconnect or discover these acts for themselves. --Rich Quinlan, Jersey Beat

A previously under documented small and insular scene's story is now legend for good reason; the music. The Necros, The Meatmen, Negative Approach... Why Be Something That You're Not unfurls in insightful and often hilarious dialog from it's participants. Consider this the mid-west 'Please Kill Me.' --Dave Markey, Director: '1991 - The Year Punk Broke'

Tony Rettman is a freelance music journalist whose work has appeared in The Village Voice, Arthur, Swindle, Signal to Noise and Mean. He is also a regular contributor to on-line publications such as Swingset, Terminal Boredom, Blastitude and Double Cross and provided liner notes for releases by such artists as Religious Knives, King Darves and Violent Students. He currently resides on the north shore of Long Island, New York with his girlfriend and cat.
Tell the Publisher!
I’d like to read this book on Kindle

4.7 out of 5 stars
4.7 out of 5
33 global ratings
How are ratings calculated?
To calculate the overall star rating and percentage breakdown by star, we don’t use a simple average. Instead, our system considers things like how recent a review is and if the reviewer bought the item on Amazon. It also analyses reviews to verify trustworthiness.

Brandon Barg
5.0 out of 5 stars The most important Hardcore Punk book
Reviewed in the United States on 30 March 2021
Verified Purchase
A great book about the most important Hardcore Punk scene in the US. Detroit is constantly overlooked when it comes to this time and era. Being part of the Detroit scene it's very humourous to read about alot of the people I came to meet and know years later. A great book for someone who is tired of hearing the same old crap from LA and NY.
Read more
One person found this helpful
Report abuse

ReviewsAreTheReason
5.0 out of 5 stars Great Read!
Reviewed in the United States on 4 April 2013
Verified Purchase
Not being from the Mid-West, I was fascinated by the Detroit/Mid-West hardcore punk scene for quite a while. This book truly takes you into the heart and soul of this amazing and not talked about enough scene. So many cool stories, pictures, flyers and a whole lot more. Worth every penny!
Read more
Report abuse

billyIDOLESS
5.0 out of 5 stars A history of an underrated scene.
Reviewed in the United States on 29 August 2011
Verified Purchase
After reading other, similar books (American Hardcore, Dance of Days, etc.), I was always a bit upset that Midwest hardcore was so little documented. This book does a great job profiling the people and places of Detroit (and outside) hardcore punk. Plenty of great info on Tesco Vee and Touch and Go, and the role the Lansing/Detroit scene had in local music evolution.

On top of focusing on the great local bands (including many lesser known and underrated acts), the book further documents Detroit as a lynchpin between west coast and DC/New York hardcore. Great pictures and a clear description of the evolution of alternative music in the mitten state. I've already begun re-reading it.
Read more
One person found this helpful
Report abuse