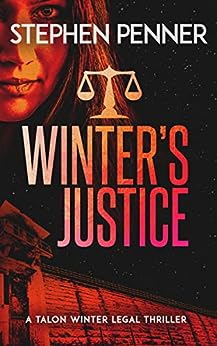 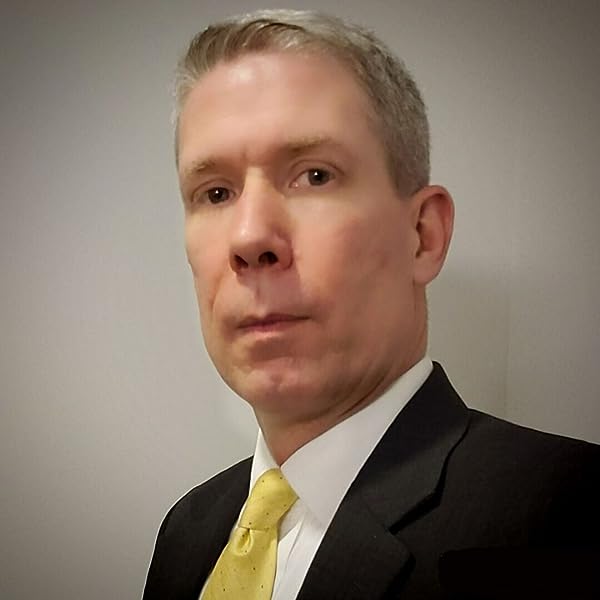 by Stephen Penner (Author) Format: Kindle Edition
See all formats and editions
Sorry, there was a problem loading this page. Try again.
WHEN YOU FIGHT THE SYSTEM, THE SYSTEM FIGHTS BACK

Karim Jackson, college student and social justice activist, joins a protest at a newly completed private jail in downtown Tacoma, Washington. When the director of the jail comes out to confront the protesters, a physical altercation ensues. The director ends up on the ground with a fatal head wound, and Karim ends up arrested for his murder.
Attorney Talon Winter defends Karim against the murder charges, struggling to convince the prosecutor that Karim didn’t actually cause the death and anyway he was acting in self-defense. But the prosecutor isn’t going to cut a deal for someone accused of killing one of their own. When Talon gets too close to the truth, a third lawyer jumps in—a partner from Talon's old law firm, representing the private jail company.
Talon battles both the power of the government and the corporate prison complex to save a man from losing his freedom for a crime he didn’t commit.

Winter’s Justice is Book 4 in the top-rated legal thriller series featuring hard-nosed criminal defense attorney Talon Winter. Each book in the series can be read as a stand-alone novel, but also follows the personal and professional growth of Talon and her friends and foes.

If you're looking for an authentic legal thriller that doesn’t shy away from the big issues in the criminal justice system, you’ll love Winter’s Justice
Read more
Previous page
Next page

Stephen Penner is an author, artist, and attorney from Seattle, Washington.

Stephen began his legal career as a criminal defense attorney, appearing in federal, state, and municipal courts throughout the State of Washington. After several years of defense work, Stephen 'switched sides' and became a prosecutor. He has been practicing criminal law for over 25 years, working his way up from misdemeanor offenses, to felonies, and finally to homicides. He has conducted over 100 trials and now calls on his extensive experience to supervise other prosecutors.

In his spare time, Stephen enjoys painting, drawing, and spending time with his family. For more information, visit his website www.stephenpenner.com.

4.4 out of 5 stars
4.4 out of 5
726 global ratings
How are ratings calculated?
To calculate the overall star rating and percentage breakdown by star, we don’t use a simple average. Instead, our system considers things like how recent a review is and if the reviewer bought the item on Amazon. It also analyses reviews to verify trustworthiness.

Leonie
1.0 out of 5 stars Story could have been told in half as many pages.
Reviewed in Australia on 2 March 2022
Verified Purchase
Far too many descriptive passages. I mean, did we really need 6 pages of legal jargon explaining the differences between murder, manslaughter etc. Even the plot was very thin, I think most readers would have figured out who dunnit very early.
Overall..Boring and a waste of money.
Read more
Helpful
Report abuse

joy m johnson
5.0 out of 5 stars Great story
Reviewed in Australia on 1 February 2022
Verified Purchase
Great story....love courtroom scenes. This lawyer character sure has a lot of energy and doesn't give up getting a result for her client.
Read more
Helpful
Report abuse
See all reviews

Peter Ffrench
5.0 out of 5 stars Great name !
Reviewed in the United Kingdom on 30 January 2022
Verified Purchase
Super story but is the American justice system really so stupid and who thinks Talon is a good first name for a girl, if she'd been a boy would she have been called Clawed ? Apart from that she is a good lead character with plenty of attitude and a way with words. Thumbs up from me.
Read more
Report abuse

Jancee
5.0 out of 5 stars Great book
Reviewed in the United Kingdom on 5 February 2022
Verified Purchase
I thoroughly enjoyed this book. The characters were believable, and the content around the law had me interested, not bored at all. A predictable ending to the court case, but I'd have been gutted if it had been any other way.
Read more
Report abuse

Darshan Dhanda
5.0 out of 5 stars No Spoilers
Reviewed in the United Kingdom on 12 April 2022
Verified Purchase
No Spoilers
Read more
Report abuse

R.H. McCort
4.0 out of 5 stars Talon Winter great story
Reviewed in the United States on 14 December 2020
Verified Purchase
Talon Winter, criminal defense attorney is at a demonstration with her friend Shayla Jackson and her brother Karim when James Dank, Director of the Pierce Regional Correctional comes out and swings at Karim. Karim only trying to defend himself pushes Mr. Dank and the next thing that happens is Mr. Dank is dead and Karim is on trial for murder. Talon has her work cut out for her, but even with having to move her office, find someone new to assist with getting information on Mr. Dank and going up against her prior boss Helen Hampton Montclair all add to the body of the story and keep the reader turning the pages.
Read more
One person found this helpful
Report abuse
See all reviews
Report an issue
Does this item contain inappropriate content?
Report
Do you believe that this item violates a copyright?
Report
Does this item contain quality or formatting issues?
Report