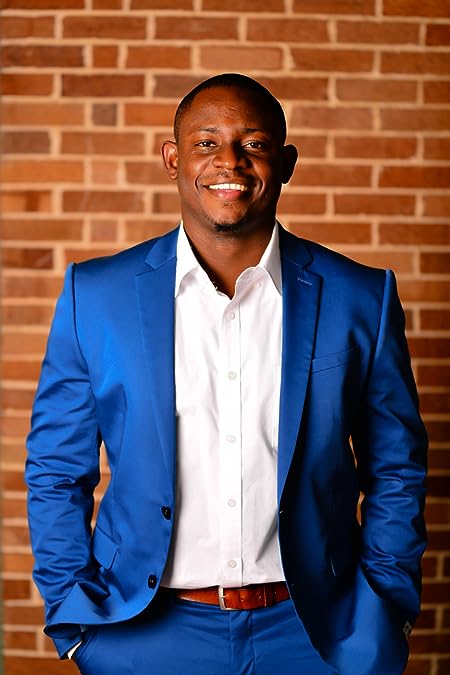 Pierre Alex Jeanty, Founder of Gentlemenhood™ and CEO of Jeanius Publishing, is a Haitian-American author, poet, and influencer, who is devoted to making an impact through his writing. He primarily focuses on poetically sharing his journey, lessons, and mistakes along the paths of manhood and love. Pierre vows to share his wisdom with all, in hopes of inspiring men to become better, and to be a voice of hope to women who have lost faith in good men. This is the vision of his brand, and the agenda he follows as a writer.

Pierre was born in Port-Aux-Prince, Haiti, where he resided until February 2000 when he moved to the United States of America in hopes of finding a better life. Pierre learned English by watching cartoons, and attending ESOL classes in middle school. After graduating from Immokalee High School, he attended Bowdoin College in Brunswick, Maine. An academic suspension forced him to find a way to flourish using his interest in online networking, a choice which fostered the passion and development of his writing career.

Pierre currently resides in southwest Florida with his family and travels as a speaker as he continues to write. 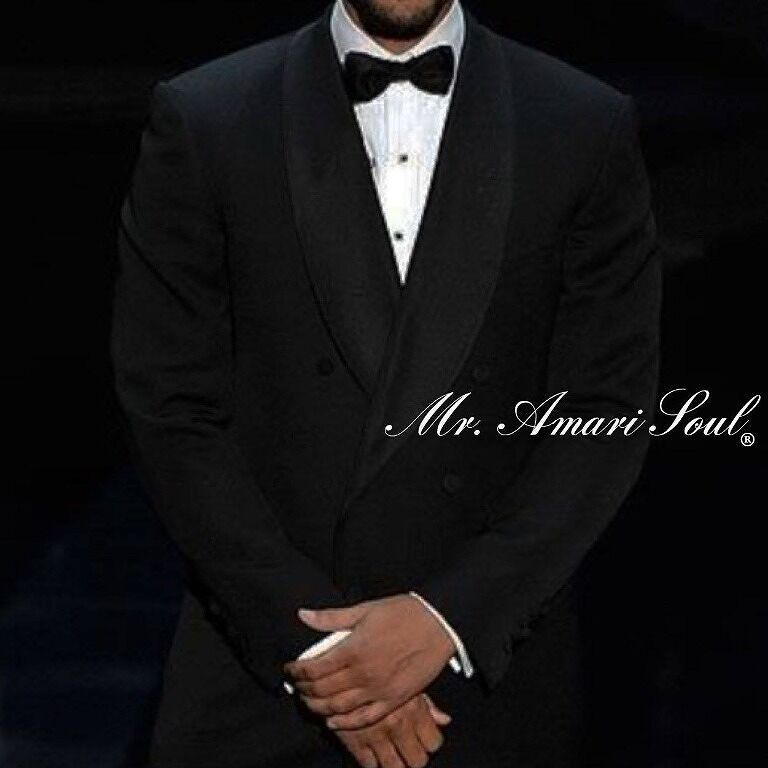 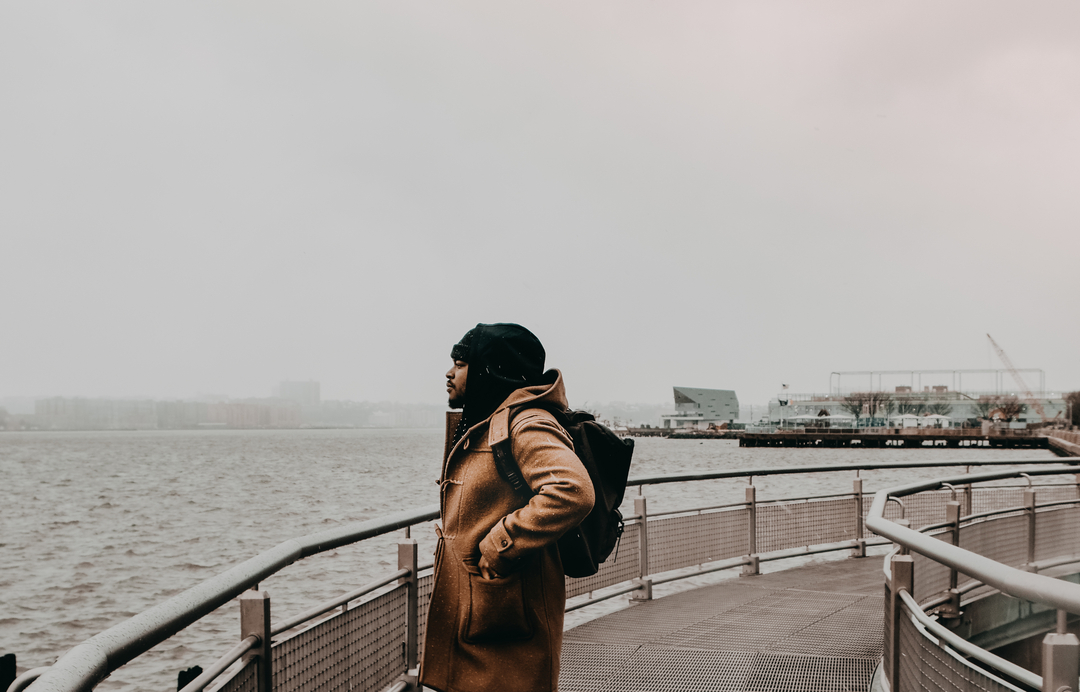 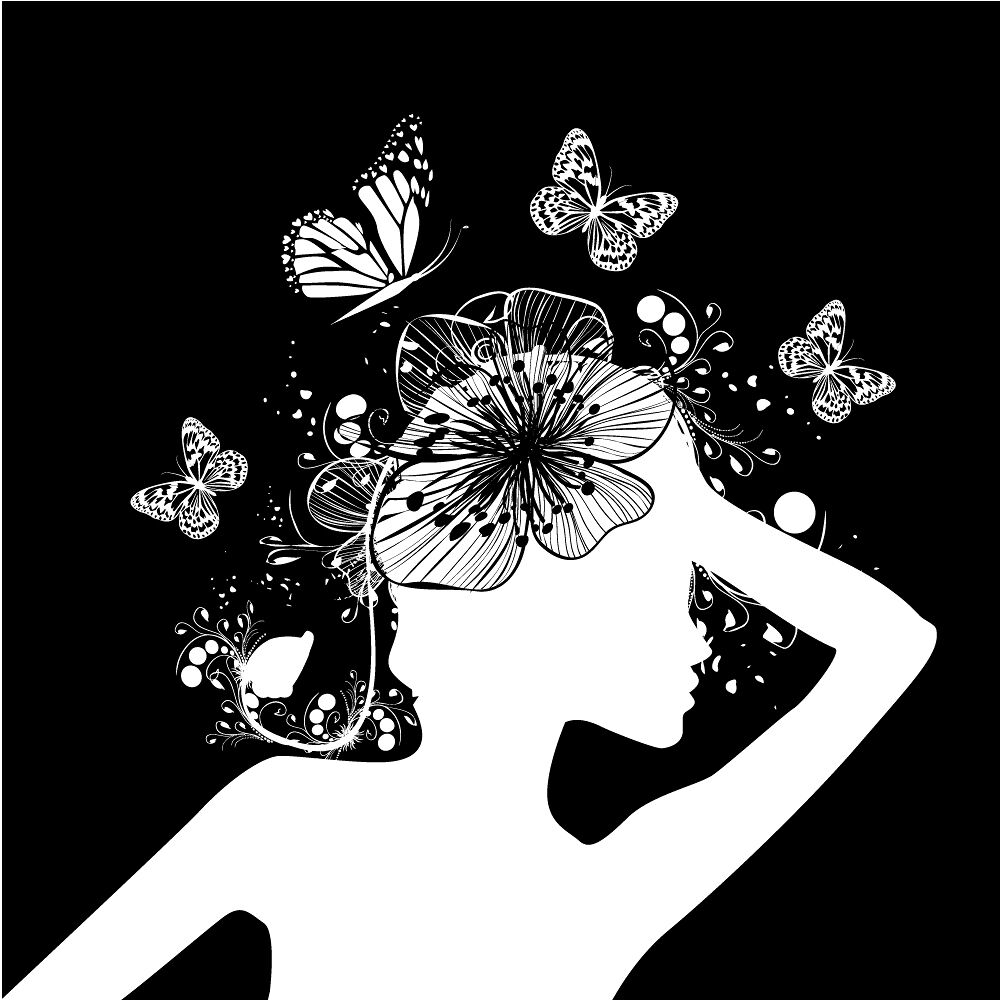 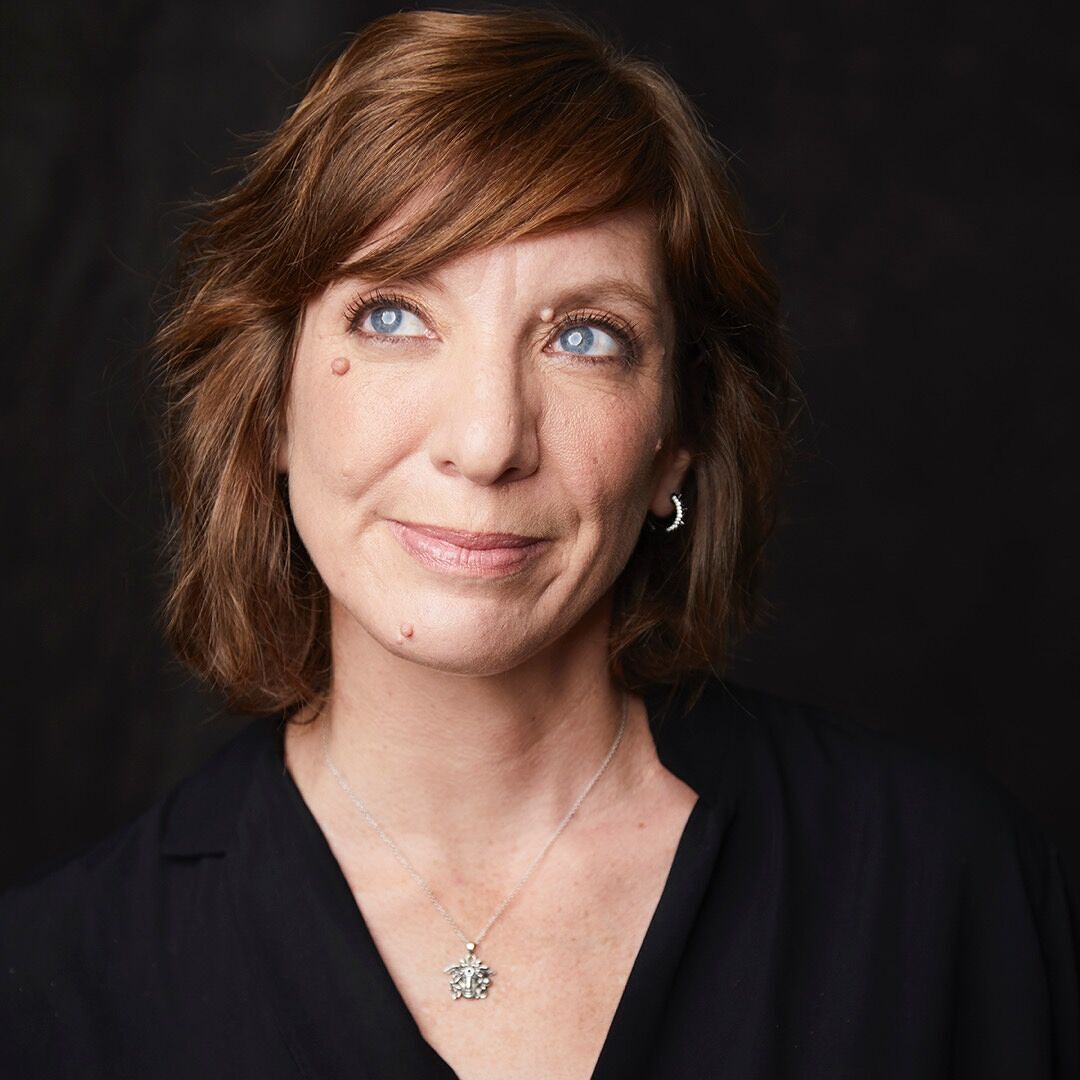 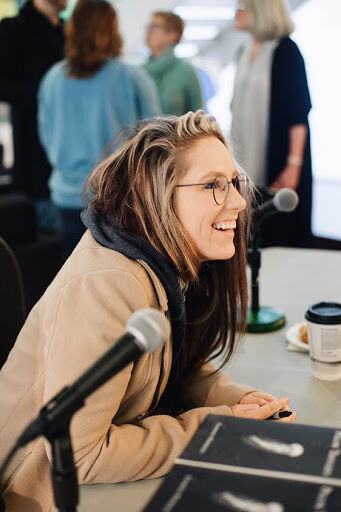 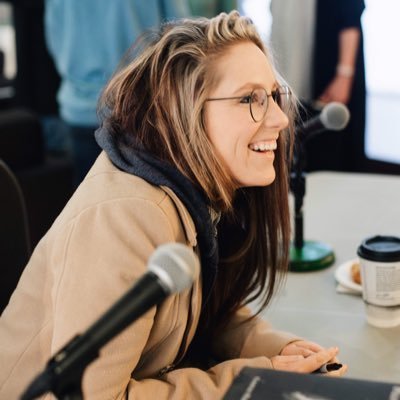 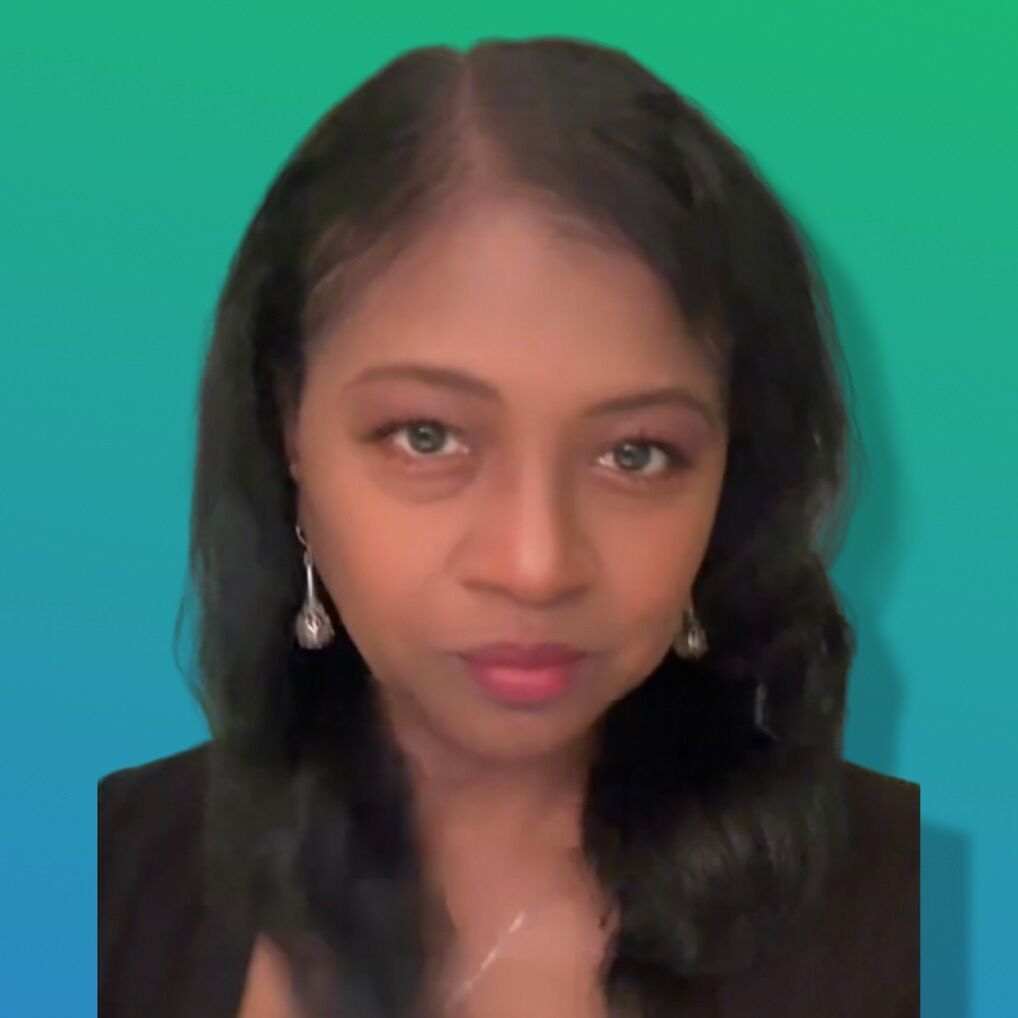 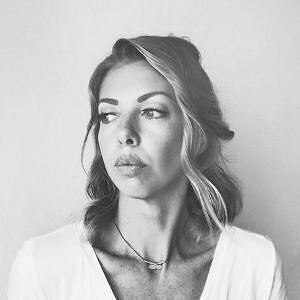 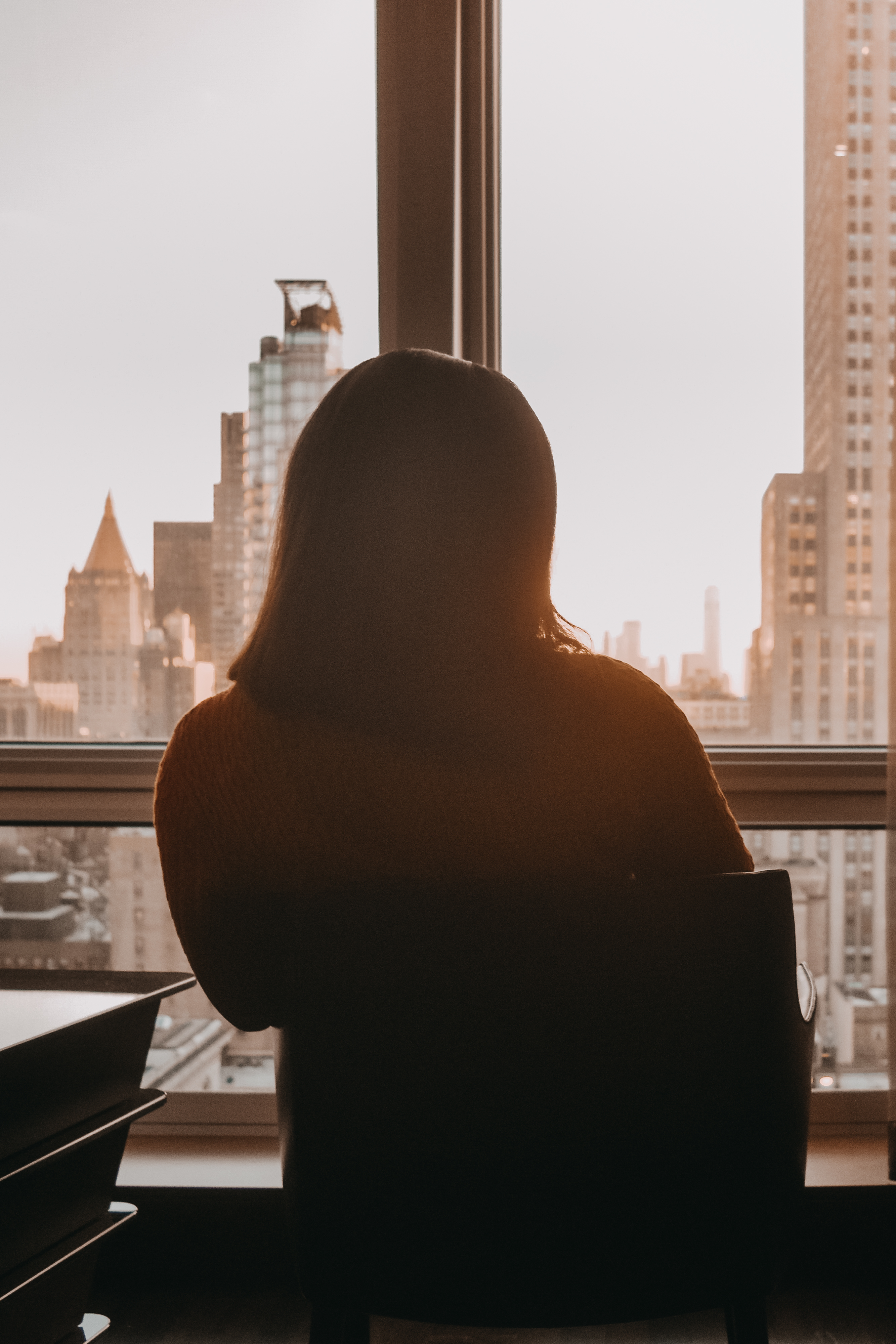 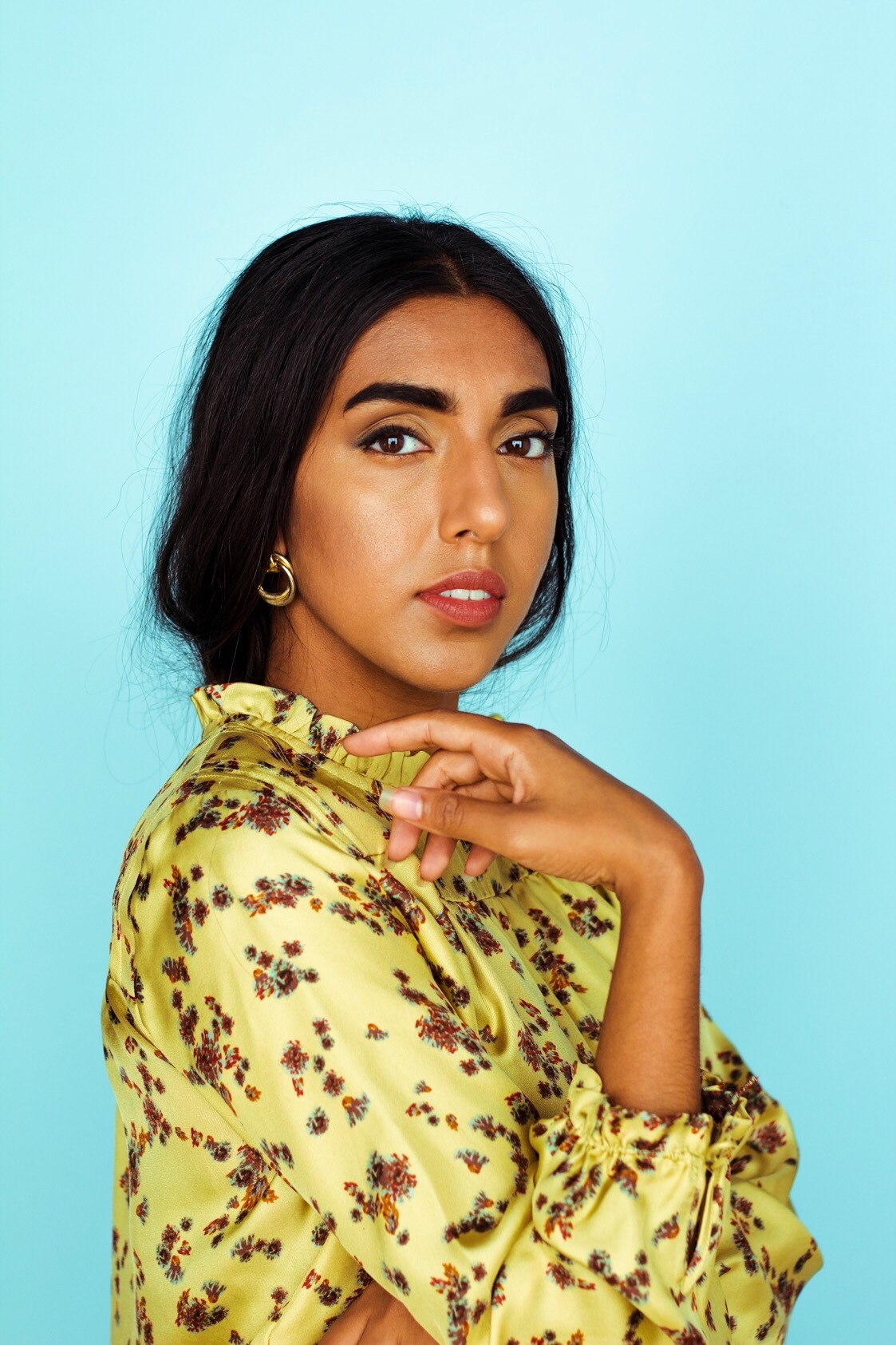 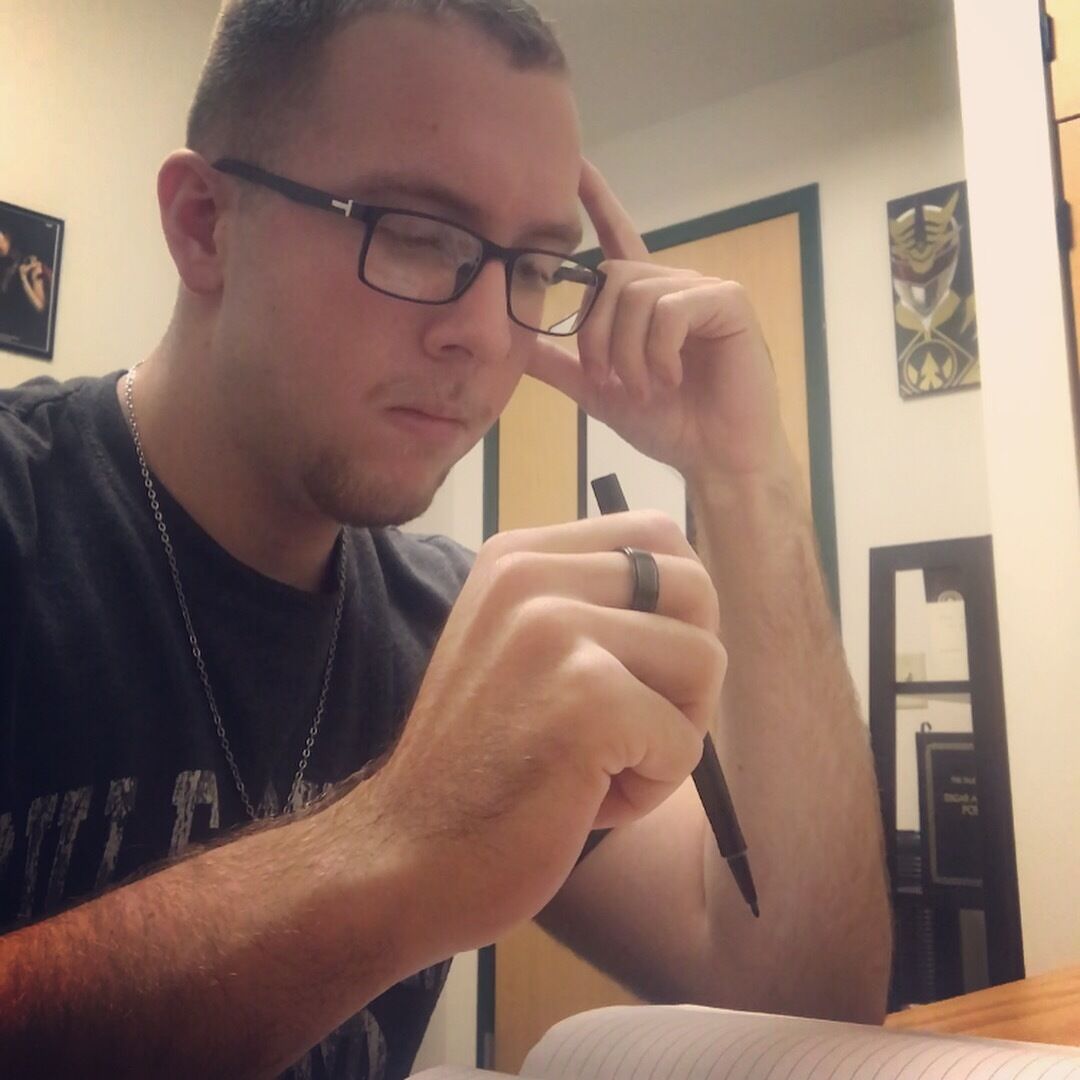 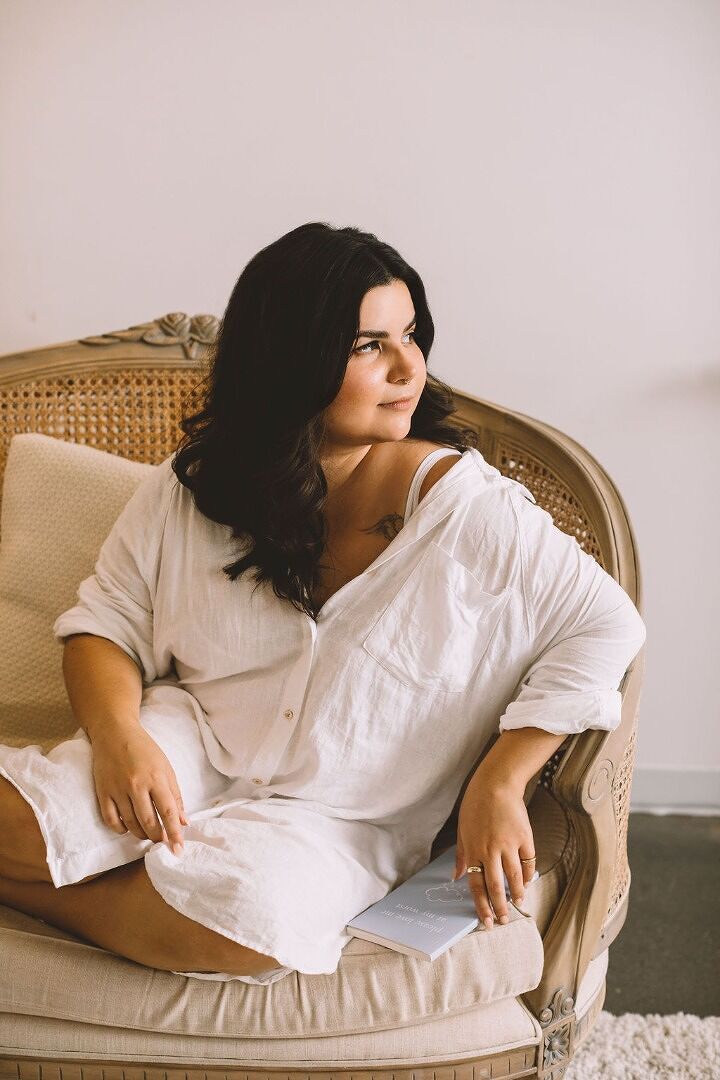 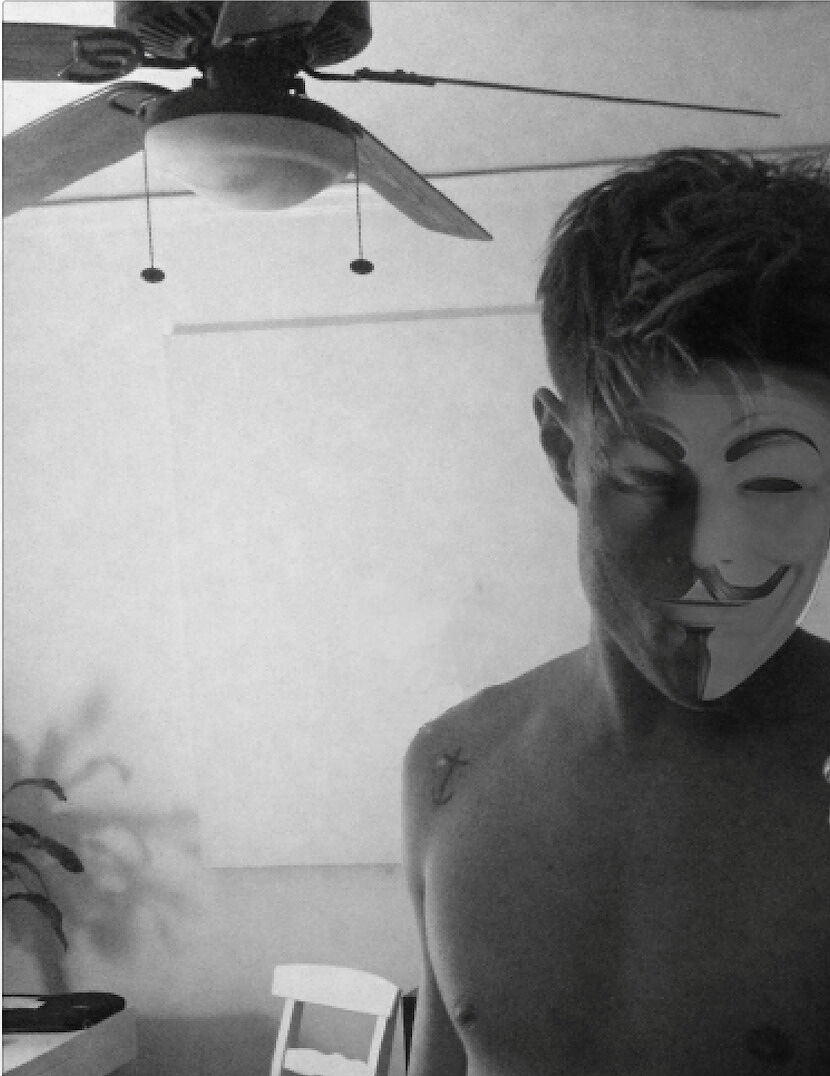 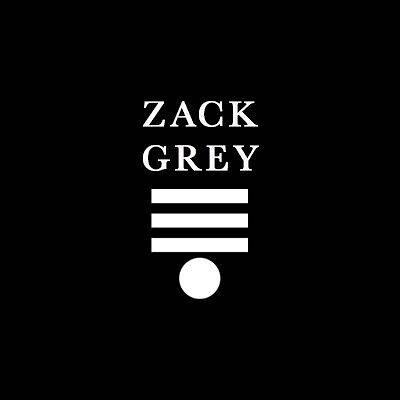 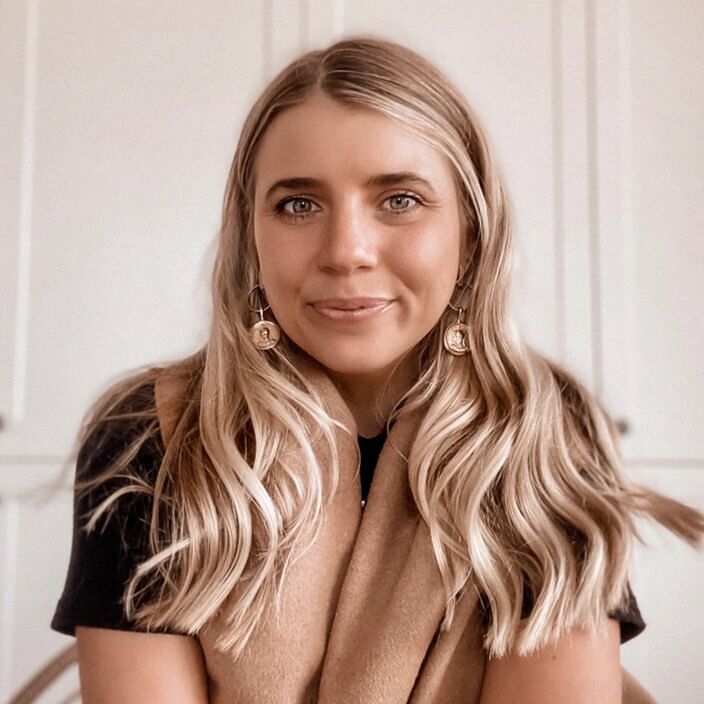 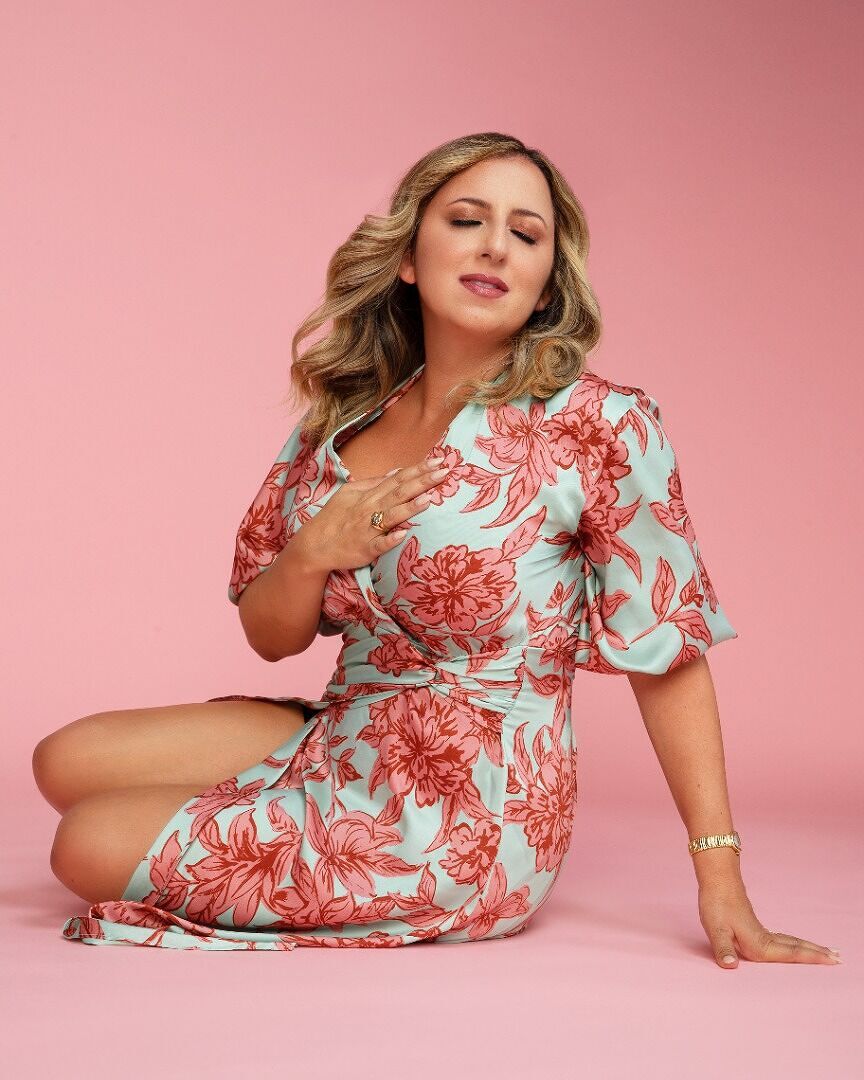 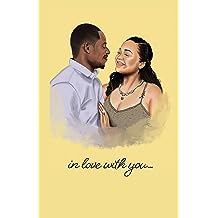 In love with you 25/04/2018
by Pierre Alex Jeanty, Sarah Plamondon
( 195 )
$7.04
A short surprise to my beautiful wife. A chapbook about love and marriage to you.
Read more
Other Formats:: Paperback
includes tax, if applicable 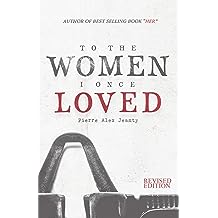 To The Women I Once Loved 30/09/2015
by Pierre Alex Jeanty, TreManda Pewett, Katherine Vance, Sarah Plamondon, Carla Huger
( 624 )
$8.99
“TO THE WOMEN I ONCE LOVED” is a reflection of a poet’s heart, his inner feelings towards past relationships, and how they have contributed to the man he has become. Each piece brings consciousness to female attributes that ought to be glorified, and qualities men often neglect. While proving that who we become has a direct correlation to who we’ve opened ourselves to, Pierre displays love and loss in a way that emanates hope.
Read more
Other Formats:: Paperback
includes tax, if applicable 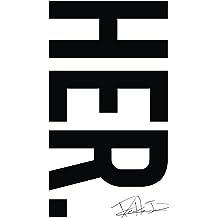 HER 14/03/2017
by Pierre Alex Jeanty, TreManda Pewett, Carla Huger, Sarah Plamondon
( 18,938 )
$11.99
Women are misunderstood. I’ve heard it many times, so have you. Fewer things are more frustrating than voicing concerns and not truly being heard. Or trying to express yourself, but not finding the right words.

“HER” is collection of poems that has become an inspiration for many women and a guide for many men. Women are praising this book because EVERY woman can see a reflection of herself and her heart on these pages. Originally written from the perspective of a man trying to help other men get a clue, this short and simple read has become a go-to for the communication ladies seek. The kind you post and others love because it rings true!

Whether you are trying to communicate with your partner, working on your self-love, trying to find closure to let go, or just need a boost of inspiration, there’s a quote that will speak to you
Read more
Other Formats:: Paperback
includes tax, if applicable 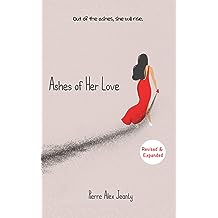 Ashes of Her Love 21/08/2019
by Pierre Alex Jeanty, Jada Hawkins, Ivy Tran, Carla DuPont, Sarah Plamondon
( 8,873 )
$11.99
After the burning blaze of a failed relationship, she is often left alone to deal with the smoking aftermath. Best-selling author Pierre Alex Jeanty helps to bring clarity and understanding to the countless women who are faced with the reality of heartbreak. Ashes of Her Love exposes the fire for what it truly was, and encourages women to drown out the embers that threaten to reignite.

With this book, women are inspired to free themselves from the weight of dead relationships, find freedom in walking away, and are empowered to stay away and avoid the reoccurring cycle of heartache.

If you’re in a dying relationship, walking away from a terrible love story, learning to put what is no longer good in the past, Ashes of Her love is the fire you need to turn the pages and start writing a new love story. The ending is just the beginning…
Read more
Other Formats:: Paperback
includes tax, if applicable 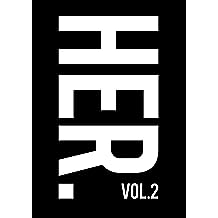 HER II 13/08/2017
by Pierre Alex Jeanty, Tremanda Pewett, Carla Huger
( 6,045 )
$11.99
A continuation of the wildly successful best seller "Her", Pierre Alex Jeanty brings explosive emotion to "Her 2". This celebration of femininity and self-love also explores the woes of love. He offers warnings of the wrong types of attraction while encouraging healthy, fun, and devout relationships of the purest form. "Her 2" tugs at the heart strings using short sentiments and vivid, poetic imagery that echo through the chambers of the heart and mind. "Her 2" is sure to be a classic poetic masterpiece for years to come.
Read more
Other Formats:: Paperback
includes tax, if applicable 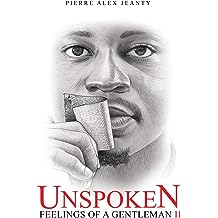 Unspoken Feelings of a Gentleman II 19/03/2017
by Pierre Jeanty, Dana Jackson, Carla Huger
( 146 )
$11.99
What is left unsaid can often be more detrimental to any relationship than most believe. Unspoken words seem to alter what has actually been spoken, more than most people realize. This book is the continuation of the story of a man who was bound by pain, imprisoned by guilt, and faced many obstacles while rising above it all. Through every page of this unofficial man's guide to emotions and relationships, you will find yourself walking through the mind of a man as he journeys into love and out of the grip of the burdens life lays out on a human’s path, along with the false ideologies society implanted in us. This book is intended to help men dive into the uncharted territory of their innermost feelings, helping the scales fall off of their eyes while allowing women to get a glimpse inside the thoughts of some of their lovers.
Read more
Other Formats:: Paperback
includes tax, if applicable 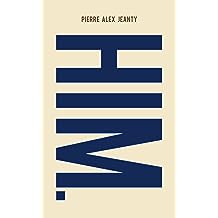 HIM is a collection of "he-poetry" in a world of “she-poems” that tends to only refer to him when speaking ill. Through poetry and prose, Pierre wears his heart on paper and pens a tribute to men; their undelivered feelings, unrecognized strength, their loud silence, and their neglected complaints. HIM celebrates good men, their love, their worth, and their beauty. The characteristics that often fall into the shadows are now brought to life.
Read more
Other Formats:: Paperback
includes tax, if applicable
Back to top
Get to Know Us
Make Money with Us
Let Us Help You
And don't forget:
© 1996-2022, Amazon.com, Inc. or its affiliates